Several major news outlets are now confirming the bombs which were used in Boston yesterday were “made of pressure cookers packed with metal and ball bearings.” Inspire, the glossy magazine-style publication put out by al Qaeda, detailed how to make pressure cooker bombs a few years ago.

There is still no public information on which group, foreign or domestic, is responsible for Monday’s act of terror. However, al Qaeda’s jihadist magazine, which is easily found online, offered detailed instructions for making the type of bomb that appears to have been used in the attack. In theory, that information could have been downloaded by anyone with access to the internet.

In a section called “Open Source Jihad” the magazine presented an 8-page article with the title “Make a bomb in the kitchen of your mom.” 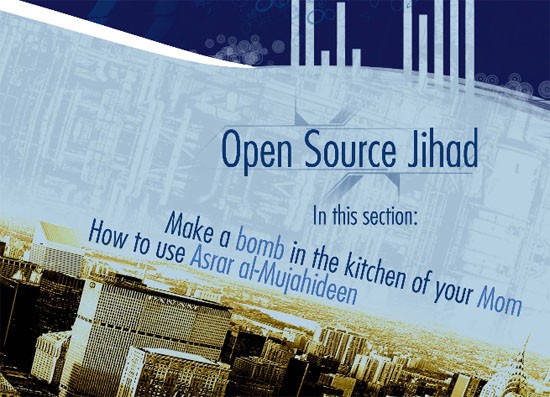 The article offered step by step instructions with more than two dozen photos explaining how to produce a deadly time bomb from ordinary household items. The pressure cooker bomb was presented as the “most effective method.” 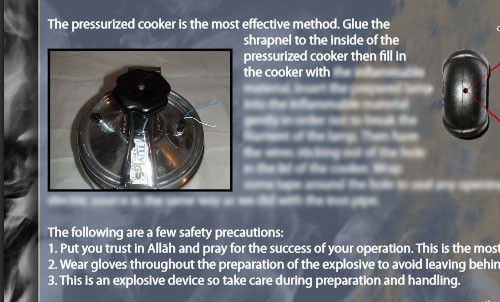 The article also described how, and what type, of shrapnel to include it in the bomb. Would be bomb-makers are advised to wear gloves to avoid leaving fingerprints.

Again, the fact that this type of bomb was described by al Qaeda does not mean al Qaeda is responsible for this attack. Anyone looking to create an act of terror could have easily found this information online.