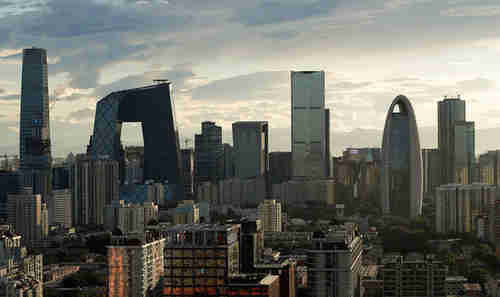 China’s Shanghai stock market index fell 1.2% on Tuesday, which is not that much, but possibly more significant was China’s Caixin manufacturing index, which showed the quickest factory contraction in China in years. China’s economic slowdown is raising concerns around the world. Japan’s Nikkei index fell 4% on Tuesday, and stocks in London fell 3%.

Tuesday was a very rocky day on Wall Street, with the Dow falling 570 points at one point, ending the day down 470 points, or 2.8%.

With the S&P 500 Price/Earnings ratio (stock valuation index) above 20, far above the historical average of 15, Wall Street stocks are in a huge bubble that must burst and collapse at some point. ( “28-Aug-15 World View — Explanation of Price/Earnings ratio and Stock Valuations”)

It is impossible to predict when that will happen, but as I have been saying for a few weeks, it may be happening right now. The analogy with the 1929 crash is as follows: The market peaked on September 3, and fell steadily after that, not reaching a bottom for three years, only reaching a bottom on July 11, 1932. However, when people talk about “the 1929 crash,” they are not talking about any of that. They are talking about October 28, 1929, when stocks fell 13% in one day, and the country was in a state of panic that is still imprinted on people’s memory to this day (like September 11, 2001, for a different reason).

The current volatility in stock prices — surging upward one day, falling the next — is a sign that a collapse may be near. If stock prices settle down, then things can continue as before. But if this volatility continues and grows, especially with astronomically high stock valuations, it’s a sign that the inevitable panic may be close.

If we are in fact now in the middle of a collapse of the stock market bubble, then a day like October 28, 1929, has not yet occurred. That day will come at some point, possibly soon, and it will be remembered for decades. CNN and USA Today and CNN

It is not just stocks that are extremely volatile — it is commodities too. Oil was the most extreme. The price of a barrel of oil has been surging, up 27% in three days, to $49.20 per barrel (West Texas Intermediate) on Monday. Then on Tuesday, it fell 7.7%, back to $45.41.

This leads to a concept that I have been developing that the current Wall Street stock market bubble is being affected far more by exogenous factors than by domestic factors, and that this is a change from previous bubbles.

The 1929 stock market bubble was almost completely internal to the United States. The late 1990s bubble was based almost entirely on technological financing within the United States. The 2007-8 financial crisis was caused by the deflation of the American real estate bubble and deleveraging of subprime mortgage backed synthetic securities, almost always from American banks.

I understand that total debt in the United States is $60 trillion, of which $18 trillion is federal government debt. I have also read that total debt in the world is $230 trillion. So, once again, the debt exposure of the United States is big, but only a small fraction of the world debt, in countries with whose economies are interlocked with ours. That means that if almost anyone else sneezes, then we catch a cold.

I have actually been nibbling at this theory for a few weeks, trying to explore some of these concepts in the currency area, when I have been writing about the devaluation of the Chinese yuan, and then crashing of commodities and various African currencies. These actions have all strengthened the US dollar, making the US goods and services less competitive in the world. In addition, this past weeks there was news that China is selling off over $100 billion of US Treasuries. This will strengthen the American dollar even more, possibly significantly, and the make the US even less competitive in world trade. This would be an example of how the current situation is significantly different from previous ones, because today we’re reacting to exogenous events, not internal ones as in the past.

If these observations about exogenous events are correct, then America may have less control over what’s happening than even the already clueless mainstream analysts and politicians believe. Bloomberg and Dow Jones and Bloomberg(8/27)

China rescues the stock market every day at 2 pm

Every day for the last four days, the Shanghai stock market index fell sharply in the opening, down 4-6%. But then, in the afternoon, like magic, the index starts to rise, so that by the end of the day, it has only fallen 1% or so.

It turns out that this afternoon magic is a conscious policy by the Chinese. Every day around 2 pm, the Chinese use government-backed funds to make huge purchases of shares in large capitalization companies.

According to analysts, individual retail investors are selling off in the morning, and then Chinese officials are intervening in the afternoon. Chinese officials do not want anything to spoil their World War II victory parade celebration on Thursday. However, this kind of intervention may end on Friday, after the victory parade has ended. Bloomberg

According to reports, Chinese authorities arrested almost 200 people over the weekend. These include journalists, critics and traders. Once arrested they’re forced to confess. One local journalist was forced to confess on national state television that he had spread information that caused “panic and disorder.”

Radio and television stations must substantially cut down on coverage of the stock market and strictly observe the following rules:

Necessary coverage of the stock market must be completely balanced, objective, and rational. Do not join the chorus of the bull or bear market. Rationally lead market expectations to prevent inappropriate reports from causing the market to spike or crash.

Without exception, discontinue discussions, expert interviews, and on-site live coverage. Do not conduct in-depth analysis, and do not speculate on or assess the direction of the market. Do not exaggerate panic or sadness. Do not use emotionally charged words such as “slump,” “spike,” or “collapse.”