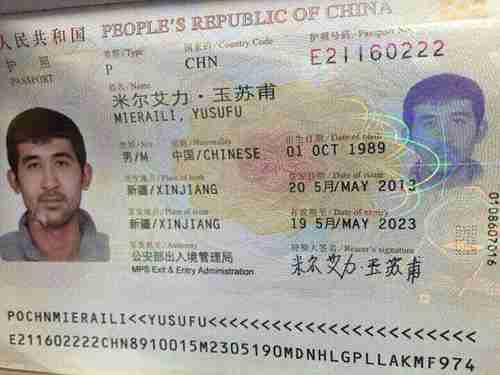 Thai officials have arrested a suspect in last month’s bombing of the Erawan Hindu Shrine in Bangkok. It’s believed that the arrested man is a Turkish national, although Thai officials are refusing to confirm that, pending DNA and fingerprint tests. In the last couple of days. four new arrest warrants have been issued. All four have been for men identified as Turkish nationals.

Thailand was shocked last month by the bombing of the Erawan Shrine, a Hindu shrine in Bangkok, Thailand, killing 20 people, with no one claiming responsibility. When we first reported the bombing, there were various suspected perpetrators, including the “red shirts” or the “yellow shirts” or the Malay Muslims.

There was one other possibility considered less likely — that the perpetrator was using the bombing to protest the Thai government’s forcibly returning 109 Uighurs to China, after they had left China to travel to Turkey. China had demanded their return, and Thailand complied, infuriating the Uighur community.

Now it is beginning to increasingly appear that the perpetrators were either Uighur activists or Turkish nationals. If this is confirmed, it would be major embarrassment for all three countries — Turkey, Thailand and China. Khaosod (Bangkok)

In July 2009, thousands of Uighurs rioted and demonstrated against Chinese rule. Chinese officials accused the Uighurs of attacking Han Chinese in their home, and struck back against the Uighurs brutally. The Uighurs say that the CCP discriminates against them. They resent the flood of Han Chinese “colonizing” the region, taking all the good jobs, leaving the menial jobs for the Uighurs. They also point out that there is language discrimination, since few Han speak the Uighur language.

After these violent confrontations between the Uighurs and Han Chinese in Xinjiang in July 2009, a flood of Uighurs migrated to Southeast Asia, including Cambodia, Laos, Vietnam, Burma and Malaysia. China did everything possible to close off those routes, but disaffected Uighur dissidents began to travel to Turkey, which would not only provide refuge, but also offer Uighurs employment opportunities and support networks, where they may engage in anti-Chinese advocacy activities.

Thailand has become a hub for illegal immigration, and was a big part of the story earlier this year about Rohingya Muslims being smuggled out of Myanmar (Burma) for travel to Indonesia.

Last year, hundreds of Uighurs, including women and children, were found living in squalid conditions in camps in Thailand run by human smugglers. They all claimed that they were citizens of Turkey, and many of them were deported to Turkey.

However, under considerable pressure from China, Thailand forcibly repatriated 109 Uighurs to China earlier this year. This caused outrage in the Uighur community, resulting in riots and demonstrations at the Chinese embassies in Turkey and Thailand.

The United Nations Human Rights Commission deemed Thailand’s decision to be a “flagrant breach of international law,” while Human Rights Watch described Thailand’s apparent cave in to Chinese pressure as both “shocking and disturbing.”

It appears that the Uighur is becoming increasingly important in Southeast Asia, and may well become the focal point of future violent conflicts. The Diplomat(8/28) and Guardian (London) and The Diplomat(7/11)