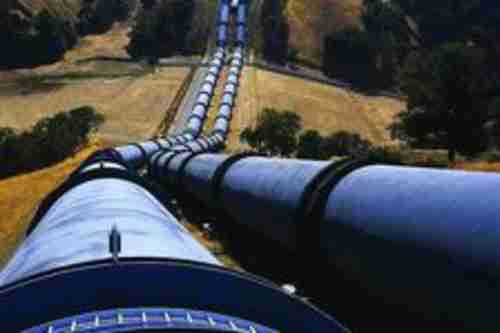 The violence between Turkey’s security forces and terrorists from the Kurdistan Workers’ Party (PKK) has been escalating sharply, ever since a ceasefire agreement broke down in July, and Turkey’s government declared war on the PKK. ( “9-Sep-15 World View — Turkey slips into chaos as violence spreads across the country”)

Since the ceasefire broke down, there have been three PKK terrorist attacks on Turkey’s oil and gas pipelines. The most recent occurred on August 25, when an explosion occurred on the South Caucasus Pipeline (also known as the Baku-Tbilisi-Erzurum pipeline), which transports natural gas from Azerbaijan, through Georgia, and into Turkey.

Although Turkey and the PKK have been clashing off and on for three decades, the PKK have not attacked or sabotaged Turkish pipelines in the past. Now the timing of these attacks is raising suspicions that Russia is taking a role in the attacks.

Russia is deploying soldiers and weapons to Syria, as we have been reporting in recent weeks, intending to control Syria’s airspace and probably Iraq’s as well, and planning to form a military alliance with Bashar al-Assad, Iran and the PKK. Russia is also suing for an alliance with the US and West to fight ISIS, but the West so far has been resisting because al-Assad is a genocidal monster.

In that context, the PKK attacks on Turkey’s pipelines are occurring.

The South Caucasus Pipeline that the PKK attacked on August 25 is a direct competitor to the Turkish Stream that Russia has proposed. The deal is currently being held up by Turkey who is negotiating for lower prices for energy supplied by Russia. Russia and Turkey are long-time enemies that have fought generational crisis wars with each other for centuries. Russia supplies weapons and explosives to the PKK. So for all of these reasons, the suspicion is growing that the PKK is doing Russia’s bidding in the pipeline attacks.

As we wrote in “13-Sep-15 World View — Russia opens a dangerous new chapter in Syria and the Mideast.”, events are now moving very quickly in the Mideast, as it heads for an inevitable secular war that will engulf the whole region. Jamestown and Rudaw (5-Sep)

The $110 billion in U.S. funds that is already appropriated for reconstructing Afghanistan exceeds the value of the entire Marshall Plan effort to rebuild Western Europe after World War II. Large amounts of taxpayer dollars have been and continue to be lost to waste, fraud, and abuse, according to a recent report by John F. Sopko, Special Inspector General for Afghanistan Reconstruction (SIGAR). And with nearly $12 billion more in reconstruction funds appropriated but not yet spent, and with billions more to follow, there’s little reason to hope that the outcome will be better.

According to Sopko, there have been massive US-sponsored failures. For example:

The following sources of risk make it unlikely that the additional billions in reconstruction funds will be spent any more wisely:

We can also safely say that the struggle in Afghanistan won’t be shortened, much less, won, by official happy talk and cheerleader-style press releases. Poor data and assessments not based on reality but rather biased by self-interest career advancement and rank P.R., can only lead to unrealistic judgments, unjustified hopes, and outright fantasies with no link to the reality on the ground faced every day by our many brave and dedicated career diplomats, soldiers and civic servants.

Japan’s Consumer Price Index (CPI) for August was -0.1%, the negative value indicating that Japan is returning to deflation. The last time that Japan’s core inflation was negative was April 2013. Since then, the Bank of Japan has been easing monetary policy significantly in the hope of stimulating inflation, but to no avail.

Japan began going into deflation after 1990, when there was a crash on the Tokyo Stock Exchange, and a crash in Tokyo’s real estate bubble. At the peak of the bubble, Tokyo’s real estate had a nominal value greater than all the real estate in the United States. It is amazing that after 25 years, deflation is continuing. Japan’s prime minister Shinzo Abe said on Thursday that Japan’s economy was no longer in deflation, so he must have been disappointed to wake up on Friday morning to the news that Japan was indeed still in deflation.