AMMAN, Jordan – As the United States contemplates accepting 10,000 Syrian refugees, it is well worth considering that Jordan, with a population the size of Tennessee’s and a GDP that would rank it the 49th state of the union, is now home to more than one million refugees.

Today, we visited the largest of the refugee camps, Za’atari, which was originally designed to accommodate 25,000 refugees, but today has 95,000.

Captain Mohammad Bany-Amer, Acting Police Commander for the camp, said that a few thousand refugees crossed into Jordan from Syria in 2012 and 2013 but, in 2014, with the rise of the Islamic State (ISIS), this number has increased to as many as 3,000 refugees per day. Jordan had two official border crossings with Syria, but had to open more than 30 new crossings to deal with all those who were fleeing the war on foot.

“Each refugee has a different tragic story,” Captain Bany-Amer said. “They have escaped from bombs, tyranny, prison, no food, no heat.” The journey for those fleeing could take as long as two weeks just to get out of Syria and the end was the most dangerous, because the Syrian regime would often try to stop them or kill them. One refugee mother we spoke with had fled from the town of Darayya, an opposition stronghold, where she said government troops slaughtered 250 people, including children, women, and teenagers (the Darayya Massacre occurred on August 20-25, 2012, and while most official reports agree that government troops were largely responsible, rebel troops may also have committed some of the murders).

When the refugees arrive in Jordan, they are given food, medical care if they need it, and then taken to a reception center where they are screened. If not considered a threat to national security, they are accepted and registered both by the Jordanian police and by the UNHCR. Since January 2014, every incoming refugee undergoes an eye scan, which helps the Jordanian police to maintain more comprehensive records of who exactly the refugees are. 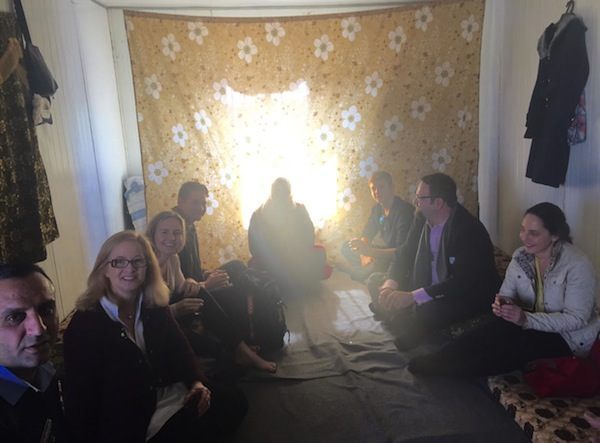 Katharine and Sebastian Gorka share tea in one of the refugee camp homes in Za’atari Camp, Jordan.

Jordan receives significant support from outside countries to help support the five refugee camps it now runs. 37 different aid organizations are working inside Za’atari camp, and one could see signs for an Italian field hospital and a Moroccan surgical clinic as well as signs of support from Kuwait, Qatar, Saudi Arabia and UAE. But the refugees are placing a tremendous strain on Jordan’s fragile economy.

When King Abdullah II ascended to the throne in 1999, he privatized state-owned industries and introduced liberal economic policies, resulting in an enviable annual growth rate of 7% and giving Jordan the 3rd freest economy in the Middle East and North Africa, according to the Heritage Foundation. But its achievements are fragile. Jordan suffers from chronic water scarcity and only 10% of its land is arable. The massive influx of refugees has caused rents to double and it has flooded Jordan with cheap labor.

Now that the refugee crisis has become a front-burner issue in Europe and the United States, this is a good time to look at what this one small nation has done. The Hashemite Kingdom of Jordan, which was already home to hundreds of thousands of Palestinian refugees before the war in Syria erupted, has almost bankrupted itself helping those now flooding out of the war zone into one of the few free and stable nations of the Middle East. Despite the compassion and unimaginable largesse shown by Amman, the message we received from high-ranking government officials was unanimous: the long-term answer must be for the Syrian refugees to return back to their homeland, not to remain displaced in Jordan or pushed further afield to Europe or North America. 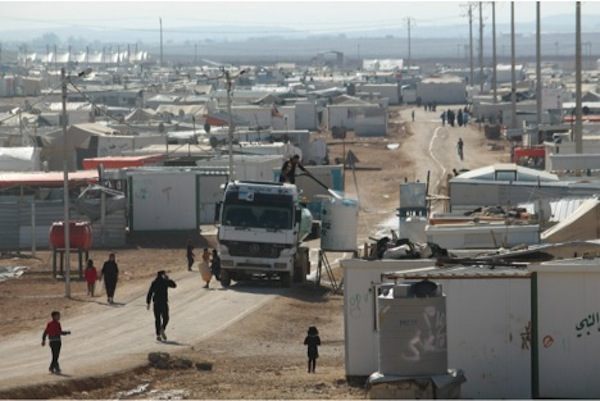