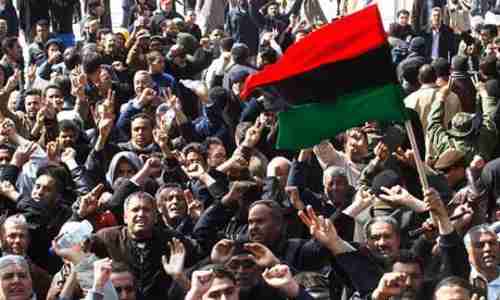 A 14-Mar-2011 picture in the Guardian of Libyan protesters, with the caption, ‘Even if Gaddafi does succeed in quelling the Libyan uprising, it will be no more than a temporary setback for the wider Arab revolution.’ (Reuters)

Two Italian construction workers among four that have been held hostage by the so-called Islamic State (IS or ISIS or ISIL or Daesh) in Libya last July, and have been held ever since, were killed on Wednesday in a gunfight. The other two hostages were freed within 48 hours. Local militias claimed credit for freeing the two during a raid.

The death of the two Italian hostages at the hands of ISIS has given added urgency to calls for Italy to intervene militarily in Libya. There have been discussions among Western nations — the US, Britain, France, and Italy — to intervene militarily to stop the growth of ISIS in Libya, and to prevent the capture of Libya’s oil fields by ISIS. Serious planning has been made on this military intervention since January.

For weeks, there have been increasingly alarmist headlines in Italy about imminent military action in Libya. Britain, France and possibly America have already sent dozens of special forces to Libya, and John Phillips, the US ambassador to Italy, said in an interview, “Italy has made a commitment to provide in the range of 5,000 troops” as part of an international force to stop ISIS. American warplanes have been bombing ISIS targets in Libya. ( “20-Feb-16 World View — US warplanes strike suspected ISIS training base in Libya”)

A military intervention in Libya is a particularly sensitive subject in Italy because Libya was a former colony of Italy, and there are still many personal and familial ties between the two countries. Furthermore, Italy has for five years been the recipient of a flood of refugees fleeing across the Mediterranean from Libya.

Haftar’s confidence does not quell the fears of Westerners that before long ISIS is going to achieve a point of no return in taking control of Libya’s “oil crescent” in the Sirte basin south of Benghazi, with billions of barrels of oil of estimated reserve. At that point, ISIS will be sufficiently entrenched that it would be much harder to dislodge than it would be now, and it would more easily allow ISIS to use as a launching pad for terrorist attacks on Europe. . AP and Reuters and AFP and Bloomberg and Guardian (14-Mar-2011)

Looking back at the 2011 ‘Arab Spring’ Libya military intervention 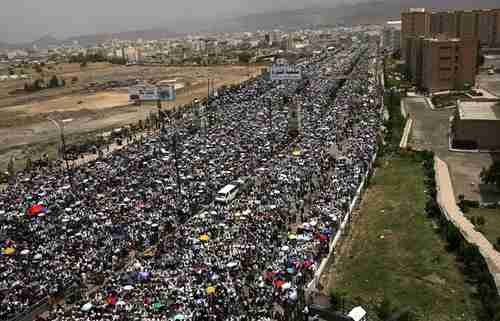 A web site reader commented on one of my articles accusing America of causing the Syrian and European refugee crisis by its decision to bomb Libya in 2011. It is a bizarre accusation, based on the usual technique of starting by making up facts that fit the agenda.

As it turns out, I’m in a good position to evaluate this claim, since I was writing about the Arab Spring in 2011 almost every day. So I went back to read all the articles I had written in the first months of 2011 to see what happened.

This trip back through time turned out to be pretty fascinating, because the events of that time were so incredible. The “Arab Spring” was one of the major generational events since WW II, and it is actually still going on if you count the wars in Syria, Iraq and Yemen.

Here’s a summary of what happened:

The interesting thing is that the accusation that American bombing in Libya caused the refugee crisis is exactly backwards. The refugee crisis had already begun in Tunisia and Libya, with hundreds of thousands of people pouring into neighboring countries, and thousands crossing the Mediterranean to Italy. It was this refugee crisis that caused Libyans to demand a no-fly zone, and for the Arab League to do the same, after which the UN Security Council passed a resolution.

So the refugee crisis created the demand for the no-fly zone, and the bombing by the West. A lot of the motivation for the West to get involved was the fear of a flood of refugees crossing the Mediterranean, and they hoped to stop that. That didn’t work.

The web site reader who posted the comment accusing American bombing in Libya of causing the Syria refugee crisis had an anti-American agenda, and was probably a paid Russian internet troll.

The commenter was parroting Russian state media as illustrated by this claim:

Five years after the brutal murder of Libya’s leader Muammar Gaddafi, the country that was once an oasis of regional stability now has two competing governments and is actively being colonized by Daesh terrorists as they seek to relocate their headquarters to Libya.

This “oasis of regional stability” had Gaddafi declaring war on peaceful protesters, forcing hundreds of thousands of refugees to flood into neighboring countries and across the Mediterranean. Sputnik News (Moscow)

Police in Turkey use force to shut down opposition newspaper

Freedom of the press in Turkey suffered a major blow on Friday when government forces used force to shut down Zaman, the major opposition newspaper. Police used water cannon and tear gas to disperse protesters as they stormed the Zaman offices in Istanbul. There are now more than 30 journalists behind bars in Turkey. BBC