The UK Daily Mail tells the story of Shabnam Nayeem, a Muslim woman in India who refused to participate in an arranged marriage and was targeted by her brother Mohammad in an “honor killing.”

Mohammad prayed at the local mosque in Uttar Pradesh, then armed himself with a gun, confronted his sister, and shot her in the throat at point-blank range. Amazingly, the metal locket she was wearing around her neck deflected the bullet, almost certainly saving her life. 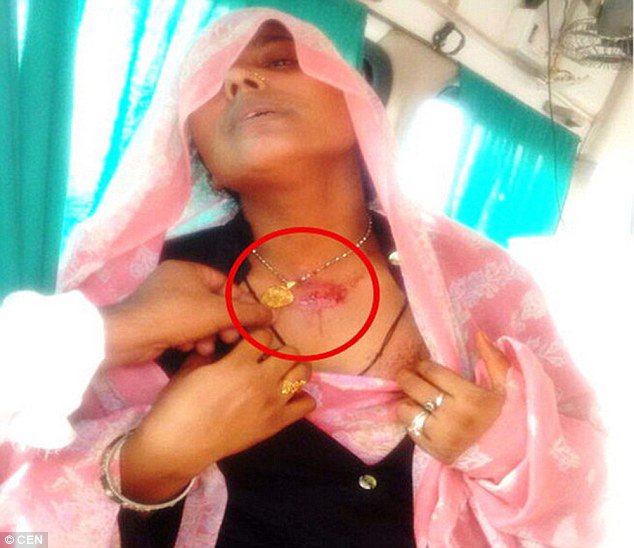 “The incident has highlighted the serious problem with families who refuse to accept love marriages and consistently harass and even kill those who refuse to go along with arranged marriages,” the Daily Mail writes.

Also highlighting that serious problem: Shabnam Nayeem reportedly has not filed a complaint against her brother for attempting to shoot her in the throat.

The Daily Bhaskar notes that Shabnam’s miraculous survival is reminiscent of a scene from a Bollywood movie, specifically Amitabh Bachchan’s Coolie.

“The heinous act displayed that the feudal mindset of honor killings are still intact in our society,” the Daily Bhaskar editorializes. “Nayeem’s devious plans display the stronghold of patriarchy in our society. In the Indian hinterland, love marriages remain unaccepted and lovers continuously harassed and even killed by their own families.”