China opens a new front in its border war with India 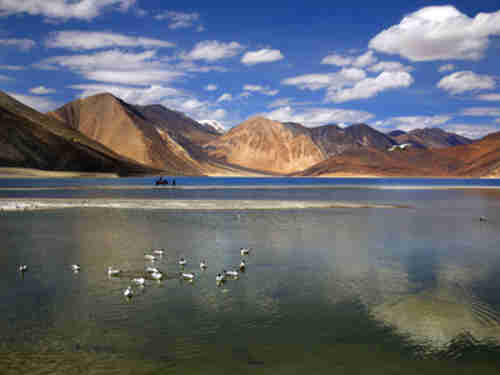 With the border confrontation between China’s and India’s armies at Bhutan’s Doklam Plateau still simmering, China has apparently opened a new front in another part of their 3,500 km (2,175 mile) border.

While Doklam Plateau is far to the east, Lake Pangong is on the eastern part of the China-India border, actually forming part of the border between China-occupied Tibet and the India-government portion of Kashmir.

According to Indian sources, Chinese soldiers on Tuesday tried to enter Indian territory at two different places. India troops blocked the Chinese troops by forming a human chain of Indo-Tibetan Border Police personnel. This apparently is standard fare from time to time between the two border armies.

What was different this time was that the Chinese soldiers began throwing stones at the Indians, for which the latter retaliated. Both sides sustained minor injuries. According to an Indian army officer:

The incident occurred along the banks of Pangong Lake, a popular tourist attraction on the Indian side of the border in Ladakh.

[After two hours,] the situation was brought under control after a drill which saw both sides holding up banners proclaiming their rights over the disputed area before stepping back to their respective positions.

Apparently, this banner drill is the customary way for Indian and Chinese troops to step back from a confrontation. The border standoff has been going on for yet, but so far, no bullets have been fired for decades.

However, the situation along the Line of Actual Control (LAC, as the India-China border is called) has been deteriorating since April and has been escalating since the Doklam standoff began in June. China’s president Xi Jinping was apparently caught by surprise when Indian troops came to Bhutan’s defense at the Doklam Plateau and now has to decide whether to start a border war or to stand down. Either approach could be a major humiliation for him at the Communist People’s Congress in November.

What was China’s side of the story? By the end of the day on Wednesday, China denied knowing anything about the confrontation. Greater Kashmir and The Hindu and India West and The Quint

Bhutan, caught between the two giants India and China in the standoff over Bhutan’s Doklam Plateau, is the perfect potential example of the old saying, “When the elephants fight, the grass gets stomped.” A recent analysis of the social media in Bhutan shows that most Bhutanese would favor a better diplomatic relationship with China. However, Bhutanese are aware that China’s army invaded Tibet and simply annexed it, and most Bhutanese worry that China would do the same to Bhutan — invade Bhutan and annex Doklam Plateau or all of Bhutan. The Diplomat

North Korea apparently backs down from the threat to attack Guam 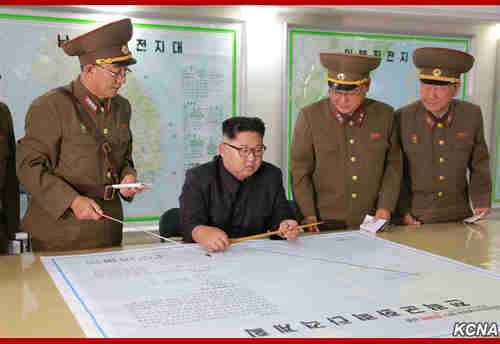 North Korea has apparently backed down from the threat to launch ballistic missiles at Guam, which contains US military bases. As he had previously promised, North Korea’s child dictator Kim Jong-un waited for the presentation from the Korea People’s Army (KPA), and received a briefing on Monday. After hearing the presentation, he announced that he would “give the Americans a little more time.”

There are two theories about why he backed down. One is that he was responding to President Donald Trump’s threat to unleash “fire and fury” on North Korea, and later adding that the military options are “locked and loaded.” The second theory is that China forced North Korea to back down. However, no one doubts that Kim could change his mind again at any time. 38 North and North Korea Leadership Watch