The Vatican’s Secretary of State said that recent Islamic State threats against Pope Francis are worrisome, especially because of the “senseless hatred” they embody.

Cardinal Pietro Parolin, Pope Francis’ top aide, told reporters Saturday he had watched the new jihadist video that had been broadcast on Italian television in which Islamic terrorists expressly target the Pope.

The new threats “cannot fail to cause worry, especially for the senseless hatred they contain,” he said, before adding that he was unaware of additional security measures being adopted in and around the Vatican. “As far as I know, attention to security continues at the same level it has been in this period,” he said. 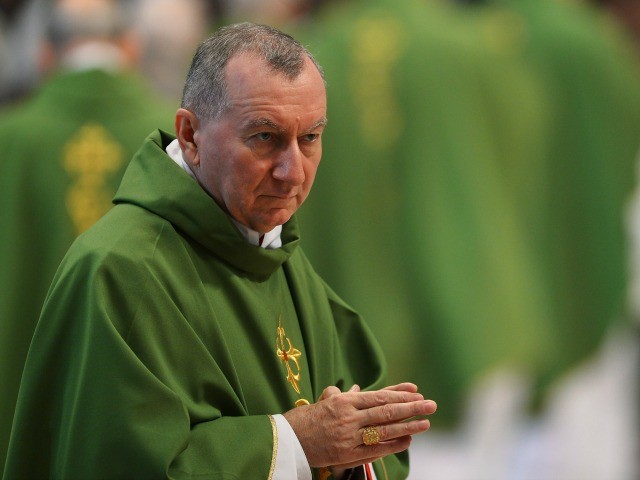 Cardinal and Vatican Secretary of State Pietro Parolin is seen during the holy mass presided by Pope Francis in St Peter’s Basilica at the Vatican on February 23, 2014. (VINCENZO PINTO/AFP/Getty)

Another recent video aired on the pro-ISIS Telegram channel suggested that Italy may be the next mark of a jihadist attack. Over the past several years, the Islamic State has repeatedly said it would target Italy, and the Vatican in particular, in its attacks.

So far, Italian counterterrorism forces have been successful in thwarting a number of planned jihadist attacks before damage could be done.

Last year, Italian police issued arrest warrants for six people suspected of conspiring to join the Islamic State, three of whom had been discussing possible attacks on the Vatican and the Israeli embassy in Rome.

This past February, an Italian court convicted a Moroccan-born man and his wife on charges of international terrorism in connection with an Islamic State plot to carry out attacks in Rome.

A Milan court convicted Abderrahim Moutaharrik, and his wife, Salma Bencharki, and sentenced them to six years and five years in jail, respectively. Prosecutors say that Moutaharrik had received orders from Islamic State to carry out attacks in Italy, particularly in Rome, last year.

For its part, the Islamic State has insisted that the driving force behind its terror attacks and its hatred of Christianity and the west is strictly religious in nature, and represents Allah’s will for true Muslims.

“Indeed, waging jihad – spreading the rule of Allah by the sword – is an obligation found in the Quran, the word of our Lord,” ISIS officials stated in an article last August in Dabiq, the propaganda magazine of the Islamic State.

“The blood of the disbelievers is obligatory to spill by default. The command is clear. Kill the disbelievers, as Allah said, ‘Then kill the polytheists wherever you find them.’”

Earlier this month, Breitbart News reported that Islamic State terrorists who went on a killing rampage in Barcelona actually had plans to blow up the iconic Catholic basilica of la Sagrada Familia.

The jihadist cell had amassed a stockpile of explosives at a nearby property in Alcanar (Tarragona) and intended to use three vans to detonate them in three different points of the city in order to inflict the greatest possible damage. An accidental explosion at the Alcanar estate left the terrorists without ammunition and forced them to improvise the vehicle attacks in Barcelona and Cambrils.

The prime target of the attack was meant to be the Catholic Sagrada Familia (Holy Family) Basilica, an enormous neo-gothic structure designed by Spanish artist Antoni Gaudí, an emblematic symbol of the city as well as the Christian religion.