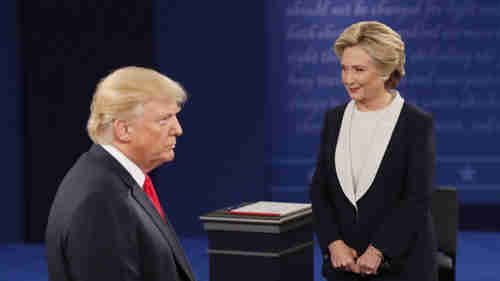 On Friday, the Justice Department’s Special Prosecutor Robert Mueller, after a year of investigation, brought an indictment against a Russian “troll factory,” the St. Petersburg based Internet Research Agency, along with various trolls and other officials connected to the agency.

It is hard to overestimate the farcical nature of the indictment. I wrote about the Internet Research Agency in 2014, and I have written about Russian trolls several times since then. Any journalist or analyst writes about a variety of political or international subjects is attacked by Russian trolls. I have been attacked by dozens, perhaps hundreds of Russian trolls since 2014.

Here are some excerpts from the indictment:

2. Defendant INTERNET RESEARCH AGENCY LLC (“ORGANIZATION”) is a Russian organization engaged in operations to interfere with elections and political processes. Defendants MIKHAIL IVANOVICI1 BYSTROV, MIKHAIL LEONIDOVICH BURCHIK … and VLADIMIR VENKOV worked in various capacities to carry out Defendant ORGANIZATION’s interference operations targeting the United States. From in or around 2014 to the present, Defendants knowingly and intentionally conspired with each other … to defraud the United States by impairing, obstructing, and defeating the lawful functions of the government through fraud and deceit for the purpose of interfering with the U.S. political and electoral processes, including the presidential election of 2016.

3. Beginning as early as 2014, Defendant ORGANIZATION began operations to interfere with the U.S. political system, including the 2016 U.S. presidential election. … Defendants CONCORD and PRIGOZHIN spent significant funds to further the ORGANIZATION’s operations and to pay the remaining Defendants, along with other uncharged ORGANIZATION employees, salaries and bonuses for their work at the ORGANIZATION.

4. Defendants, posing as U.S. persons and creating false U.S. personas, operated social media pages and groups designed to attract U.S. audiences. These groups and pages, which addressed divisive U.S. political and social issues, falsely claimed to be controlled by U.S. activists when, in fact, they were controlled by Defendants. Defendants also used the stolen identities of real U.S. persons to post on ORGANIZATION-controlled social media accounts. Over time, these social media accounts became Defendants’ means to reach significant numbers of Americans for purposes of interfering with the U.S. political system, including the presidential election of 2016.

I’m sorry, I can’t stop laughing. The CIA and Special Prosecutor’s office has spent hundreds of millions of dollars sleuthing out these criminals and discovered that Russian trolls hired by Russia’s “troll factory,” the Internet Research Agency in St. Petersburg, Russia, are on blogs and social media sites posting misleading comments. This was something that was well known to me and many other people.

While Russia’s president Vladimir Putin maintains an iron grip on the state-run media, the internet remains a big problem for Putin, as he’s had little ability to control Twitter and other social media.

Putin has responded to this problem in a bizarre way. According to documents examined by an analyst firm, since April a Russian firm called the Internet Research Agency, with a 2014 budget of $10 million, has been hiring hundreds of “internet trolls” to challenge any online article critical of Russia.

Each troll is expected to post comments on blogs and news sites 50 times per day. The comments range from lies and disinformation to abuse and profanity. Each blogger is to maintain six Facebook accounts, posting three times a day in each. On Twitter, they’re expected to manage 10 accounts and tweet 50 times a day. [Emphasis added]

I get attacked by American trolls as well, but apparently, the reason that Russian trolls were indicted is that they didn’t register with the U.S. government. US Department of Justice and Russia Today

How the Russian trolls do their jobs

Let’s take an example: Shooting down Malaysia Airlines flight MH17 passenger plane by the Russians in eastern Ukraine on July 17, 2014. We actually knew within minutes that the Russians had shot it down with a missile, because Igor Strelkov, the commander of the Russian forces in east Ukraine, immediately tweeted the following:

We shot down AN-26 [military transport] near the city Torez, Donetsk People’s Republic … We warned, don’t fly in our sky.

Russian media and trolls went into full-on troll mode, making one ridiculous claim after another: Strelkov’s tweet had never occurred; the U.S. had shot down MH17 to embarrass Russia; the airplane was struck by a meteor; no living people were aboard the plane as it flew on autopilot from Amsterdam, where it had been pre-loaded with “rotting corpses.”

Russian trolls will say that no evidence exists that Russians shot down MH17. Actually, there are literally thousands of pieces of evidence, including intercepted phone calls, photos, analyzed and authenticated, videos, forensic examinations, witness statements, satellite images, and radar data. There was a major Dutch investigation that proved with no doubt that Russians shot down MH17 with a Russian-made Buk missile. But trolls will constantly say, “there’s no evidence.”

Russian trolls on Bashar al-Assad’s use of chemical weapons

Trolls try to use highly emotional arguments to avoid facts. One troll named “Jan Fearing” told me a darling story about her trip to Damascus, where she met a mother who thought al-Assad was wonderful. One troll argument I hear frequently is that al-Assad is popular, but once again that is irrelevant, since all the worst genocidal monsters are popular, including Josef Stalin, Adolf Hitler, Mao Zedong, and Pol Pot. You cannot succeed as a genocidal monster if your people do not support you, and that means you have to be popular with your own people to be a genocidal monster.

I find the Russian trolls to be pretty much idiots. They are usually working from prepared scripts, and they usually do not know anything about the facts except what their trollmasters have told them.

I was not writing about election campaign issues, so I did not encounter trolls bashing Hillary and boosting Bernie Sanders and Trump, but I assume that the trolls who did that were just as incompetent on those subjects as they were on the subjects that I write about. During the election campaign, there must have been millions of highly partisan messages posted by hundreds of partisan organizations. How would the average Facebook user ever be influenced by a Russian troll message when it is surrounded by hundreds of other messages competing for the user’s attention? I don’t see how it is even remotely possible that the Russian trolls had any effect at all on the election, or that they will affect future elections.

In fact, when he announced the indictments, deputy attorney general Rod Rosenstein said:

I personally believe that the use of trolls has backfired for the Russians, not because of the Mueller’s indictment, but because everyone knows about Russian trolls, so that anyone who genuinely wants to support Russia in one of these discussions is automatically assumed to be a troll.

That is why Mueller’s indictments are so farcical. They target people in Russia who will never be extradited, and they reveal “crimes” that everyone has been aware of for years.

People in the mainstream media are hoping against hope that these indictments are just the first step in bringing charges against Donald Trump. We will all be watching to see whether they get their wishes.

Finally, let’s take one more quote from the indictment:

So the trolls were holding pro-Trump rallies and anti-Trump rallies in two different places in New York on the same day. These are truly the gang that could not shoot straight. We can all feel safe now that they are no longer at large. Oh, wait. All these trolls are in St. Petersburg, Russia, so they are still at large, and they will never be caught.

As a Senior Software Engineer, I am familiar with the entire range of online attacks, whether by trolls, or for espionage, or for cyber warfare. I find this hysteria over the Russian troll “threat to democracy” to be a total joke.

By contrast, the threat from China’s use of online espionage a million times greater. There are dozens of Chinese high tech companies whose only job is to spy and steal secrets from the United States. China has stolen hundreds or thousands of terabytes of data from defense and law enforcement systems, as well as from energy, transportation, government, technology, healthcare, finance, telecommunications, media, manufacturing, and agriculture systems.

There are some real threats out there, not from Russian trolls but from Chinese hackers. We should be focusing on the real dangers to our society. US Dept. of Justice and The Conversation(5-Oct-2017)