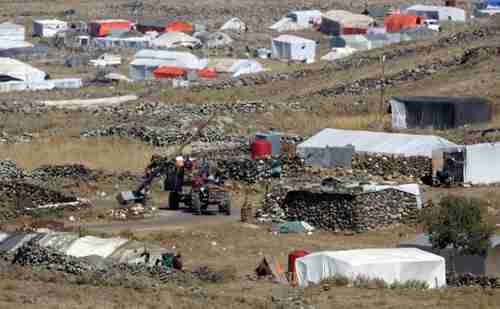 Daraa is supposed to be part of a “de-escalation zone,” based on peace talks last year in Astana, Kazakhstan, between Russia, Iran, and Turkey. An outcome was that Russia and the U.S. agreed that the U.S. would oversee the ceasefire in Daraa.

Promises and agreements mean nothing to Russia and Syria, and they never intended to honor the ceasefire. The U.S. does usually honor its promises, but in this case has chosen not to intervene, rather than get pulled into yet another war, this time a full-scale war with Syria and Russia.

Bashar al-Assad has already begun the process that he has used in the past in Aleppo and Ghouta. He begins by bombing peaceful protesters, particularly women and children. As soon as someone becomes violent in revenge, he declares the whole community or ethnic group to be “terrorists,” and uses that as an excuse for full-scale genocide and ethnic cleansing. The genocide is performed with missiles, barrel bombs, chlorine gas, and Sarin gas, all particularly targeting women and children, as well as schools, markets, and hospitals.

The ethnic cleansing is accomplished by making it impossible for refugees to return to their homes. Last month, Syria’s government passed “Law #10”, which makes it almost impossible for refugees to return to their former homes. There are millions of Syrian refugees who have fled to Lebanon, Jordan, Turkey, Europe, and other countries who will not be able to return home, and are effectively stranded in the country they fled to.

The situation in southwestern Syria is perfect for al-Assad. By the time it is over, millions of people will flee their homes, but they will have nowhere to go, as they will be blocked by Jordanian and Israeli authorities from going south. The refugees will be amassed on the borders, where al-Assad can kill them like fish in a barrel.

Refugees from Aleppo and Ghouta were able to flee to Idlib province in northwestern Syria. Idlib is in another de-escalation zone, with Turkey having the responsibility to oversee the ceasefire.

Turkey is currently worried that it is facing the worst possible scenario in Idlib. There are currently 2.5 million people living in Idlib, and 1.2 million people from this figure were displaced and took refuge in Idlib. As one analyst put it, “Idlib has no Idlib,” which means that when Bashar al-Assad begins genocide and ethnic cleansing in Idlib, then people who try to flee will have no place to go, except possibly north through the border into Turkey. Turkey already hosts millions of Syrian refugees and is very concerned that it might be forced to open its borders again to millions more. Hurriyet (Ankara) and Guardian (London) and Hurriyet (Ankara)

Number displaced by Syrian and Russian bombing in Daara triples to 160,000

According to UNHCR, the UN refugee agency, the number of people displaced by Syria’s army and Russia’s warplanes in southern Syria is now at 160,000 – more than triple what it was on Monday, when the figure was 45,000.

Most are headed south to Jordan but are trapped at the border since Jordan has closed the border. A smaller number have gone west and are on the border with Israel-controlled Golan Heights. That border has also been closed by Israel.

Jordan estimates that it is already hosting some 1.3 million refugees, and earlier this week said that it is unable to host a new wave of refugees, and so the border will remain closed. Several thousand Syrians gathered near sealed crossing on Saturday, pleading to no avail to enter Jordan.

However, Jordan’s army began delivering humanitarian aid to thousands of displaced Syrians along the border. According to government spokesman Jumana Ghunaimat, “This is in line with Jordan’s stance to help our Syrian brothers. These include essential foodstuffs and drinking water.”

Israel has transferred several dozen tons of humanitarian aid to refugee encampments in southwestern Syria. According to Israel’s army, the humanitarian aid contained some 300 tents, 13 tons of food, 15 tons of baby food, three pallets of medical supplies and 30 tons of clothes and shoes. Israel’s defense minister Avigdor Liberman said that Israel was prepared to provide humanitarian assistance, but that “we will not accept any Syrian refugees into our territory.” Times of Israel and Middle East Eye and Anadolu