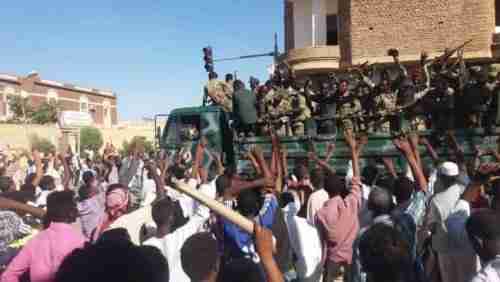 As of Monday, at least 37 people have been killed by Sudan’s security forces attempting to quash anti-government protests that began in the suburbs on Wednesday of last week and spread to the capital city Khartoum. Security forces have been shooting live fire and teargas into crowds of thousands of peaceful demonstrators.

On Tuesday, police fired into the air, used tear gas, and hit demonstrators with batons to disperse them as they marched to the presidential palace to demand that Omar al-Bashir, who has been president of Sudan for 29 years, step down. Snipers shot four members of the Central Doctors Committee – including a doctor, surgeon and medical student – on Tuesday. The medical personnel were recovering in the hospital.

The protests began last Wednesday, initially over rising prices and shortages of food and fuel, but later escalated into calls for al-Bashir to step down. As we have seen in one African country after another, the leader who has been in power for decades refuses to step down and uses the army and security forces to bash, arrest, torture, and kill anyone who opposes him. There’s nothing new here.

Al-Bashir is wanted by the International Criminal Court (ICC) over alleged war crimes and crimes against humanity committed during the Darfur conflict in western Sudan.

Sudan’s last generational crisis war was World War II, and so it is deep into a generational Crisis era. The current widespread protests could possibly spiral into a full conflict.

Sudan is a country of more than 40 million people and is a special case in one sense. It depends on oil revenue, and when South Sudan broke off and became independent in 2011, Sudan lost three-quarters of its oil revenue. CNN and Amnesty International and AFP and Sudan Tribune and Still Sudan blog

Sudan’s name in Arabic means “land of the blacks,” which gives an idea of the Arab view of the nature of Sudan.

The Darfur conflict began in the 1970s as minor land disagreements between farmers and camel herders. Droughts in the 1980s exacerbated the tensions, causing low-level violence. In the 1990s, the Khartoum government armed the Arab herders as the Janjaweed militias, authorizing them to police the Darfur region.

In 2003, the Darfur conflict grew into a full-fledged generational crisis war. In 2007, the United Nations Security Council authorized a large international peacekeeping force in Darfur called UNAMID, but in the last year has been reducing the size of UNAMID, even though hostilities are still occurring in parts of Darfur. Sudan Tribune (12-Nov) and Mideast Forum (March 2001)