Pakistani Prime Minister Imran Khan told an audience in Beijing on Tuesday that he would like to launch a mass police action to send “500 people” to prison for corruption, emulating Chinese leader Xi Jinping.

Speaking at the China Council for Promotion of International Trade during his second official visit to the country, Khan said that he had learned from Xi’s anti-corruption crusade.

“One of President Xi Jinping’s biggest crusade[s] has been against corruption,” he said, according to remarks picked up by the IndoAsian News Service. Khan added that he had “heard that some 400 ministerial-level people had been convicted on charges of corruption and put behind jail in the last five years in China.”

Khan claimed that legal proceedings in Pakistan were “very cumbersome” and it was, therefore, difficult to purge politicians the way that Xi had done using his totalitarian powers.

“I wish I could follow President Xi’s example and put 500 corrupt people in Pakistan in jail.” he continued, explaining that corruption was one of the biggest impediments to investment in the country. 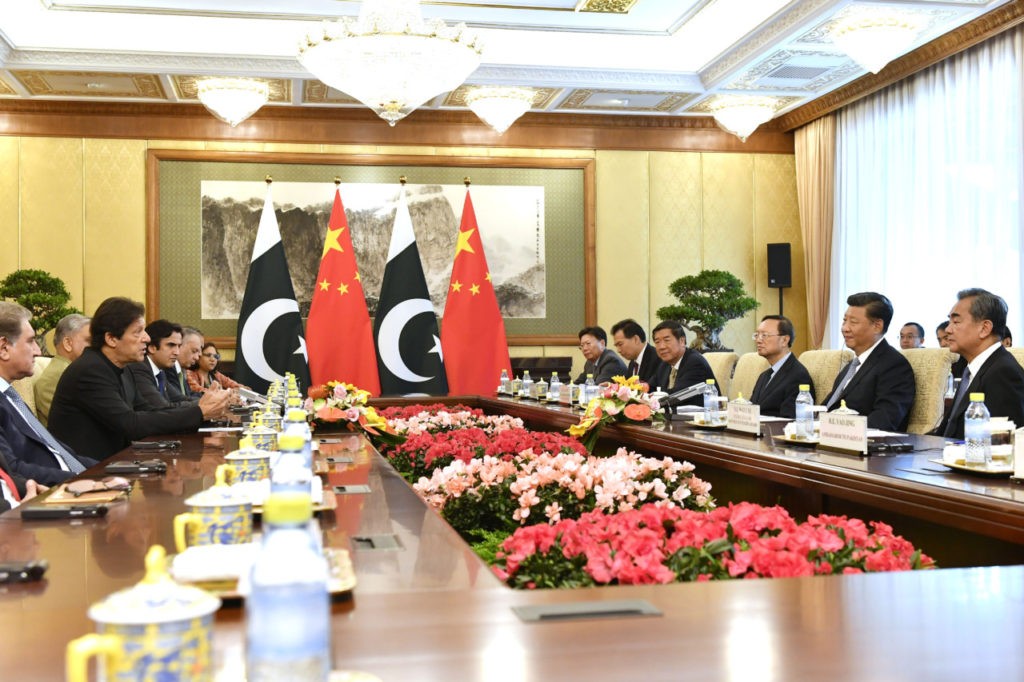 Following his rise to power in 2012, Xi launched an anti-corruption crusade that saw around 1.3 million people, ranging from the Communist Party elite down to local officials, charged with a variety of crimes. Among those detained and disappeared into prison were many political rivals within the Party.

Kahn, the former cricketer turned politician, went on to effusively praise China’s achievements over the past few decades, with more than half the population lifted out of poverty and becoming the second-largest economy in the world.

“What inspires me most about China is the way they have lifted 700 million people out of poverty in 30 years,” he said. “This has never happened in human history.”

China has historically been a close ally of Pakistan. Beijing celebrated Khan’s election after he ran on a campaign of improving relations with both China and India by promising to resolve tensions over the disputed Kashmir region.

It is the second time that Khan has visited China in the space of a year. The Pakistani prime minister made his first official visit in November last year. During that visit, he made no secret of his admiration for the communist regime, declaring that he wanted to “learn” from the country’s “phenomenal achievements.”