The summit was the first bilateral meeting between the two countries under President Joe Biden, who has traditionally been soft on Beijing, and has struggled to balance a desire to break with Trump’s tough policies with the need for a strong stance.

Ahead of the meeting, the White House boasted that it had successfully insisted that the summit happen on home soil. Press Secretary Jennifer Psaki also promised earlier Thursday that the U.S. would bring up concerns about human rights in China.

But when Blinken spoke of the “rules-based international order,” and expressed “deep concerns” with China’s behavior in “Xinjiang, Hong Kong, Taiwan, cyberattacks on the United States, economic coercion toward our allies,” Jiechi struck back.

He objected to what he called a violation of diplomatic protocol, and said the U.S. could not lecture China from a position of strength.

He also claimed that the U.S. had “deep-seated” human rights problems: 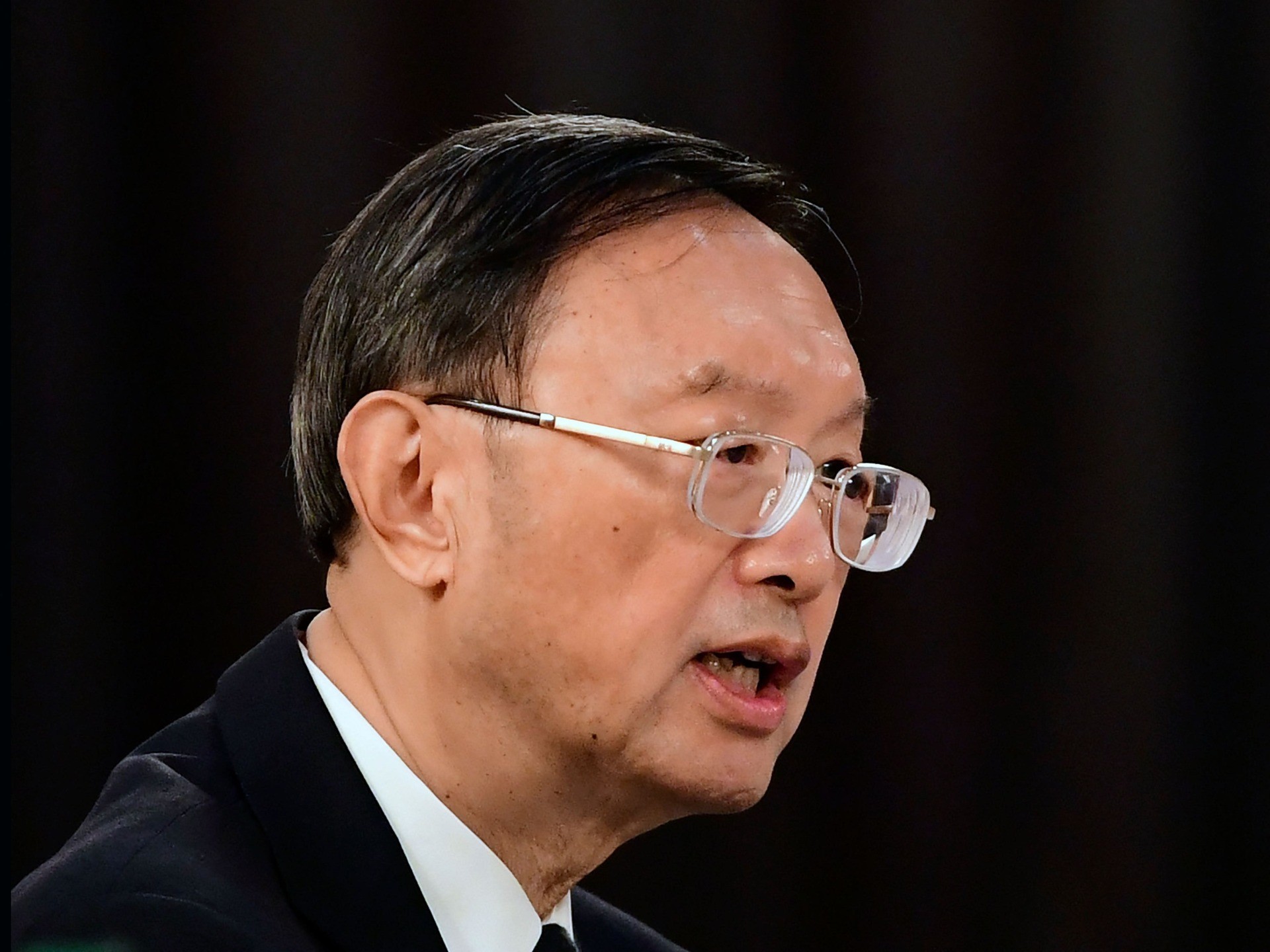 Yang Jiechi, director of the Central Foreign Affairs Commission Office for China addresses the US delegation at the opening session of US-China talks at the Captain Cook Hotel in Anchorage, Alaska on March 18, 2021. – China’s actions “threaten the rules-based order that maintains global stability,” US Secretary of State Antony Blinken said Thursday at the opening of a two-day meeting with Chinese counterparts in Alaska. (Photo by Frederic J. BROWN / POOL / AFP) (Photo by FREDERIC J. BROWN/POOL/AFP via Getty Images)

Blinken countered that in his discussion with allies, he was hearing “deep satisfaction that the United States is back, that we’re re-engaged with our allies and partners,” and “deep concern about some of the actions your government is taking.”

He added that a “hallmark” of American “leadership” was that the U.S. was willing to admit its mistakes — that it was engaged in “a constant quest to form a more perfect union,” but confronted its challenges “openly” and “transparently.”