Taliban fighters have conquered the city of Mazar-e-Sharif, ransacking the palatial home of General Rashid Dostum, a U.S.-aligned warlord, as President Joe Biden “braces for a brutal loss,” in the words of Axios, a D.C. political news website.

Dostum helped lead the initial movement to overthrow the Taliban after the terror attacks of 9/11. He had also served as Vice President of the country for several years.

The UK Daily Mail showed images of Taliban fighters lounging in his luxurious chairs and enjoying his golden tea set, obtained via Twitter.

Dostum was a key US ally during the 20 year campaign against the Taliban and famously fought with the Special Forces ‘horse soldiers’ shortly after 9/11.

Before 9/11 he was an infamous warlord who was known for crushing prisoners alive beneath the wheels of a tank and in recent years he was a senior figure in the Afghan National Army. He is believed to have escaped.

After the fall of Mazar-e-Sharif there are unverified claims of fighting on the outskirts of Kabul, and the Taliban is certainly nearing artillery range of the capital – with some predicting it could fall within hours.

The British embassy will be evacuated on Sunday and US President Joe Biden yesterday increased the number of troops he is sending to Afghanistan to 5,000 to help evacuate the American embassy within 72 hours. 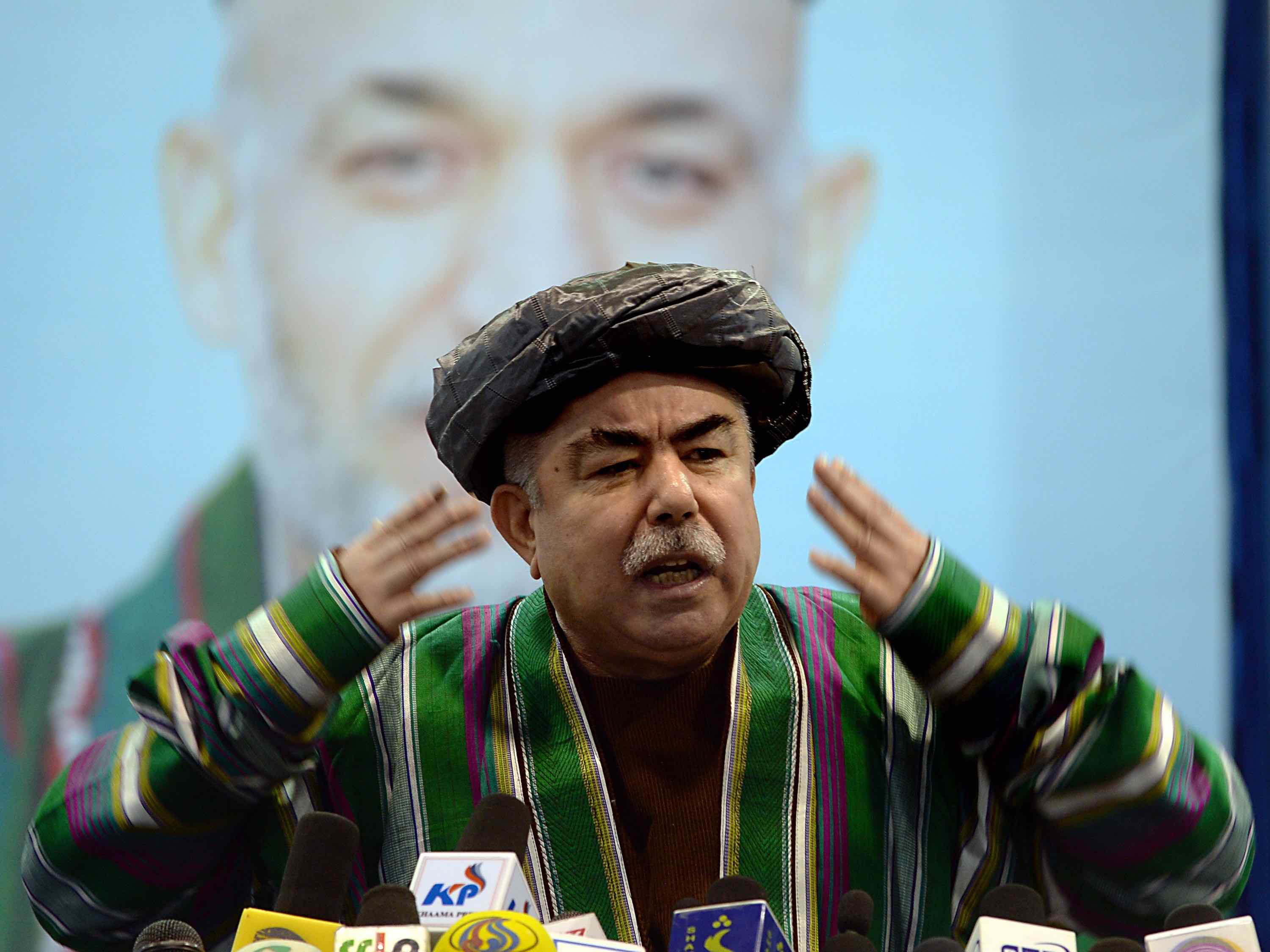 Axios noted that the scene that played out in Dostum’s house could soon be repeated at the U.S. embassy, where staff are frantically destroying documents, including American flags: “Despite the efforts to secure intelligence and safeguard U.S. personnel and their Afghan supporters, Biden must brace for the symbolic defeat of seeing the Taliban overrun the space that housed the embassy.”

Biden promised in July that a Taliban takeover of Afghanistan was “highly unlikely,” and boasted that the U.S. had trained and equipped hundreds of thousands of local troops. He also pledged that the U.S. would keep a diplomatic mission there.

But by Saturday, with American diplomats scrambling to evacuate, Biden issued a statement from the bucolic confines of Camp David, blaming his predecessor for negotiating with the Taliban (a process begun by President Barack Obama) and slamming the political and military leadership of Afghanistan.

On Saturday, Biden also increased a deployment of Marines who have been sent to Afghanistan to assist the embassy evacuation from 3,500 to 5,000 troops.