“We ask the Americans: Don’t encourage Afghans to leave. We need their talent,” he said. “The crowd gathered at the airport can go home. The Taliban guarantees their security.”

Mujahid added that the Taliban would not allow any extensions to the United States’ military presence — or other countries attempting to extract citizens — in Afghanistan beyond August 31.

Mujahid claimed, despite copious evidence to the contrary, that the Taliban is still offering “amnesty” to former employees of the deposed government and wishes to bring “peace to our country.”

“There is no list; we are not following anybody,” Mujahid said, contradicting numerous reports of the Taliban searching house-to-house for names on a “kill list” of “collaborators.” He claimed “no incident of torture or killing has been reported to authorities” since the Taliban took over. 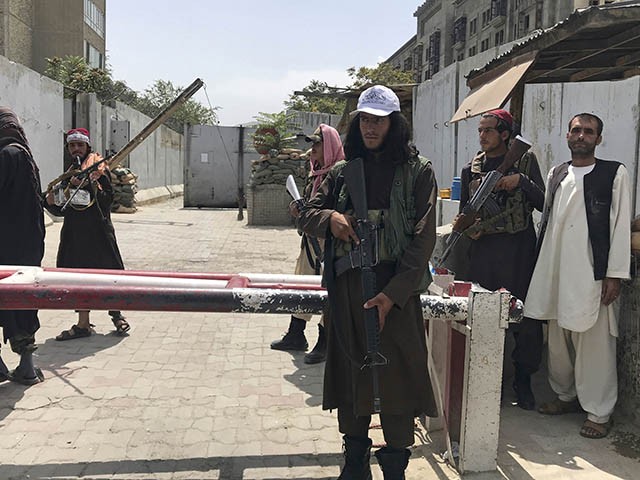 U.S soldiers stand guard along a perimeter at the international airport in Kabul, Afghanistan, Monday, Aug. 16, 2021. On Monday, the U.S. military and officials focus was on Kabulâ€™s airport, where thousands of Afghans trapped by the sudden Taliban takeover rushed the tarmac and clung to U.S. military planes deployed to fly out staffers of the U.S. Embassy, which shut down Sunday, and others. (AP Photo/Shekib Rahmani)

Mujahid said at a religious event on Monday that Afghan nationals should stop trying to flee the country because the U.S. and other Western powers are putting them in prison-like refugee camps instead of giving them opportunities for economic empowerment. He claimed the Taliban would eliminate corruption from Afghanistan, respect private property, and provide abundant opportunities for its people. 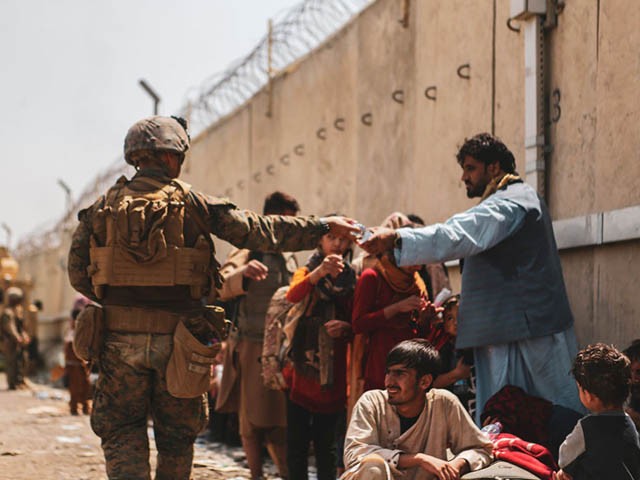 “There is a plan for it, extraction of mines and implementation of the TAPI gas pipeline project and similar projects would be implemented under the new administration,” he said. The TAPI (Turkmenistan-Afghanistan-Pakistan-India) pipeline is a 30-year-old proposal the Taliban has long promised to support after toppling the elected government of Afghanistan.

Afghanistan’s trade with Iran and Pakistan is surging under Taliban rule, according to Khaama Press on Monday. The Afghan Chamber of Commerce and Industry, which met with officials from the Taliban’s “Islamic Emirate” on Monday, claimed trade with Pakistan increased by 50 percent last week.

The Taliban appointed one of its clerics, Mullah Abdulqahar, to head the central bank of Afghanistan on Monday. It also named Hemat Akhundzada as minister of education.

Abdulqahar told central bank employees they would be allowed to keep their jobs and promised banks currently shuttered across Afghanistan would soon reopen. Akhundzada claimed the Taliban will permit girls to be educated, but only under limits prescribed by Islamic sharia law.

The Taliban previously appointed ministers of public works, water and power, and security for Kabul, along with an acting mayor of Kabul and a chairman for Afghanistan’s national cricket board. Taliban officials met on Sunday with members of the national cricket team and said the sport would be allowed to continue.