Global terrorist organization al-Qaeda, a close ally of the Taliban/Haqqani Network regime, celebrated “victory” in Afghanistan on Thursday and listed Kashmir, the province contested between India and Pakistan, as the next target to be “liberated.”

The Times of India (TOI) translated a statement from Ash-Sahab Media, the official propaganda outlet for al-Qaeda leaders headquartered in Pakistan:

Exulting over the “victory” of the Taliban over America, the global terror group called for launching the next stage of the “struggle, the way for which has been paved by the victory of the defiant Afghan nation.”

Besides Kashmir, it shortlisted the Levant, or the Mediterranean swath comprising Iraq, Syria, Jordan, and Lebanon; Islamic Maghreb, or the region in northwest Africa consisting of Libya, Morocco, Algeria, Mauritania, Tunisia, and Somalia; and Yemen as its priorities.

“With the help of Allah, this historic victory will open the way for the Muslim masses to achieve liberation from the despotic rule of tyrants who have been imposed by the West on the Islamic world,” Ash-Sahab concluded.

TOI noted two very conspicuous omissions from al-Qaeda’s target list of regions to “liberate” from “despotic rule”: China’s Xinjiang province, where the Muslim population has been herded into concentration camps and used for slave labor, and Chechnya, where the Russian government fights vicious battles with Muslim insurgents who are not sweethearts themselves.

Indian-controlled, Muslim-majority Kashmir is currently on security lockdown following the Wednesday demise of 92-year-old separatist leader Syed Ali Geelani. Geelani’s family on Thursday accused Indian officials of stealing his body and burying him quietly, instead of allowing him to be interred in a “martyr’s graveyard.” 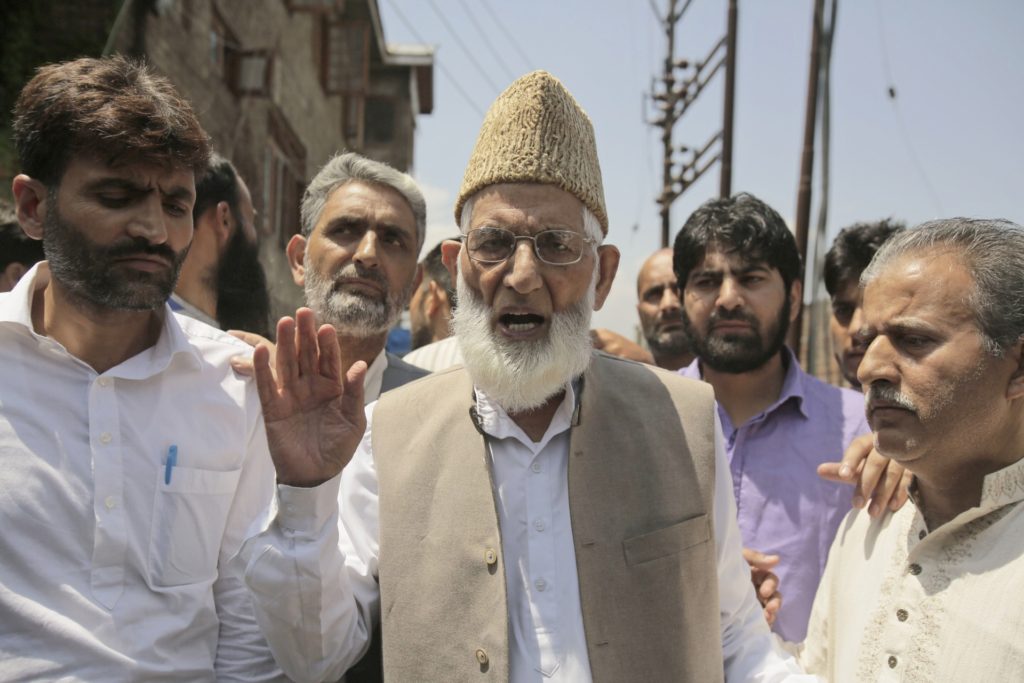 Syed Ali Shah Geelani speaks to the media as he walks outside his house to participate in a march towards the United Nations Military Observer Group office in Srinagar, Indian controlled Kashmir, July 29, 2016. (AP Photo/Mukhtar Khan)

“They snatched his body and forcibly buried him. Nobody from the family was present for his burial. We tried to resist but they overpowered us and even scuffled with women,” Geelani’s son Nassem said.

“We in Pakistan salute his courageous struggle and remember his words: ‘We are Pakistani and Pakistan is ours,’” said Khan, who also applauded the Taliban victory in Afghanistan.

The Hindustan Times on Thursday noted the Taliban historically had little to say about Kashmir but has allowed al-Qaeda to launch terrorist operations into Kashmir from Afghan soil. The new Taliban regime has assured India it has no agenda in Kashmir, but the Indian government is worried “history will repeat itself” with renewed al-Qaeda operations under the aegis of “Taliban 2.0.” 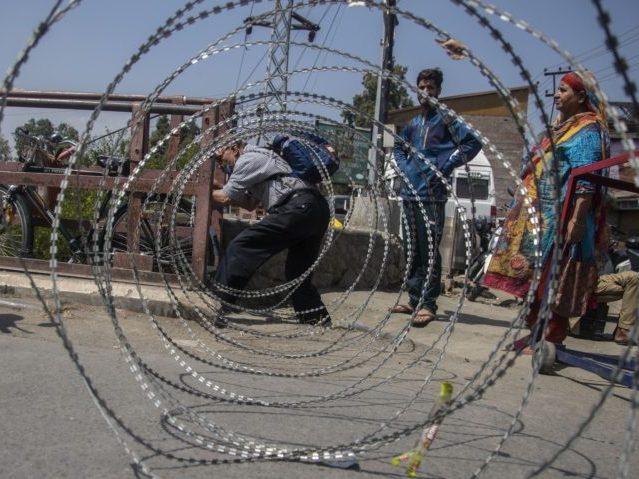 The Hindustan Times found it “intriguing” that al-Qaeda would put Kashmir so high on its target list after the Taliban victory, speculating al-Qaeda might be earning its keep in Pakistan by doing a little dirty work to further Islamabad’s interests.

The Indian paper also noted memories tend to be long in the Muslim world and suggested Kashmiris who recall the “wave of terror” unleashed under the “tyranny of Afghan governors” in the early 19th century should not be eager for the Taliban and its al-Qaeda friends to get involved in Kashmir’s affairs again.