The Taliban took control of Bazarak and Panjshir province is under its control. Video of the Taliban raising its banner over the Bazarak district center. pic.twitter.com/AimalwgtnF

“Taliban’s claim of occupying Panjshir is false,” the NRF responded in a tweet of its own.

“The NRF forces are present in all strategic positions across the valley to continue the fight,” the resistance stated. “We assure the people of Afghanistan that the struggle against the Taliban and their partners will continue until justice and freedom prevails.”

However, Massoud also said on Sunday that his fighters would be willing to lay down their arms if the Taliban halts its attacks and withdraws from the valley.

The NRF conceded on Monday that its spokesman Fahim Dashti was killed in Panjshir Valley over the weekend, but said Massoud and Saleh survived Taliban attacks on their residences. The resistance claimed in response that its forces killed the Taliban’s top military commander for northern Afghanistan.

Deeply saddened over the killing of Fahim Dashty, a proud man who stood for free thought and free media in the past 20 years. The tragedy in Panjshir could have been avoided through peaceful dialogue. May Dashty’s aspiration for a free, just & peaceful Afghanistan be fulfilled. pic.twitter.com/iq28R9GpjF

#BREAKING: Resistance forces say, Mawlawi Fasehddin, Taliban’s general commander for north of Afghanistan has been killed in Panjshir. Taliban did not confirm or reject it yet. pic.twitter.com/naRccnoqMt

“Fahim Dashti was a friend and a brother. He stood for free speech and his ideals and died like a hero for his homeland!” resistance leader Ahmad Massoud said.

Dashti was a journalist and politician, and the nephew of Abdullah Abdullah, who nearly defeated President Ashraf Ghani in the last election, became something of a co-president in the final Ghani administration, and has been negotiating with the Taliban to gain some representation for officials from the old government in the new theocratic regime.

Those negotiations apparently ended over the weekend, as the Taliban rejected pressure from the international community and announced Abdullah, along with former president Hamid Karzai and other legacy officials, would have no place in the new government. The Taliban added that it would no longer guarantee the physical security of Abdullah or Karzai, who took refuge in Abdullah’s house.

The NRF’s reference to the Taliban’s “partners” might have been an allusion to reports that Dashti was killed by a drone strike from Pakistan, which the resistance said is assisting the Taliban with drones and attack helicopters. The NRF also claims al-Qaeda fighters have joined forces with the Taliban to conquer Panjshir Valley. 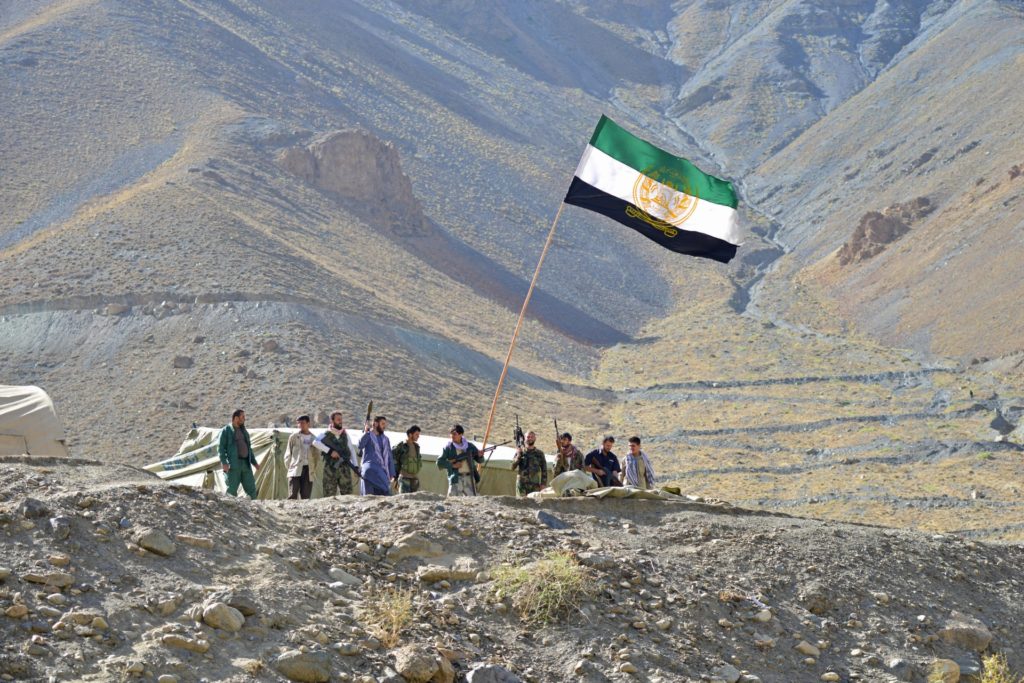 Afghan resistance movement and anti-Taliban uprising forces stand guard on a hilltop in the Astana area of Bazarak in Panjshir province on August 27, 2021, as among the pockets of resistance against the Taliban following their takeover of Afghanistan, the biggest is in the Panjshir Valley. (AHMAD SAHEL ARMAN/AFP via Getty Images)

The government of Iran on Monday also accused Pakistan of helping the Taliban conquer Panjshir Valley. The Iranian Foreign Ministry “condemned in the strongest terms” Pakistani and Taliban attacks on the Afghan resistance and called for an international investigation of Pakistan’s actions.

The UK Daily Mail on Monday cited eyewitness reports that the Taliban fighters who overran Panjshir were “armed with weapons abandoned by withdrawing U.S. forces.”

The Times of London also quoted reports that captured American weapons were employed in the conquest of Panjshir, and some resistance members captured by the Taliban were photographed wearing American-made handcuffs.

It should be noted that verified information from the Panjshir theater is difficult to come by, as Internet and communications systems have been disrupted, the Taliban has been hostile to reporters in the area, and a great deal of disinformation has been distributed by all sides in the conflict.

Saleh, the former Afghan vice president helping to lead the resistance, on Sunday called for the United Nations to intervene and prevent the Taliban from slaughtering the NRF and causing a humanitarian catastrophe in Panjshir. He estimated at least 10,000 internally displaced Afghans fled to the valley after the Taliban captured Kabul, joining 250,000 people who already lived there. 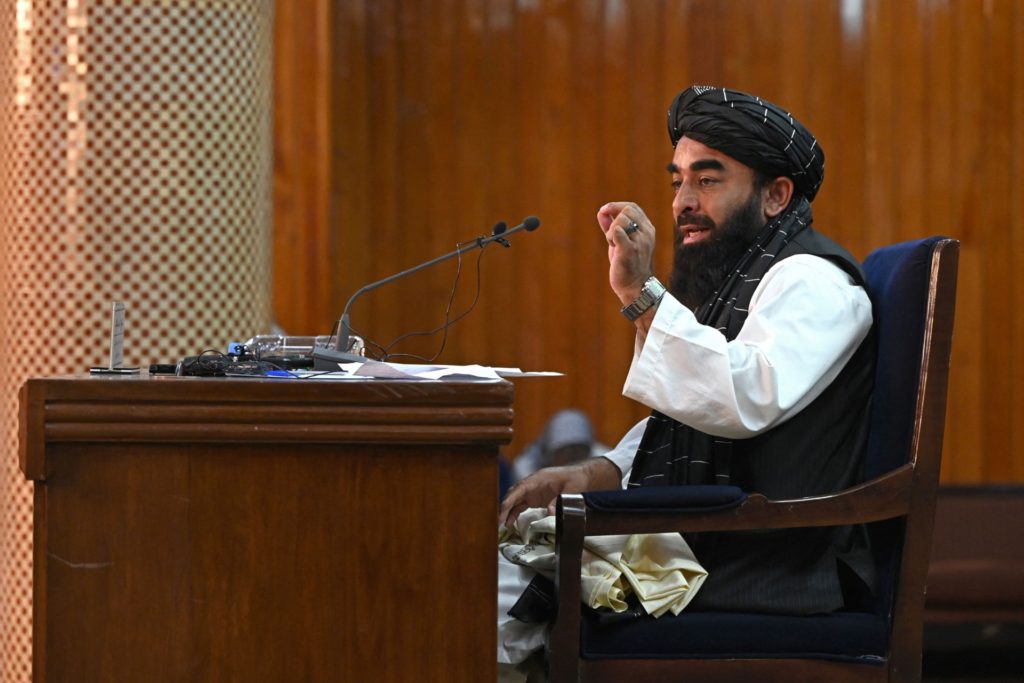 Taliban spokesman Zabihullah Mujahid speaks during a press conference in Kabul on September 6, 2021. The Taliban on September 6, 2021 said that any insurgency against their rule would be “hit hard”, after earlier saying they had captured the Panjshir Valley — the last pocket of resistance. (WAKIL KOHSAR / AFP)

“We call on the United Nations and the international community to do its utmost to prevent the Taliban’s onslaught inot Panjshir province and encourage, negotiate a political solution to ensure thousands of displaced and hosting civilians are saved,” Saleh said.

“If no attention is paid to this situation, a full-scale human rights and humanitarian catastrophe – including starvation and mass killing, even genocide of these people – are in the making,” he said.