Taiwan announced a defense spending increase of $9 billion on Thursday, citing the “severe threat” posed to its security by increasingly aggressive China.

The intimidating Chinese flight on Friday included J-16 and J-11 fighters, plus planes specializing in anti-submarine warfare and reconnaissance. The latter two aircraft flew over the Bashi Channel, the waterway separating Taiwan from the Philippines that is often used for saber-rattling naval and air missions by the Chinese. 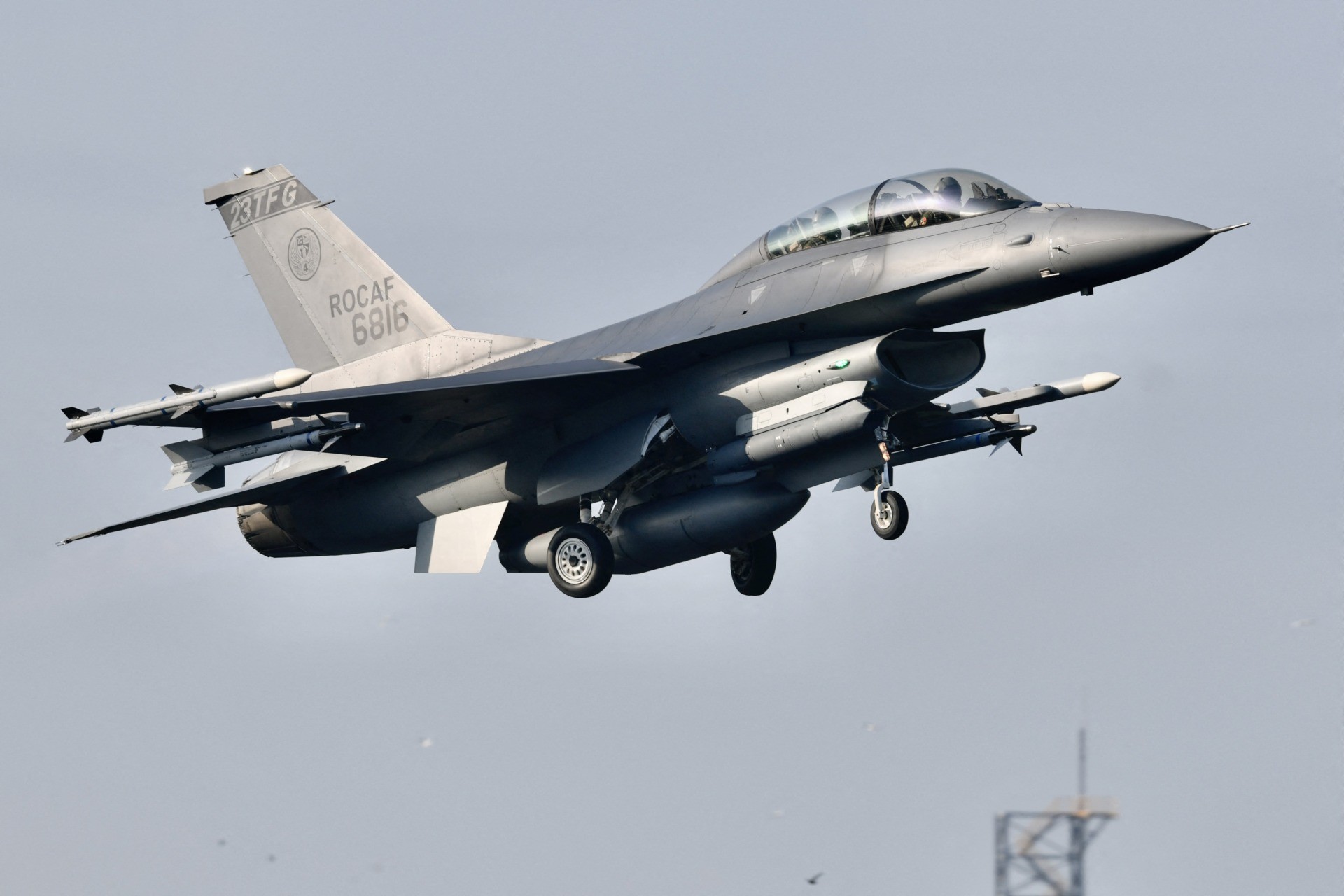 An armed US-made F16 fighter jet takes off from a motorway in Pingtung, southern Taiwan, during the annual Han Kuang drill on September 15, 2021. (SAM YEH/AFP via Getty Images). 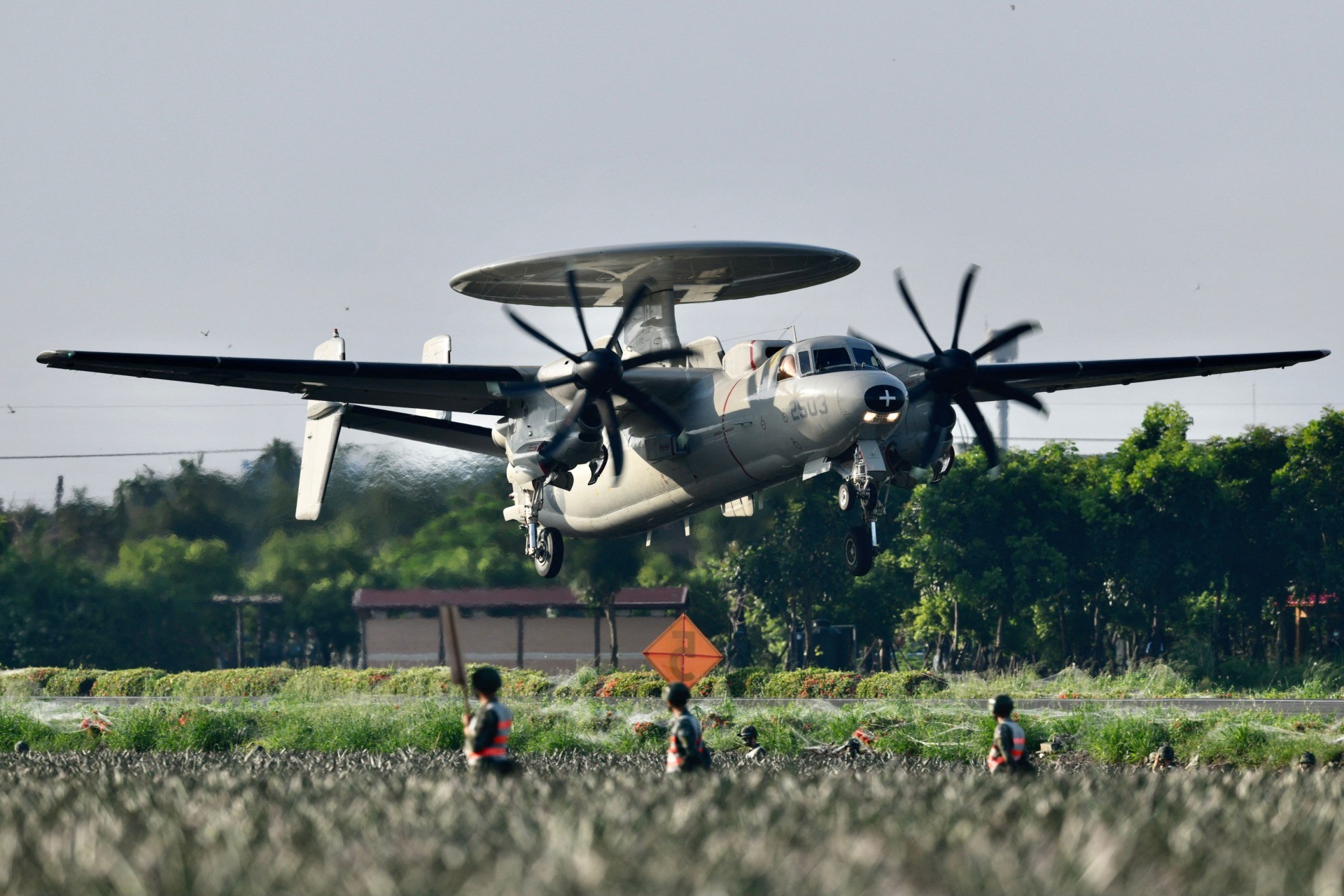 A US-made E2K Early Warning Aircraft (EWA) takes off from a motorway in Pingtung, southern Taiwan, during the annual Han Kuang drill on September 15, 2021. (SAM YEH/AFP via Getty Images).

Taiwan added $9 billion over the next five years to its $17 billion annual defense budget on Thursday, pending parliamentary approval.

“In the face of severe threats from the enemy, the nation’s military is actively engaged in military building and preparation work, and it is urgent to obtain mature and rapid mass production weapons and equipment in a short period of time,” the Taiwanese Defense Ministry said.

In a remarkable departure from previous defense bills, most of the additional $9 billion is earmarked for locally produced weapons, rather than buying them from the United States. China taunted Taiwan after U.S. President Joe Biden’s disastrous withdrawal from Afghanistan, warning the Taiwanese that Biden’s weak and inept administration could not protect them if the People’s Liberation Army (PLA) decided to “reunify” the autonomous island by force.

“Only if we ensure our security and show determination will the international community think well of us. Others will only help us if we help ourselves,” Lo Ping-cheng, spokesman for the Taiwanese Cabinet, said on Thursday.

“The Chinese Communists plot against us constantly,” Taiwanese Premier Su Tseng-chang said on Friday, shortly before the PLA warplanes flew into Taiwan’s ADIZ.

“We must not relax. We must have the best preparations so that no war will occur,” said Su.

“As allies and partners in the region and around the globe increasingly push back on China’s aggressive action, it is important that Taiwan remain committed to the changes that only it can make for itself,” Larson said.

President Tsai Ing-wen oversaw a military exercise on Thursday where Taiwanese fighter jets practiced landing on a highway, a technique that would prove necessary in a major conflict because the small island has limited runway capacity. One of the fighters involved in the exercise was a locally-produced Ching-kuo Indigenous Defense Fighter, which is roughly comparable to the American F-16, a plane that figures prominently in Taiwan’s inventory.

“Such splendid combat skills and rapid and real actions come from solid everyday training and also demonstrate the confidence of the Republic of China Air Force in defending its airspace,” Tsai said approvingly after watching the exercise.