Angry relatives of the hundreds killed in the titanic August 2020 explosion at the Port of Beirut took to the streets Wednesday, infuriated that the long and inconclusive investigation of the blast has been halted for the second time.

Judge Tarek Bitar, the second judge to head up the investigation since it was launched, suspended the case Monday because former interior minister Nohad Machnouk filed a complaint accusing Bitar of political bias. 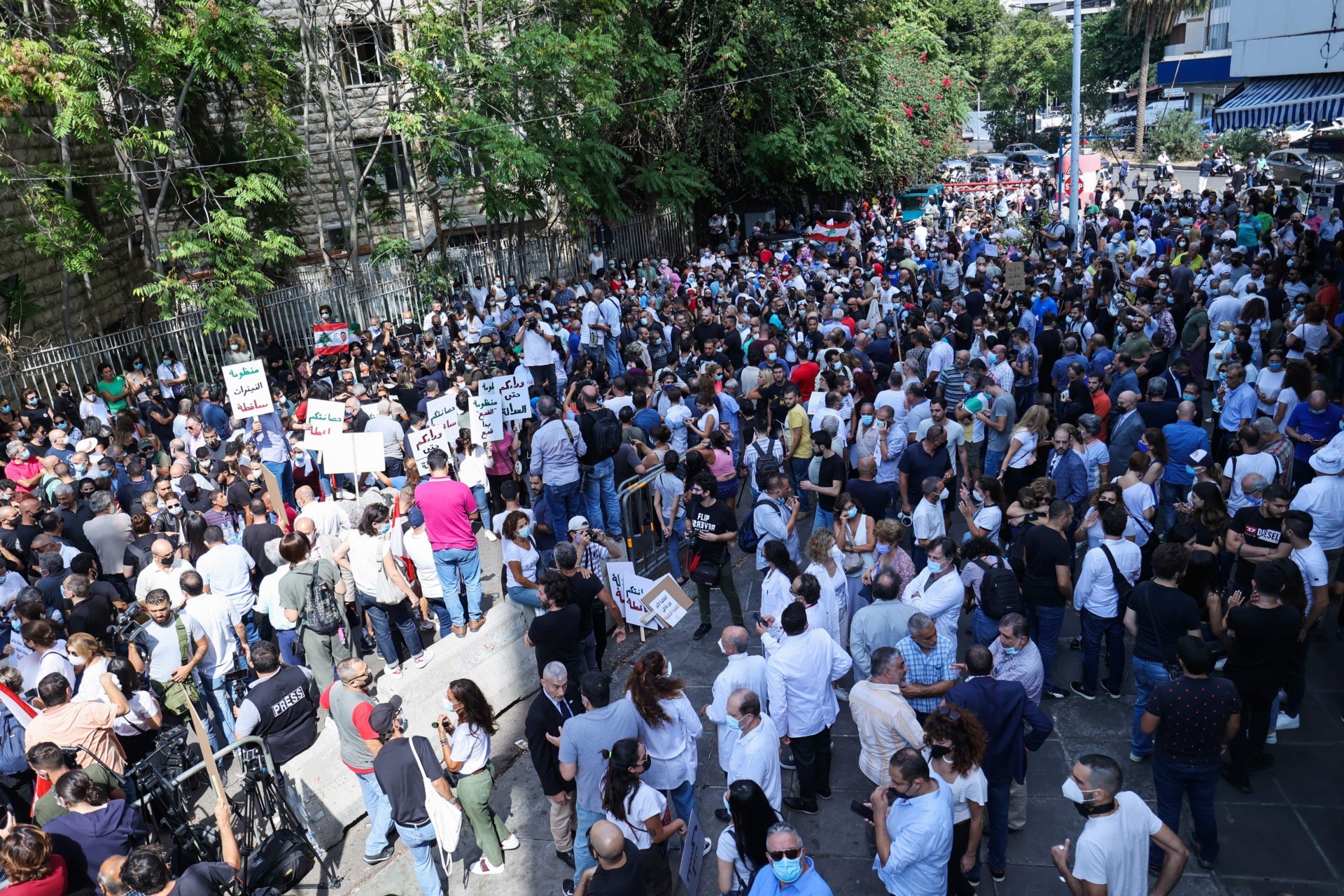 Activists and relatives of victims of the Beirut port explosion demonstrate on September 29, 2021 outside the Lebanese capital’s Justice Palace, to protest the suspension of the investigation into the August 4, 2020 port explosion. (ANWAR AMRO/AFP via Getty Images).

Machnouk, who currently holds a seat in the Lebanese parliament, accused Bitar of lacking impartiality and demanded his removal after Bitar summoned him for questioning.

Another formal official investigated for negligence by Bitar, former public works minister Youssef Finyanus, refused to answer questions and called for Bitar’s removal earlier this month. Bitar issued an arrest warrant for Finyanus when he refused to appear before the court.

The two complaints were enough to make Bitar cancel his other scheduled interviews and suspend his investigation, pending resolution of the complaints against him by the Court of Appeals.

Bitar’s predecessor, Fadi Sawan, was removed from the case in February after he charged former prime minister Hassan Diab, former finance minister Ali Hassan Khalil, Youssef Finyanus, and another former public works minister named Ghazi Zaeiter with negligence. (They are all “former” ministers because most of the Lebanese government resigned after the explosion). 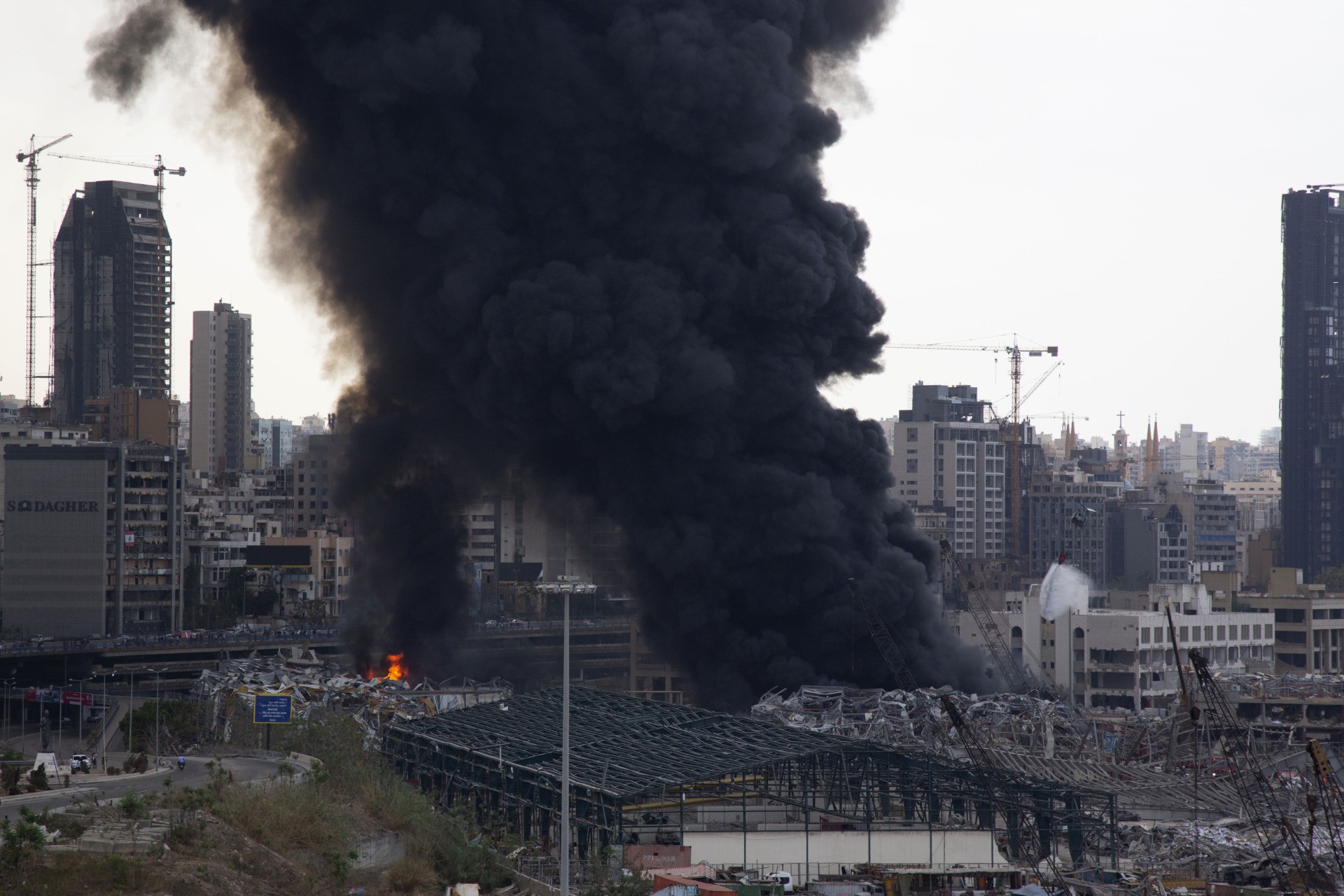 Smoke rises from a fire which has broken out at the Beirut Port on September 10, 2020 in Beirut, Lebanon. The fire broke out in a structure in the city’s heavily damaged port facility, the site of last month’s explosion that killed more than 190 people. (Sam Tarling/Getty Images).

Khalil and Zaiter accused Sawan of lacking impartiality, much as Finyanus and Machnouk have done with Bitar, and Sawan was removed from the case.

Bitar’s judgment has also been challenged by senior officials of Hezbollah, the Iran-backed Shiite terrorist organization that is also one of Lebanon’s most powerful political parties. According to a source quoted by Reuters on Wednesday, Bitar told the Lebanese public prosecutor’s office he received a threatening message from Hezbollah two weeks ago.

“We have had it up to here with you. We will go along with you until the end of the legal road but if it doesn’t work we will remove you,” Hezbollah reportedly told Bitar through an intermediary.

Reuters quoted a Lebanese media source that said Prime Minister Najib Mikati is aware of physical threats made against Bitar by unnamed parties and has taken precautions to protect him.

Mikati said on Monday that Bitar’s potential removal was a “judicial matter,” but he expressed support for Bitar and doubted Lebanon can “withstand the second judge being removed.” 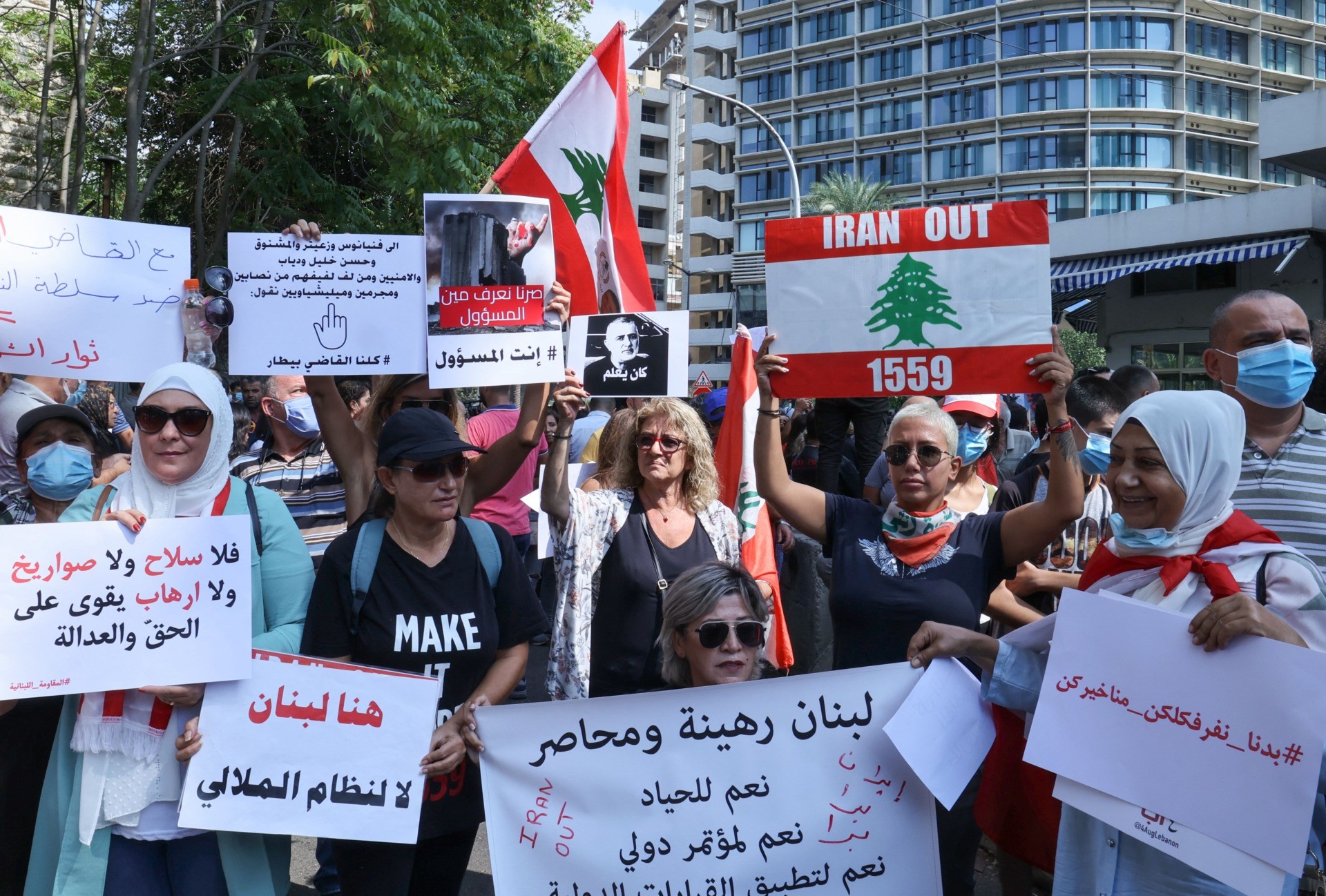 Activists and relatives of victims of the Beirut port explosion lift placards as they demonstrate on September 29, 2021 outside the Lebanese capital’s Justice Palace, to protest the suspension of the investigation into the August 4, 2020 port explosion. (ANWAR AMRO/AFP via Getty Images).

“Bitar’s removal, if it happens, would likely be the final blow to the inquiry, making it highly unlikely that a third judge would take up the job amid threats by members of the country’s political elite who have closed ranks in their effort to block the investigation,” the Associated Press (AP) observed Monday.

The AP quoted enraged family members of the Beirut dead who doubted justice would ever be done:

“[Bitar] was the best hope for Lebanese justice, but they are torpedoing everything,” said Mireille Bazergy Khoury, whose son Elias, 15, was killed by the explosion. She said the repeated lawsuits and challenges to the judge prove that those officials are implicated in the explosion.

“I can’t find the words to capture how sad and frustrated I am. I feel like every time something like this happens, they kill me once again,” Khoury said.

She said the families will try to legally challenge the obstruction attempts. “They killed my son, my daughter was injured, my home was destroyed, my life is in ruins.”

Hundreds of protesters filled the streets of Beirut on Wednesday, some carrying photos of their lost loved ones and others chanting slogans like “Hezbollah are terrorists.” Hezbollah is widely considered the most likely suspect for hoarding the huge amount of unstable ammonium nitrate that detonated last August, devastating the Port of Beirut and killing over 200 people. 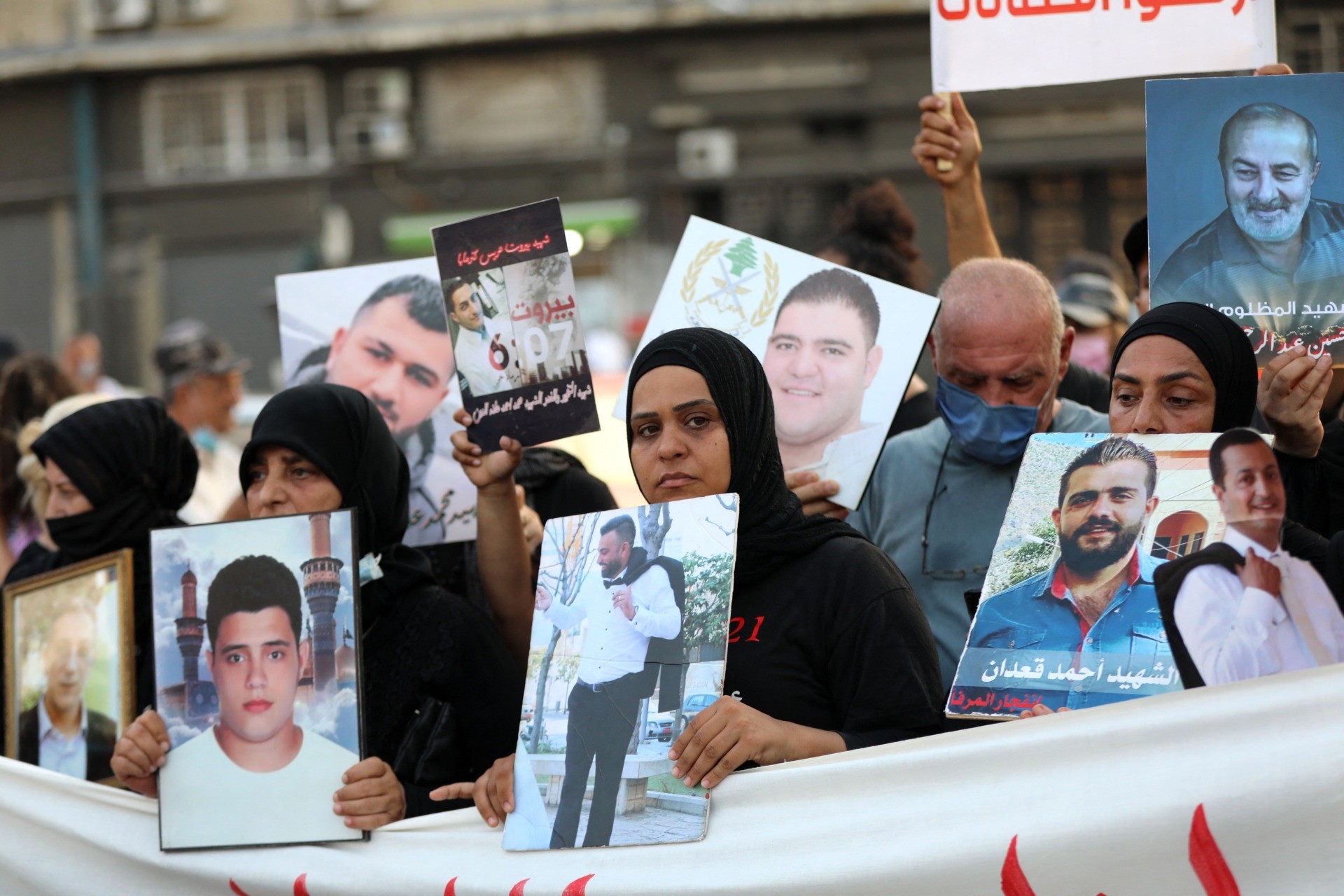 Families of the August 4 victims joined by protestors march with imitation coffins and portraits of their loved ones during a symbolic funeral procession from Beirut port. (ANWAR AMRO / AFP) (Photo by ANWAR AMRO/AFP via Getty Images).

Assembling before the Palace of Justice in Beirut, the demonstrators were outraged that no one has been held responsible for the explosion. Some warned that if justice was not served, the demonstrations could turn violent.

“If there’s no justice, then there’s no country,” another protester told the BBC as he mourned the death of his son in the blast.

Family members of the victims compared the behavior of Lebanese officials to mobsters in comments to Al Jazeera and described Judge Bitar as their last hope for justice.

“If we don’t demand the truth then we won’t ever know what happened to the victims. We support Judge Bitar and want him to continue leading the investigation,” one said.