At least six demonstrators were reportedly killed, and dozens more wounded, in Beirut on Thursday as tensions grew over the stalled investigation into the August 2020 explosion at the Port of Beirut.

The slain demonstrators were Shiite Muslims who took to the streets at the behest of Hezbollah and its allies to demand the removal of Judge Tarek Bitar, who is presiding over the Beirut Blast investigation. The prime subjects of Bitar’s investigation, a group of former ministers who currently hold seats in the Lebanese parliament, launched their third effort to remove Bitar on Wednesday. 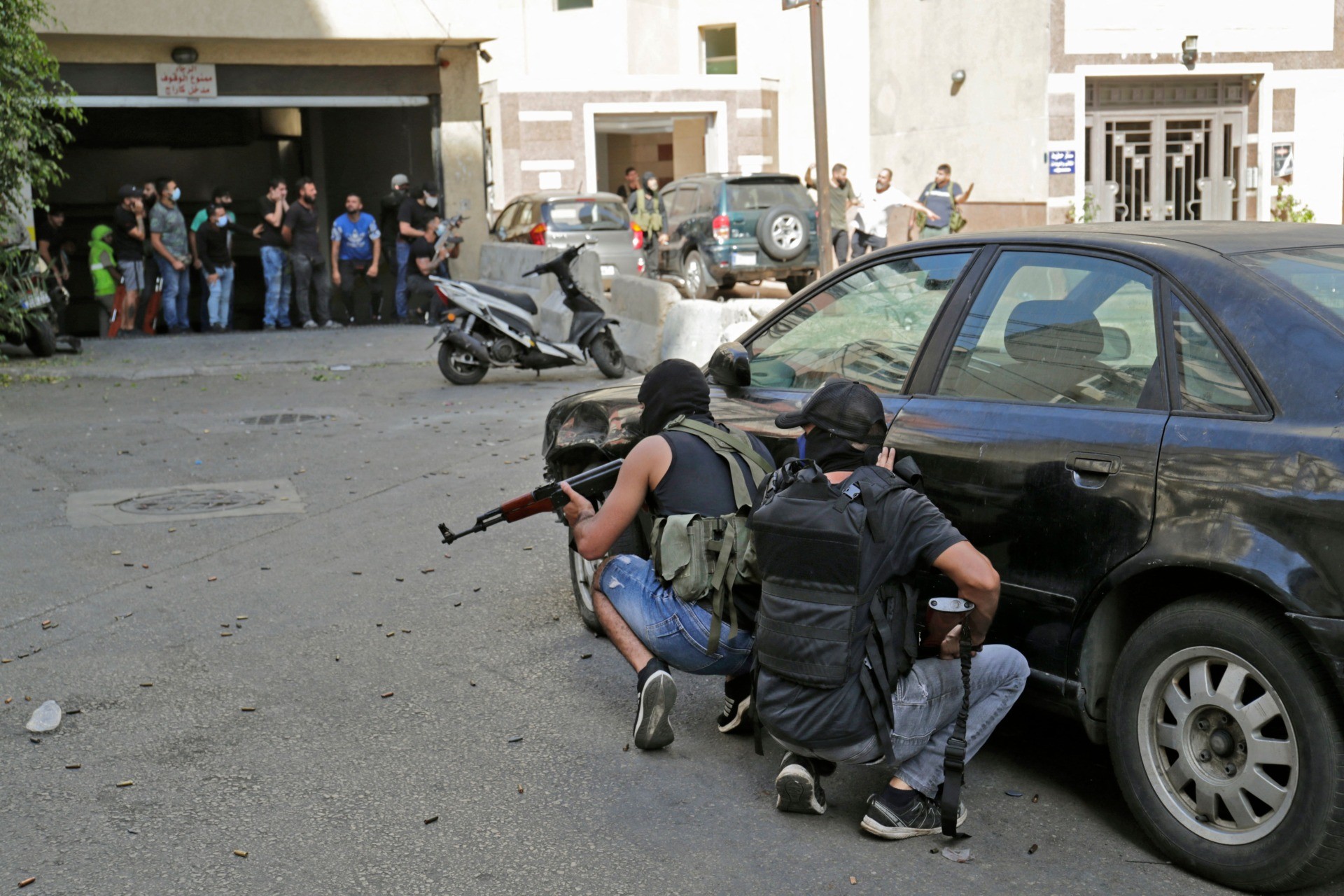 Shiite fighters take cover during clashes in the area of Tayouneh, in the southern suburb of the capital Beirut, on October 14, 2021. – Gunfire killed at least three people and wounded 20 at a Beirut rally organised by the Shiite Hezbollah and Amal movements to demand the dismissal of the Beirut blast lead investigator. (Photo by ANWAR AMRO/AFP via Getty Images)

Bitar is the second judge to helm the investigation, and many Lebanese fear the investigation – which has yet to hold anyone accountable for the explosion – will be scuttled entirely if Bitar is removed. The second attempt to remove him caused massive protests in the streets of Beirut last month.

Hezbollah, an Iran-backed Shiite terrorist organization that is also one of Lebanon’s most powerful political parties, reportedly decided to force Bitar’s ouster this week because it learned he was on the verge of bringing charges against Hezbollah members or their close allies. 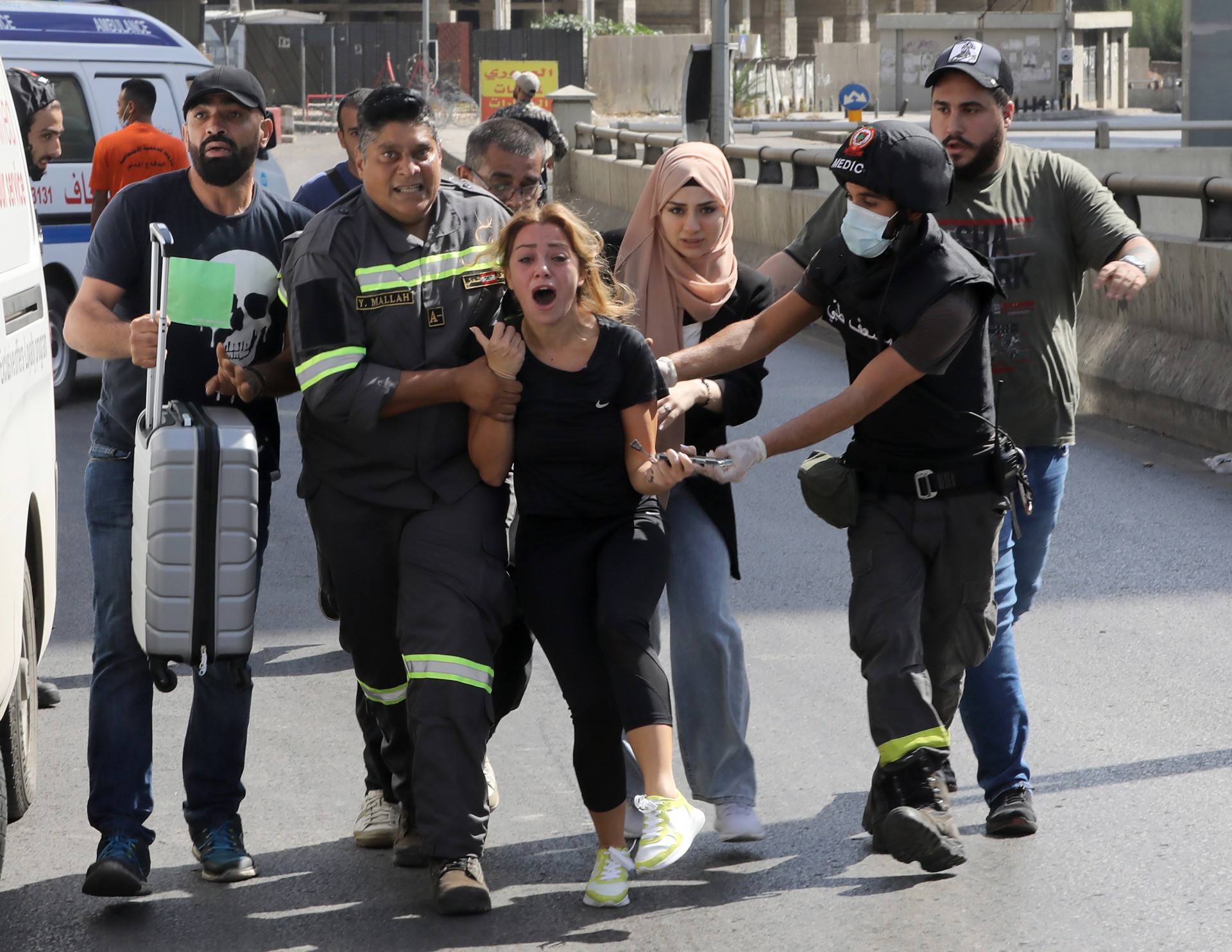 Medics evacuate residents after fierce fighting erupted near the Justice Palace in Beirut along a former civil war front line between Muslim Shiite and Christian areas on October 14, 2021 in Beirut, Lebanon. There are reports of 5 dead and 20 injured so far in Beirut, after protesters demanded the dismissal of judge Tarek Bitar, responsible for investigating the explosion at the port of Beirut in 2020. Gunfire erupted shortly after a complaint against him was dismissed. (Photo by Marwan Tahtah/Getty Images)

Hezbollah evidently decided to stage its own demonstrations on Thursday to show Bitar’s public support is not unanimous.

According to officials from Hezbollah and another allied party, the Amal Movement, members of a Christian party called the Lebanese Forces (LF) opened fire on the pro-Hezbollah demonstrators, perpetrating Lebanon’s worst act of political violence in over a decade. 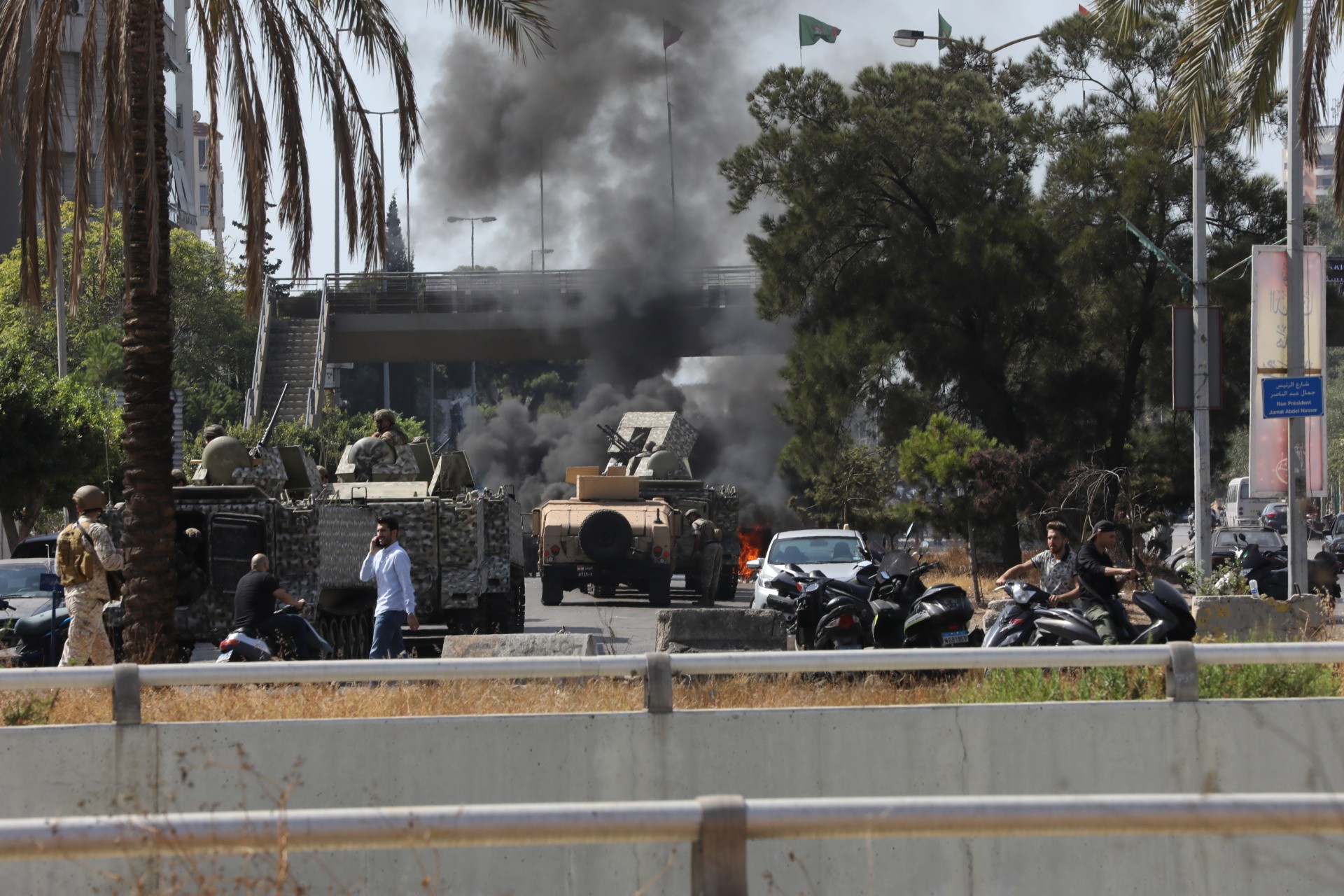 Fires broke out during fierce gun battles during a protest on October 14, 2021 in Beirut, Lebanon. There are reports of 5 dead and 20 injured so far in Beirut, after protesters demanded the dismissal of judge Tarek Bitar, responsible for investigating the explosion at the port of Beirut in 2020. Gunfire erupted shortly after a complaint against him was dismissed. (Photo by Marwan Tahtah/Getty Images)

Some buildings appeared to be on fire after the shootings, and at least one of the killings was captured live on a local television broadcast. Black-clad militants swiftly appeared among the protesters and returned fire with rifles and rocket-propelled grenades. Gunfire and rocket blasts were heard across the area for hours after the protesters were killed.

The Lebanese Red Cross reported over 30 injuries from the violence. Military units were deployed to the area to restore order, while civil defense units were assigned to evacuate civilians from the conflict zone.

A joint statement from Hezbollah and Amal claimed LF rooftop gunners “fired sniper shots with the aim to kill” while acting as part of an “international operation.”

LF leader Samir Geagea quickly condemned the shooting, calling on the Lebanese government to “conduct full and accurate investigations to determine responsibility for what happened in the capital today.”

“I deplore the events that took place in the Beirut area, especially the vicinity of Tayouneh, on the occasion of the demonstrations called by Hezbollah,” Geagea said. “The main reason for these events is the uncontrolled and widespread weapons that threaten citizens at all times and places.”

The U.S. and United Nations denounced the violence and called on all parties to restrain their forces.

“At this juncture it is critical to show maximum restraint, ensure that calm is restored and that citizens are protected,” said U.N. Special Coordinator for Lebanon Joanna Wronecka.

U.S. Undersecretary of State Victoria Nuland, who was in Beirut on Thursday to announce an additional $67 million in U.S. support for the Lebanese military, called the street violence “unacceptable” and obliquely criticized Hezbollah for impeding Judge Bitar’s investigation.

Nuland said the Lebanese people, and the victims of the Beirut explosion, “deserve no less” than a full and impartial investigation of the incident.