Caroline Ribera, daughter of former interim president Jeanine Áñez, said on Wednesday that her 54-year-old mother was “attacked and beaten” by a police officer while incarcerated in Miraflores Prison in La Paz.

Áñez was arrested in March for assuming the presidency after authoritarian socialist Evo Morales, and everyone in the line of succession above Áñez, fled the country – a constitutional requirement.

“Moments ago, my mother Jeanine Añez was attacked in the Miraflores prison. She has been attacked and beaten by Lieutenant Duran,” Ribera wrote in a tweet on Wednesday afternoon.

Ribera said the prison refused to give out any information on her mother’s health.

“I ask the whole country for help for the integrity of my mother. I fear for her life,” she said. 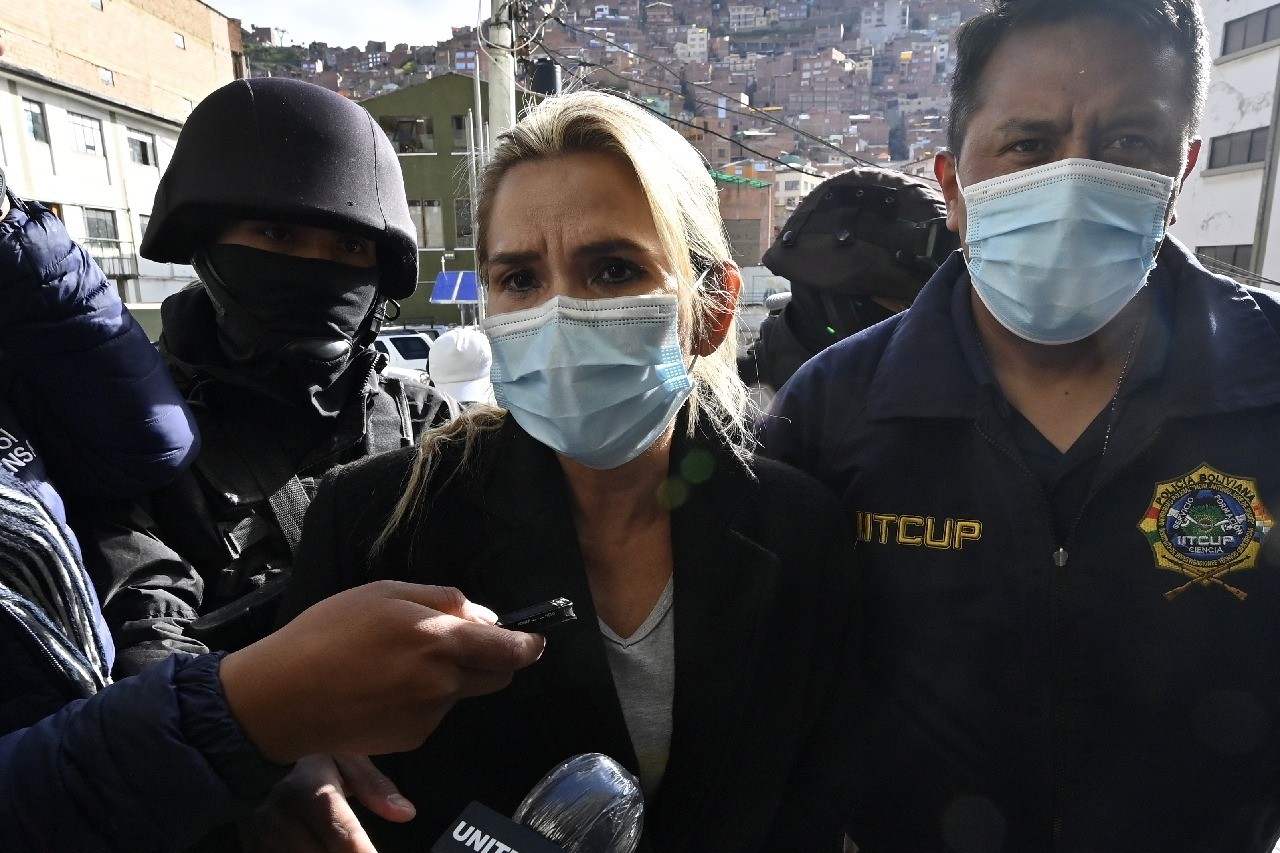 Former interim Bolivia’s President Jeanine Anez (C) is escorted by police members of the Special Force against Crime (FELCC) after being arrested in La Paz, on March 13, 2021. (AFP)

Ribera said Lt. Duran, who she could not identify more precisely, entered her mother’s cell with a group of other men and tried to “make her sign a note.”

“They wanted to force her, but she refused to sign,” Ribera said.

According to her brother, who witnessed the incident, Lt. Duran was infuriated by her mother’s defiance and began to “kick everything that was there” before he “attacked my mother” and “pushed her.”

This alleged abuse caused Áñez to experience an arterial hypertension crisis, for which she was allegedly injected with an unknown medicine by a doctor at the prison. Ribera said Áñez is now in stable condition but worried “anything could happen to her.”

Áñez became interim president in 2019 after Morales’ attempt to win an unconstitutional fourth term in office ended with the Organization of American States (OAS) revealing its observers had found evidence that Morales had committed fraud to stay in power. Violent leftists, additionally, had threatened potential opposition voters and caused chaos in the streets. Morales fled Bolivia, prompting his supporters to declare he was ousted in a coup. 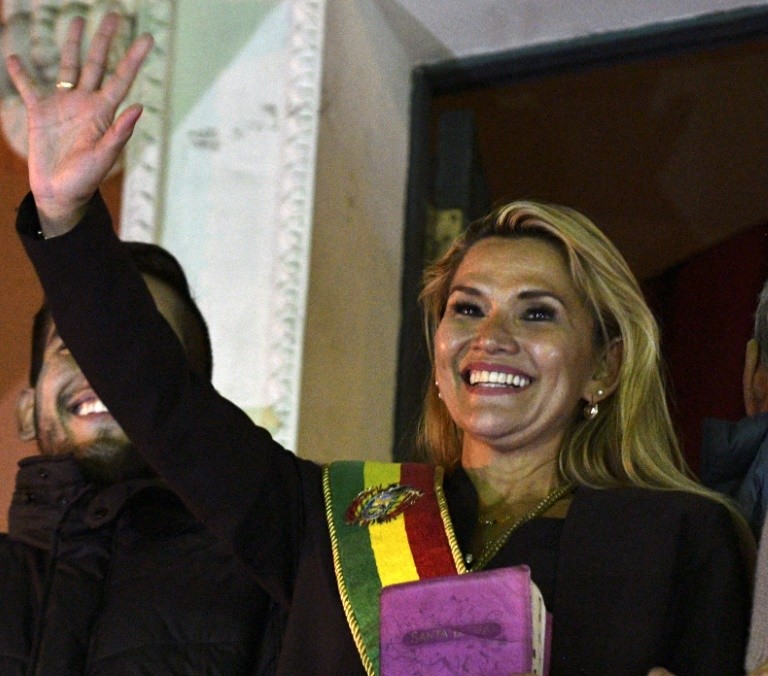 Áñez found herself in the presidency because Morales’ vice president and other top officials stepped down after his departure, leaving her next in line. Her interim presidency lasted until Morales ally and fellow Movement Towards Socialism (MAS) member Luis Arce won the 2020 election. Áñez’s mandate was to schedule a special election and she did so. She ran in that election for a short time before dropping out, dismantling accusations that she sought to become a dictator.

Anez claimed the warrant issued for her arrest on charges of “terrorism,” “treason,” and “sedition” in March 2021 was an act of “political persecution” by Arce, who wanted to demonstrate his strength, subdue the opposition, and settle old scores. Several members of her cabinet have also been jailed, and a few have sought asylum in other countries. The Bolivian opposition says the courts and prosecutors are all instruments of Arce’s political will.

Áñez was arrested and technically placed in protective pre-trial detention, but then she was charged with “genocide” over the deaths of at least 20 protesters in violent leftist riots during her tenure in the presidency, and prosecutors said they would seek a 30-year prison sentence.

She posted an open letter on social media in March alleging “abusive” behavior by police and prison officials, including the withholding of medical treatment for her hypertension. She said she did not trust the prison medical system in any event.

“I don’t trust the government’s doctors. They’re part of the system of abuse and repression and have shown they’re prepared to risk my life, injecting me with high-risk medication without precautions or previous studies, with the only aim of keeping me in their cells,” she wrote.

“This is a fight for democracy, and we will keep going until the end,” she vowed.

Áñez attempted to commit suicide in August due to what Ribera described as “severe depression” from her captivity.

The OAS demanded Áñez be released soon after she was arrested, with a dissent from Mexico, which accused the OAS of interfering in Bolivia’s internal affairs and said the organization should stop “making unilateral pronouncements in the name of all member-states.”

The OAS said Bolivia’s courts have “become repressive instruments of the ruling party” and warned the judiciary “is not in a position to provide the minimum guarantees of fair trial, impartiality, and due process.”

The U.S. State Department also said it was “deeply concerned by growing signs of anti-democratic behavior and the politicization of the legal system in Bolivia” after the arrests of Áñez and her former cabinet officials.

The State Department called for the release of Áñez and the other detainees “pending an independent and transparent inquiry into human rights and due process concerns.”