U.N. Secretary-General António Guterres addressed the globalist organization’s 2022 General Assembly on Tuesday, saying the time has come for the world to fall into line and address a range of problems from Russia’s invasion of the Ukraine to rising food and energy prices – or pay a deadly price.

The world “has a duty to act,” and yet “we are gridlocked in colossal global dysfunction,” Guterres lamented before more than 100 world leaders who had flown into New York City to attend the session.

After outlining all the problems confronting the planet, the veteran Portuguese Socialist called for action lest his words of warning vanish with the wind as he continued to plead for action to forestall a looming “winter of discontent on a global scale.” He said:

Progress on these issues and more is being held hostage by geopolitical tensions. Our world is in peril and paralyzed.

He also warned of what he called “a forest of red flags” around new technologies despite promising advances to heal diseases and connect people. 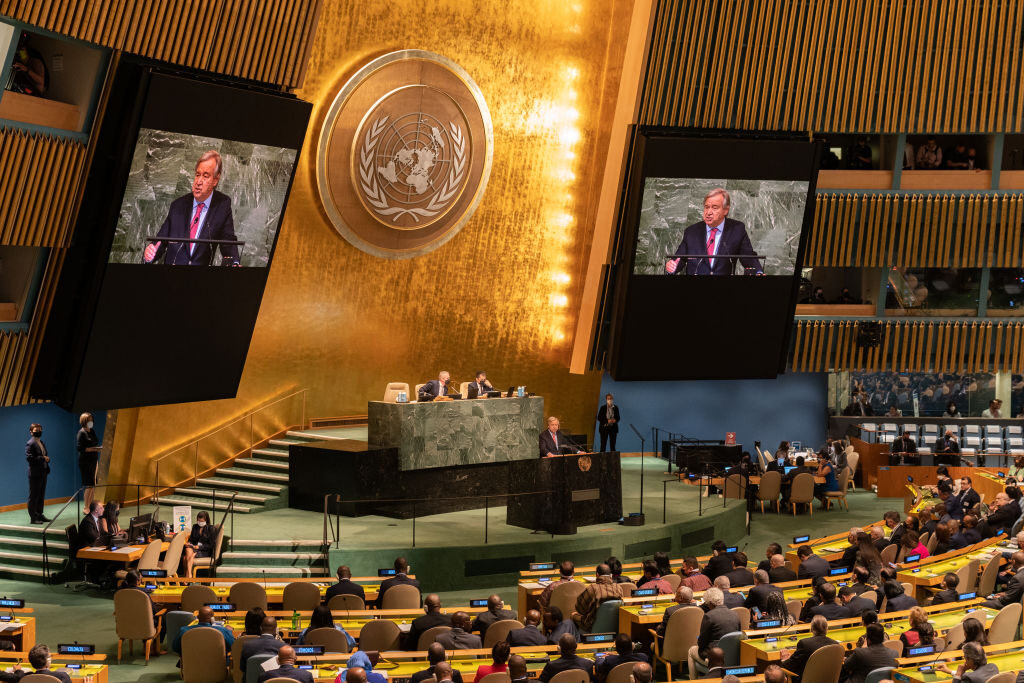 Guterres said social media platforms are based on a model “that monetizes outrage, anger and negativity.” Artificial intelligence he said, “is compromising the integrity of information systems, the media, and indeed democracy itself.”

The world lacks even the beginning of “a global architecture” to deal with the ripples caused by these new technologies because of “geopolitical tensions,” Guterres observed, returning to a theme of societal restructure he has broached before.

RESET: Nature is determined to destroy humanity through flood, famine, fire, and pestilence, U.N. Secretary-General Guterres declared Wednesday, prophesizing the time has come for us to repent and mend our ways through a great climate and economic "reset." https://t.co/sZUDhH7YT8

He embraced the export of cereals agreement signed between Kiev and Moscow, in which the U.N. acted as mediator. It was not a “miracle”, but an example of diplomacy, was his summation of the outcome.

“The war (in Ukraine) has unleashed widespread destruction, with large-scale violations of international humanitarian law and human rights,” said Guterres, who is “extremely disturbed” by reports that mass graves have been found in the Ukrainian town of Izium after the departure of invading Russian forces.

The collateral effects of the conflict also extend beyond Ukraine, as it has exacerbated the “global cost of living crisis.” 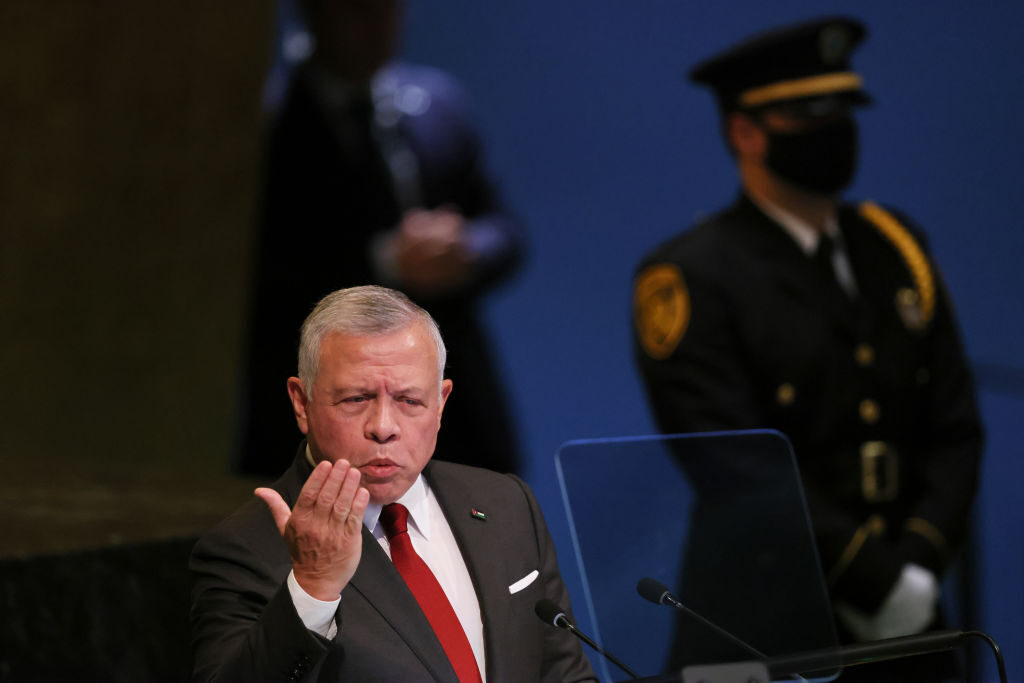 King of Jordan Abdullah II bin Al-Hussein speaks at the 77th session of the United Nations General Assembly (UNGA) at U.N. headquarters on September 20, 2022 in New York City. After two years of holding the session virtually or in a hybrid format, 157 heads of state and representatives of government are attending in person. (Photo by Michael M. Santiago/Getty Images)

Guterres recalled some 94 countries in which 1.6 billion people live are facing “a perfect storm” in which rising food and energy prices, the “crushing” burden of debt and the lack of access to new funds are intertwined.

Although Guterres issued a string of warnings to the gathering, not all countries were represented at the highest level.

Several major leaders will not be in attendance this week.

The countries will instead send ministers to deliver speeches.

The global gathering, known as the General Debate, was entirely virtual in 2020 because of the pandemic, and hybrid in 2021. This year, the 193-member General Assembly returns to only in-person speeches, with a single exception — Ukrainian President Volodymyr Zelensky.

The U.S. president, representing the host country for the United Nations, is traditionally the second speaker. But Joe Biden is attending the funeral for Queen Elizabeth II and his speech has been pushed to Wednesday morning.