A provision within Speaker Nancy Pelosi’s health care measure passed by the House the other week rehashes a months-old intramural battle between powerful Democrats over how biologic drugs will face competition from generic drug manufacturers. 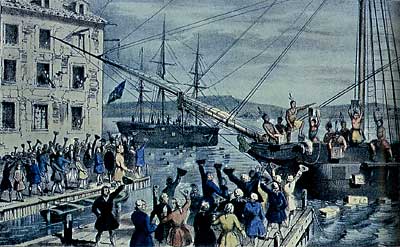 While the House bill provides a brand drug maker-backed 12 years of monopoly data protection for these next generation therapies, one component of the bill, buried on page 1,534, beginning on line 15 under the heading, “Restrictions on biological products containing dangerous ingredients,” might raise more than eyebrows.

The provision states, “the Secretary shall not license the biological product under this subsection unless the Secretary determines, after consultation with the appropriate national security and drug enforcement agencies, that there would be no increased risk to the security or health of the public from licensing such biological product under this subsection.”

Hidden under all that national security talk of chemical warfare lays something far more typical of this particular Congress: Favors for preferred industries and donors.

The language is a holdover from a bill sponsored last year by Reps. Anna Eshoo (D-Calif.) and Joe Barton (R-Texas) that was ostensibly designed to provide a “pathway” to approval for so-called “biosimilars,” another word for generic biologic drugs.

As Tim Carney explained in the Washington Examiner this summer, “[t]he Food and Drug Administration says it lacks authority to approve generic biologics, handing this hot potato to Congress. The result is a lobbying battle royale. The most contentious issue: How many years should the FDA protect biologics from competition?”

Depending on who you ask (generic drug makers say it’s a pathway to nowhere), Eshoo’s bill establishes a marketplace for generic versions of biotech products to treat arthritis, MS, psoriasis, anemia and other conditions. Under such law, drugs that treat these ailments would eventually be subject to competition.

But one remarkable exception was an exemption for wrinkle treatment Botox. Eshoo’s so-called “Botox carve out” protects the drug and others like it (though none similar yet) from competition on national security grounds, suggesting the product’s development from “select agents and toxins,” such as Botox’s botulinum toxin type A, could be perverted and used in terrorist plots. The wrinkle is that while this would ostensibly keep dangerous chemicals out of the hands of terrorists, it would also give Irvine, California-based Allergan a special buffer even more generous than its biotech counterparts.

The bill did not move in 2008. But Eshoo introduced the same language again this year, which passed the House Energy and Commerce Committee over the objections of its Chairman Henry Waxman and wound up in Nancy Pelosi’s health care bill – which passed by a slender, Botox-worthy margin of two votes.