Last Tuesday, Daily Kos founder Markos Moulitsas wrote an op-ed in The Hill claiming the center-right nation was a myth. In the article he points out that it is impossible for it to be a center-right nation due to the fact that there are strong democratic majorities in the House and the Senate. He also cites Gallup polls claiming that even though 40% identify themselves as conservative, it is not a majority. It is unclear if he is trying to convince us, or himself, that we are not a center-right nation. 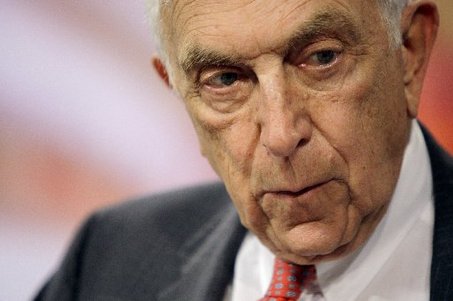 It is true that there is a strong liberal majority in the House and Senate. However, that cannot be explained to the fact that this nation leans to the left. Moulitsas makes no mention to the fact that without Obama at the top of the ticket, conservatives have done very well. In the special runoff election a month after Obama was elected, Saxby Chambliss was elected with 57 percent of the vote, nearly 10 more percentage points then he had a month earlier in the general election. Or the stunning victory of Scot Brown in MA by 5 percentage points to win a seat that had been inhabited by a Democrat for 47 years. He also pays no mention to the fact that Virginia, who has two Democrat Senators and voted for Obama in 2008, elected a strong conservative by a margin of 19 points in 2009. He also ignores the fact that in New Jersey they elected a Republican governor.

In the election of 2006 and 2008 voters wanted change, but they did not want the major change that the Obama administration is trying to achieve. Obama won the election by running on conservative ideals like cutting taxes and cutting spending. In fact, Obama’s plan to tax people that made over $250,000 was a highly contested issue in the election. The American people did not vote a complete government takeover of health care.

According to Rasmussen, 75% of Americans are at least somewhat angry at the government’s current policies. That is a staggering number that should send a message that you cannot govern from the left, especially if you campaign from the right. If Markos truly believes that the Center-Right nation is a myth, he should look no further than the 9/12 March on Washington.