House leaders are preparing to ram through ObamaCare this week without a vote. Not only is the legislation unconstitutional, but the process being used to pass it is unconstitutional. The House is preparing a rule that would consider the Senate-passed version of ObamaCare passed in the House even though members would never directly vote on it. That would violate Article 1, Section 7 of the U.S. Constitution. 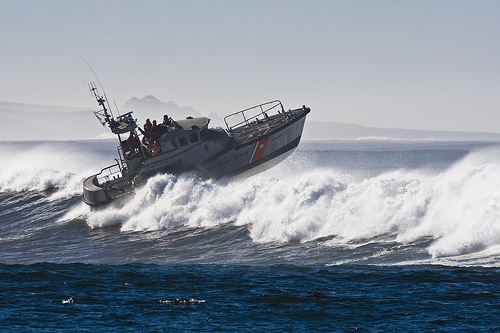 Here is how the trick would work: In the House, the Rules Committee sets up the parameters for debate on legislation. House leaders are considering a complicated rule that would be structured so that a vote on the rule setting down the structure for the ObamaCare debate would allow the Senate’s version of health care reform to pass without a vote. First, there would be a vote on a rule. If the rule is passed by the House, then the House would vote on a health care budget reconciliation measure that is an amendment to the Senate passed ObamaCare bill. If that reconciliation measure passes, then reconciliation goes to the Senate and the ObamaCare legislation is deemed passed without a direct vote. The plan for the legislation is unclear. House leadership will either structure the rule to either immediately present ObamaCare to the President for his signature or they will hold the bill and deliver it only if the Senate passes a health care reconciliation measure. Either way, the Constitution and the American people are the losers.

Understand that this procedure is drafted in a way so your average American can’t understand it. The simple way to understand the situation is that the House is trying to pass a bill without a vote.

The Constitution states that the House and Senate are supposed to pass identical versions of a bill before the President can sign it into law. One of the reasons for this tricky procedure is to provide cover for moderate Democrats who don’t want to vote for the Senate-passed ObamaCare bill because it includes the federal funding of abortion.

Michael McConnell, Professor and Director of the Constitutional Law Center at Stanford Law School, explains it this way at the Wall Street Journal today:

Democratic congressional leaders have floated a plan to enact health-care reform by a procedure dubbed “the Slaughter solution.” It is named not for the political carnage that it might inflict on their members, but for Rep. Louise Slaughter (D., N.Y.), chair of the powerful House Rules Committee, who proposed it. Under her proposal, Democrats would pass a rule that deems the Senate’s health-care bill to have passed the House, without the House actually voting on the bill. This would enable Congress to vote on legislation that fixes flaws in the Senate health-care bill without facing a Senate filibuster, and without requiring House members to vote in favor of a Senate bill that is now politically toxic.

McConnell is right. The Constitution says that:

Every Bill which shall have passed the House of Representatives and the Senate, shall, before it become a Law, be presented to the President of the United States; If he approve he shall sign it, but if not he shall return it, with his Objections to that House in which it shall have originated, who shall enter the Objections at large on their Journal, and proceed to reconsider it. If after such Reconsideration two thirds of that House shall agree to pass the Bill, it shall be sent, together with the Objections, to the other House, by which it shall likewise be reconsidered, and if approved by two thirds of that House, it shall become a Law.

If a branch does not vote on a bill, then that bill did not pass. This proposed procedure seems to be a clear violation of the letter and spirit of the Constitution. There will be debate on the proper remedy for this constitutional affront, but all can agree that, at a minimum, House members can raise a constitutional point of order against the rule.

Liberals in the House understand that this process is hard to defend. Chris Frates at Politico writes about a leaked memo drafted by Assistant to the Speaker Chris Van Hollen (D-MD) intended to provide talking points to Democrat members when challenged on the unconstitutional process.

The Van Hollen memo also advised members to avoid talking about the process. “At this point, we have to just rip the band-aid off and have a vote — up or down; yes or no? Things like reconciliation and what the rules committee does is INSIDE BASEBALL,” the memo says. “People who try and start arguments about process on this are almost always against the actual policy substance too, often times for purely political reasons.”

Speaker Nancy Pelosi (D-CA) and the House Rules Committee have come up with a very complicated procedure to get ObamaCare to the President’s desk without House members having to vote directly on the bill. This procedure is going to be debated extensively this week and may be the key issue as to whether President Obama signs legislation to provide a de facto government-run health care system.