Most Americans are unaware (although readers of my website, AtlasShrugs.com, are well aware) of the atrocity that is taking place at the 9/11 Memorial and Museum. The New York Times reported last Sunday that “a dispute” is taking place over the remains of 9/11 victims, “between some of the victims’ families and the officials planning the National September 11 Memorial and Museum underneath where the twin towers stood.” 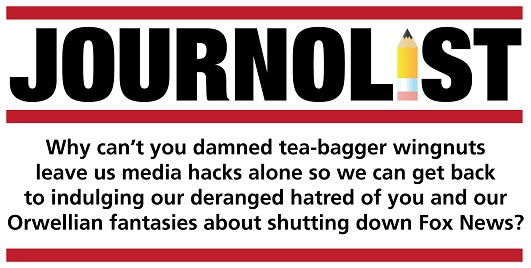 The dispute has arisen, says the Times, because “officials plan to take the remains seven stories below ground and place them in the new museum behind a wall with a quotation from Virgil about never forgetting, studded in letters of World Trade Center steel. But the families, appalled by the idea of remains that could belong to their loved ones being turned into a lure for tourists, want them kept in a separate above-ground memorial that would be treated like hallowed ground.”

The remains of the victims of the September 11th Islamic attack on this country do not belong to those ghouls at the 9/11 Memorial and Museum (Ground Zero mosqueteer Daisy the Khan is on their advisory board). Sally Regenhard, who lost her son Christian on 9/11, explained: “I personally feel I’ve been robbed of access to where my son’s remains are potentially being buried. My entire family, we will never go in there. This is a post-traumatic stress situation waiting to happen.” Rosemary Cain, whose son George, a firefighter, was killed on 9/11, said that putting the remains in the museum was “like a freak show.”

However, the president of the National September 11 Memorial and Museum, Joe Daniels, was fine with the freak show: “What the families need most and what the public needs most is a memorial they can come to to pay their respects at.” The hubris of this creep. He is going to tell the 911 family members what they need.

National September 11 Memorial and Museum director Alice Greenwald said the plan was just like what they do in…Cambodia and Rwanda: “When you go to the genocide museum in Phnom Penh, when you go to genocide museums all around Rwanda, there have been decisions in those places to present corpses, skulls, evidence of human remains.” Greenwald’s grotesque equivalence between what we ought to do with what they do in Third World countries is indicative of the mindset of the soulless elitists who have co-opted the narrative and traffic in the dead of 9/11.

These grossly overpaid bureaucrats should be fired. Daniels pocketed $371,307 after receiving hefty raises three years in a row — 28 percent in 2006, followed by 12 percent and 6 percent. Greenwald made $351,000, and capital planning Vice President Joan Gerner soaked up $337,143 before leaving last spring. Development director Cathy Blaney raked in $322,292. She is a full-time foundation employee, and yet she also worked last year as a fund-raiser for the election campaign of New York Governor Andrew Cuomo.

Where did all this money come from? Donations from unsuspecting Americans, school children and bake sales. Museum publicity material has featured schoolgirls who donated a dollar each to the museum. Donations solicited for the Museum ended up paying for $5.3 million in salaries and benefits for Memorial and Museum employees in 2009.

Meanwhile, leading experts in the field agree with the 911 families. One such expert, Dr. Chip Colwell-Chanthaphonh, whom the Times identifies as “an expert on the repatriation of Native American remains at the Denver Museum of Nature and Science,” noted that when bodies have been put on display in other exhibitions, everyone involved signed a consent form. But none of these 9/11 family members have given consent to the National September 11 Memorial and Museum.

Museum officials have even contacted opponents of the plan. Dr. Colwell-Chanthaphonh recounts that “they said we were being manipulated by the advocacy groups, that there was another side to the story and that we needed to talk to them.” How depraved are these tyrants? These families want their loved ones’ remains respected, and these grossly overpaid bureaucrats call them “advocacy groups.”

A group of 9/11 family members has written to New York Mayor Michael Bloomberg: “Placement of the human remains within the Museum is completely contradictory to the [Lower Manhattan Development Corporation’s] criteria that was supported by many 9/11 family members.” Family members also objected because they were not consulted about this plan, and stated “that the remains should be placed in a respectful and accessible location at the World Trade Center site, separate from the Museum, akin to the Tomb of the Unknowns, where both they and the public could go to pay their respects to loved ones.”

Please start working the phones and your email lists. Email Joe Daniels at info@national911memorial.org, or call 212.312.8800. Email Bloomberg at mbloomberg@cityhall.nyc.gov. Be polite, respectful, and firm.

We must help the 9/11 families rescue their loved ones’ remains from becoming a circus sideshow.