People who inhabit our nation’s capital get treated entirely differently than those of us in the Real World. 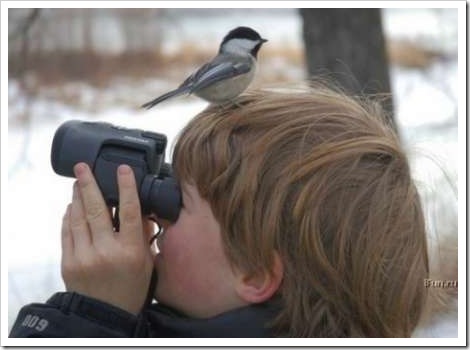 The DC Denizens enjoy a much higher lifestyle – while being held to a much lower standard.

For instance, when we Suckers cheat on our taxes, we go to jail.

And do all of these things in nicer digs, in nicer cars and for much more coin than most of us Suckers have or get.

These, Ladies and Gentlemen, are the people who serve. Us, ostensibly.

And perhaps never do the DC Denizens do it to us more – and pay for it less – then when they lie to us. They do it so effortlessly, so often and with such abandon.

For instance, just last week President Barack Obama said he released his birth certificate because “during that entire week the dominant news story…was about my birth certificate. And that was true on most of the news outlets that were represented here.”

Umm, no. It was actually a very distant fourth. But the President was looking for a justification for waiting four plus years to release the document – and when he couldn’t find a reasonable real one, he simply made one up.

These are the DC Denizens – they lie all the time, and we know it.

But because they are the DC Denizens, what they do isn’t called “lying” – they are said to be being “disingenuous.”

Behold Orwellian DC Speak. Where the desired end justifies ANY spoken means, no matter how far removed from the truth it is.

Which brings us to the looming annual broadband deployment report from the Federal Communications Commission (FCC) (called the 706 Report).

In which they are going to again give U.S. broadband deployment a failing grade – just as they did last year.

Which is completely “DC Disingenuous.” In other words, the FCC is lying through its bureaucratic teeth.

The FCC is doing this because of the desired ends – the complete eradication of all private sector broadband – so as to replace it with government monopoly broadband.

Accordingly (to them), any spoken means are thusly justified.

Think I may be overstating?

Ever since the November elections – in which the American people in historic fashion exhibited a passionate desire for smaller, more accountable government – the FCC has been on a big government Internet regulatory rampage. Again and again going WAY outside its legal limits to ram through huge new Web power grabs.

The Obama-era Commission has all along wanted to impose the terrible idea that is Network Neutrality, but didn’t (and still doesn’t) have any legal authority over broadband – as Julius Genachowski, the FCC’s Chairman, readily admits.

But why let the law stop them? In fact, they didn’t – voting themselves wired Internet Overlords on December 21 so as to then impose Net Neutrality.

Not having placed a sufficient stranglehold on the wireless Internet, the FCC went back and did so with their just-as-illegal April 7 data roaming power grab.

These incessant government assaults on the broadband industry are intended, again, to effect an ideological outcome – the end of all private broadband providers, and the birth of the government broadband monopoly.

But don’t take my word for it – take Robert McChesney’s. He’s the godfather of the Media “Reform” Movement – the Media Marxists who have been pushing this anti-free market agenda from the very beginning.

In many, many ways, the Media Marxists are driving the FCC train.

Which again brings us to the impending FCC broadband report.

Let us do what the FCC did not – consider some facts. Facts that in fact come from – the FCC.

290 million Americans–95% of the U.S. population—live in housing units with access to terrestrial, fixed broadband infrastructure capable of supporting actual download speeds of at least 4 Mbps.

When I was in school, 95% got you a slightly higher grade than that.

I got Fs, and did so with numbers FAR lower than this.

The FCC gives this an F?

Yes, because again the Commission wishes to “get rid of the media capitalists in the phone and cable companies and to divest them from control.”

So they must pretend that what is undoubtedly the most successful portion of the private sector – possibly ever – is failing. To “warrant” their more illegal actions to come.

Their desired ends justify ANY – even these most absurd – means.

Please keep all of this in mind when the FCC issues this year’s broadband Internet report.

And the Media Marxists – on cue – go nuts(er), demanding even more government action to rectify yet another completely and obviously non-existent “problem.”