Patrick “Kit” Bobko was willing to jump out of airplanes to earn his airborne wings as an Air Force Academy cadet, so the dying dinosaur that is the Los Angeles Times is not going to intimidate him. Nor is the fact that California’s 36th Congressional District has a marked Democratic registration advantage. On Tuesday May 17th, Kit will be facing a cast of over 15 competitors in an early test of California’s wacky new open primary law. Refreshingly young, smart, and conservative, Kit Bobko might just foreshadow the new resurrection of California’s DOA Republican Party. 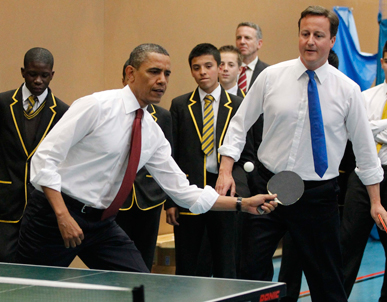 The 36th District covers the southern coast of Los Angeles County, anchored on the south by the hills of Rancho Palos Verdes where amazing rich people enjoy spectacular views of the Pacific from Malibu to Catalina Island. It then heads north, ending in the bohemian nightmare that is Venice. In between are Torrance and the beach cities of Manhattan Beach, Redondo Beach and Hermosa Beach, where Kit has twice been elected to the city council and has battled all manner of liberal nitwittery. These are generally prosperous towns, getting wealthier the closer one goes toward the unrivaled beaches. These people are natural Republicans but don’t seem to know it – educated, affluent, and entrepreneurial, they are the enemies of a liberal machine that still somehow get their votes. Last year they famously reelected a liberal state senator over her GOP rival despite her clear disqualification from office – she tragically died during the campaign.

Up to the 90s, the voters would check the box for GOP candidates in state and federal elections, but for the last several terms they sent Democrat Jane Harman to Washington. Harman easily won reelection in 2010, but Congress being no fun when the Democrats weren’t in a majority anymore, she quit earlier this year. Harman didn’t need the aggravation – she was likely the richest member of Congress thanks to her recently deceased husband Sidney, who founded the Harmon-Kardon audio empire and recently bought Newsweek for $1, which was much more than it was worth. Harman called herself a “blue dog” Democrat, which meant she pretended to be a fiscal conservative and hid the usual contempt for American security that her comrades typically display when she was home, and then went back east and voted so left that it would make a Bolshevik blush.

Kit may just have an edge because he does not have the capacity to be two-faced, a likely result of the training he received as an Air Force Academy graduate.

(Full Disclosure: I’m biased – I have contributed to Kit’s campaign and I’m airborne qualified too) Because of California’s new “open primary,” everyone runs together in the first election – Republicans, Democrats, Peace and Freedomers, Libertarians, moon-howlers and the odd hemp-focused lunatic. As a conservative of the California strain – very much focused on fiscal and security issues while mellow about the social stuff – but with an ability to speak in public, an obsessive focus on small business, and a track record of winning local elections in party-hardy Hermosa Beach, Kit stands out. His GOP rivals, all good folks, include a direct mail entrepreneur who seems to have cornered the telephone sign market and a local city attorney, but the only GOP candidate the Los Angeles Times seems interested in is Mike Gin, a local pol with a twist – he’s openly gay.

The Timesused to be a powerhouse with the ability to set the agenda in local Los Angeles elections, but in recent years its circulation (and thus its influence) have shriveled as a result of a perfect storm of changing media patterns and disgust by readers at its unvarnished liberal cheerleading. Gin, who is well-liked by local Republicans, naturally gets the Times’ focus. Sadly it appears this is solely based upon his personal life rather than his opinions, center-right opinions that would otherwise horrify the effete leftists on the Times editorial board if presented by someone who was not both Republican and out.

Kit has effectively responded by simply ignoring the Times, following a Breitbaritan strategy of cutting out the limo liberal gatekeepers and going straight to the people via the internet (Kit twitters at @KitBobko and adds followers every day), via endorsements from key local leaders, and via cable ads. Ten years ago this would not have worked, but ten years ago I would have seen 50 copies of the Times lying in driveways during my morning two-mile run instead of three or four. And in the May 17th special election, turnout is going to be low – Kit has a real chance. However, with time running out, he can use help from people across the country who want to send a message by sending a conservative to Congress from the belly of the liberal beast.

With the open primary, everyone runs together and the top two vote getters, regardless of party, compete in the general election. The chances for Kit are even better considering the cast of characters on the Democratic side. Debra Bowen and Janice Hahn are perennial liberal officeholders/government gravy train free riders who have failed to master Harman’s legendary blue dog act – they terrify the locals with their silly ideas about turning the aerospace defense companies that line Aviation Boulevard between Redondo Beach and El Segundo who the weapons that keep us safe into some sort of hazy “green jobs” industry. At least Harman was smart enough to make sure that the US kept buying satellites and stealth aircraft – these nimrods somehow have it in their heads that Boeing is going to pay local engineers six figures to design windmills. Another, ultra leftist and recurring Harman primary opponent Marcy Winograd, simply wants to defund the military entirely; the Times gives her and her Michael Mooreish insights a respectful hearing.

Kit has taken advantage the Democrats’ utter inability to understand even the most basic needs of this community with a small business tour that focuses on the nightmare California companies face as they are crushed between neo-socialist federal policies and their state government’s insane anti-business agenda. Robinson Helicopters, a growing manufacturer located in Torrance, complains how plaintiffs from all over the world travel to Los Angeles’s notoriously generous courts to sue it; the Democratic candidates simply don’t care enough to irritate the trial lawyers by considering tort reform. The owners of an ultra-light aircraft manufacturer tells how Governor Scott of Florida and Governor Perry of Texas personally call them on their cell phones asking them to come east, offering to walk them through the already-fast approval processes for their plants. In contrast, California bureaucrats won’t even return phone calls for help, and the Democratic candidates scoff that it doesn’t matter anyway if businesses leave the Golden State because people are pounding on the door to get it. They live in a dream world 20 years gone where California was a destination for entrepreneurs instead of a sinking ship to be abandoned at the first opportunity. The only people trying to get in today are illegal, and few import entire factories and hundreds of jobs with them in their backpacks coming north. When the Democratic machine isn’t killing the golden goose outright it’s sending the goose migrating east to Houston.

As a partner at a downtown LA law firm (he practices municipal law), Kit actually runs a business, unlike the government functionaries he opposes. As a veteran, he gets that national defense is important – and that aerospace is the key to the 36th’s economic vitality. Fiscally, he gets that spending is out of control, while his Democratic rivals think that the only fiscal problem is that the kind of affluent people they seek to have elect them don’t pay enough in taxes. Eventually, the well-off citizens of the 36th are going to wake up and see that the legacy of Jane Harman was to talk a good fiscal conservative game at home and go back east and spend money like Paris Hilton on a coke bender.

Kit has an opportunity here that did not exist a decade ago, one where the traditional media gatekeepers like the LA Times simply don’t matter anymore. Moreover, he has a chance to be part of the rebirth of the California Republican Party – young, charismatic, smart, right on the issues (His view of the Second Amendment is that the most important component of gun control “is a steady trigger squeeze”) and willing to fight, a fight he can win with our help. Of course, one would expect nothing less of a man who wears silver airborne wings.