The Obama Administration has initiated a major “Affirmative Action” policy reversal, that could create major new social divisions in the run up to the 2012 election. 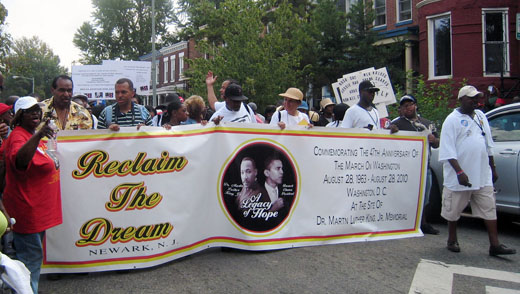 According to the Communist Party USA‘s People’s World

Affirmative action, the policy designed to assist historically under-represented minority groups and women with access to university admissions, has received an important boost from the Obama administration.

The new guidelines reverse anti-affirmative action policies adopted by the Bush administration that forbad any use of “quotas” emphasizing instead so called “race neutral solutions.”

Bush’s rule stressed limitations on the use of affirmative action. By way of contrast the Obama policy opens the door of possibility again to achieving diversity by considering race and ethnicity as one of several considerations in admissions. In this regard the New York Times writes, “The guidelines focus on the wiggle room in the court decisions.”

In place of the Bush measures, which resulted in a steep drop in minority admissions in top universities, with the new framework “the Obama administration has aligned itself strongly with the right of colleges to consider race and ethnicity in admissions decisions,” writes Inside Higher Education.

The new policy will have major implications for educational and judicial policy across the nation, all in perfect time for the 2012 election.

In 2003, the Supreme Court in rulings involving the University of Michigan, rolled back the use of race and ethnicity.

Now, the Department of Education and the Justice Department say that universities seeking diversity may include consideration of high schools attended, including cases in which the class population is mostly minority, mentoring programs aimed at minority students, and high schools who partner with historically black colleges, among other factors.

While acknowledging the use of some race neutral admissions programs, the new policy says schools need not be bound by them. “Institutions are not required to implement race-neutral approaches if, in their judgment, the approaches would be unworkable,” the guidelines argue. The document continues, “In some cases, race-neutral approaches will be unworkable because they will be ineffective to achieve the diversity the institution seeks. Institutions may also reject approaches that would require them to sacrifice a component of their educational mission or priorities (e.g., academic selectivity).”

The Supreme Court may hear a new challenge to affirmative action at the University of Texas in the spring, placing it in the middle of the presidential election campaign.

Dr. Gerald Horne, author of Reversing Discrimination: The Case for Affirmative Action, said the Obama policy “is a step back from the precipice to which Bush (and the high court) led us. It is a significant step forward, particularly given the political constraints.

Horne, a historian, who was incidentally the first academic to publicly reveal the ties between between a young Barack Obama and Hawaiian communist Frank Marshall Davis, is an old affirmative action hand.

Horne was once director of of the Affirmative Action Coordinating Center, which was formed in 1979 as a joint project of the communist front National Lawyers Guild, the communist aligned National Conference of Black Lawyers and the far left (and now George Soros funded) Center for Constitutional Rights.

Comrade Horne was aided in this project by C.C.R. director, and uber radical Marilyn Clement, and legal worker Claudette Furlonge, a member of the the pro Cuba/North Korea Workers World Party.