Salut! Be on guard when bustling about the bush on a global skunk hunt for international tyrants, terrorists, tinhorn dictators, and sundry misanthropes brutalizing humanity and hating America.

These pungent oppressors will spray you with their odiferous agit-prop. Instinctively, the novice freedom lover recoils from such repressive skunks and loses the scent of the hunt. This but pleases the skunks. Thus, what to do when assailed by rogue reek-gime skunks and their stooges?

This is no mere esoteric exercise in aroma therapy.  Recently, I’ve wafted the fragrance of sour grapes poured forth by an Iranian regime skunk-stooge via a New Yorker article penned by the intrepid reporter (and likely closet global skunk hunter) – Ms. Laura Secor, entitled “Elections, Monitored: The Tragic Farce of Voting in Iran.”

Stop here if you expect this global skunk hunter to stink up Ms. Secor and the New Yorker. On the contrary: possessed of the temerity to trek around Iran in the first place, Ms. Secor’s piece proved superbly balanced and, for a change, provided Tehran’s skunk-stooges enough rope to hang themselves rather than somebody else.

Now, back to our quarry: as a practical guide for my fellow global skunk hunters, herewith is an exploration of the vile Iranian regime’s skunk-stooges’ rancid assault upon moi.

To ensure a fruitful global skunk hunt, one must identify the skunk’s native habitat. In my case, the stench emanated from the odious Iranian web site Alef. According to Ms. Secor, Alef is:

One of Iran’s most popular conservative Web sites…Alef had just attracted international attention by publishing an article calling for Iran to strike Israel preemptively, destroying its military capacity and annihilating its people. The article, by a previously unknown former Basiji named Alireza Forqani, included maps of Israel marked with targets.

Amongst those in the know, Alef is also considered an organ of the Iranian Intelligence service; be that as it may, from the outset Alef’s anti-Semitism renders it repugnant to civilized minds. 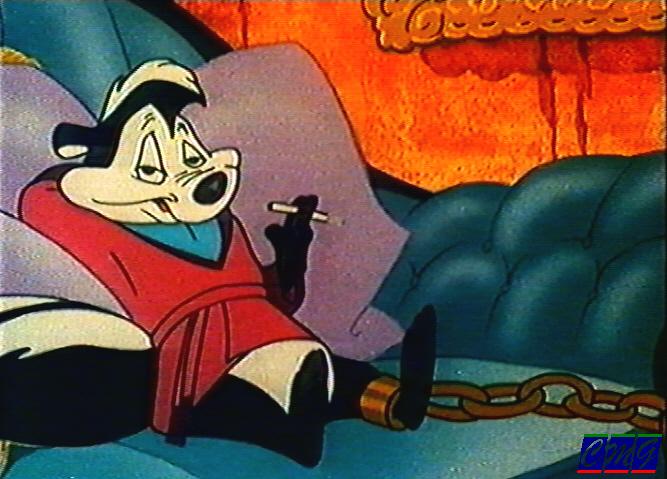 Equally, a global skunk hunter must sight in the skunk. In my instance, it’s the dyspeptic cyber dumpster, Alef’s editor Seyyed Amir Sayyah, who thinks the Iranian regime’s resident lunatic Mahmoud Ahmadinejad “is very smart…[but] made great mistakes” – not in repressing Iran’s Green Revolution – but in how he repressed it:  “[Ahmadinejad] made a pass and the enemy scored a goal.”

Unwittingly sparing us the need for any further exploration of his (lack of) character, all one need know about Sayyah is that he refers to Iran’s pacific freedom fighters as “the enemy.”

What does Sayyah think of me, a humble global skunk hunter? Per Ms. Secord’s article:

American officials even ignored his inquiries from Tehran. Thaddeus McCotter, a Republican congressman from Michigan, had refused to speak with him by phone. In 2009, on the House floor, McCotter had shown a photograph of a female Green Movement activist allegedly raped and killed by the government. The veracity of the incident has come under question. Sayyah wanted to know where McCotter had obtained his information. His secretary told Sayyah that she did not know. “So they just accuse us,” Sayyah said.

Actually, based upon mainstream media reports and my contacts with the Green Revolution, on the U.S. House floor I eulogized two young martyrs to the cause of Iranian freedom, Neda Soltan and Taraneh Mousavi, both of whom were murdered by the misogynistic regime’s minions. Of course, Sayyah omits any reference to Neda and, perversely, portrays himself and the regime as the victims – not the tortured and butchered Taraneh.

Further, with the abject egotism of oppressors and their abettors, what really galls this skunk-stooge is my refusal to speak with and reveal to him and his murderous masters my sources supporting the Green Revolution. Call this global skunk hunter off base, but I don’t think Sayyah intended to ring them up and write a “fair and balanced” Green Revolution recap for Alef – which, by the way, apparently translates into English as “A-hole.”

But enough diplomatic-speak. If Alef’s skunk-stooge editor wants to know what I think about him and murderous mullah masters, let them peruse my eulogies of Neda and Taraneh:

Your referendum has been held and you have failed your test. Taraneh and Neda condemn you as despicable killers of women; you have no legitimacy either in the eyes of the Iranian people or in the eyes of the civilized world. You are doomed by your own hands; and it is but a matter of time until your regime collapses and the Iranian people breathe free.

And as for any sniveling missives my stance impels such abject skunks to spew my way, mark my words: I will embrace the blowback as a badge of honor, as should every single God-fearing, freedom-loving, global skunk hunter.