A group of guerrilla conservative activists has struck again, this time putting up a large helium filled balloon looking similar to Star Wars “Death Star” with the letters IRS on it.

The balloon appeared Early Tuesdaymorning in front of the FederalBuilding in Westwood, CA, which houses the Bureau of Consular Affairs and has become a well known protest area for demonstrators.

Theballoon is about 10 feet in diameter and is tied to a nearby utilitypole. Onlookers are laughing at taking photos ofthe site, sources present at the site said.

“The ominous symbolsuggests the fully operational battle station that the weaponizedIRS has become,” one of member of the group that put it up told Breitbart News.

The group helped erect posters of a tattooed Sen. Ted Cruz that were created by the artist Sabo as well as conducting a recent operation at the Masters Golf Tournament that featured posters of a “Sub Par” President Obama. 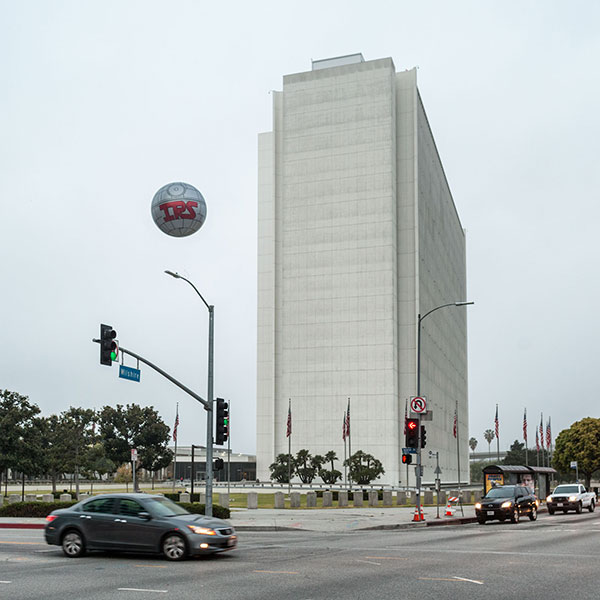