Since 1998, Elizabeth Ashack has worked as an economist for the US Department of Labor. Sunday, using her Twitter account, this government employee wrote “people in the red states vote for nazis to govern, and then call themselves Christian.” She quickly deleted the Tweet, which was directed at the new religious freed law passed in Indiana.

SooperMexican grabbed a screencap before it was deleted. 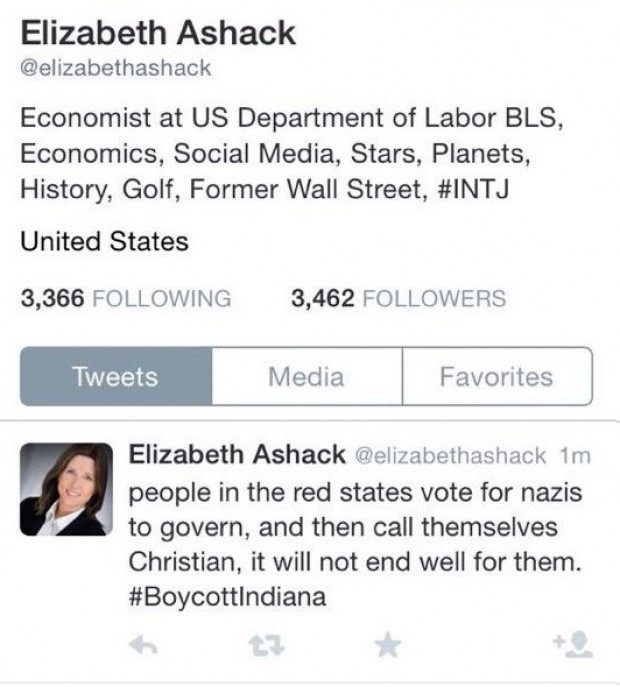 Along with the “Nazi” tweet, Ashack removed the fact that she is a government employee from her Twitter bio.

Numerous sources on Twitter claim Ashack claimed this morning that she was the victim of the hack. She later deleted that tweet, as well: 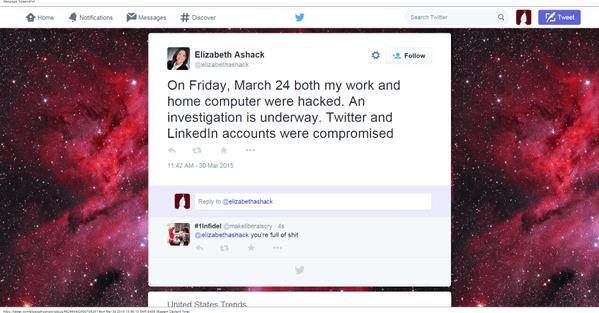 In late 2013, as the government shutdown loomed, Ashack spoke to MSNBC and identified herself as an economist for the Labor Department’s Bureau of Labor Statistics. She told the left-wing cable news outlet that the shutdown would force her to go on unemployment.