The Democrat Party has always been about oppressing blacks as a way to retain political power. After their defense of slavery failed at the hands of Republican President Abraham Lincoln, Democrats formed the Ku Klux Klan and instituted Jim Crow laws.

The Welfare State, created by Lyndon Johnson through The Great Society in 1964 (just a year after that quote), might have started with good intentions. In reality, though, it has turned out to be just another malevolent tactic designed to protect Democrats at the expense and well-being of the poor, who are disproportionately black.

After fifty years the science is settled: government social welfare programs have rained only ruin on America’s predominantly black cities. Therefore, any call to continue, or worse, expand policies that we now know will only result in failure, despair, and even violence, is nothing more an act of racism borne either of ignorance or design.

In the case of elected-Democrats and the media, it is mostly by design.

On paper, Baltimore — like Detroit, Oakland, Ferguson (St. Louis County) and Chicago — should be an urban, liberal paradise; a bright and shining example of how left-wing social programs managed by Democrats over a half-century are the answer to all of our problems. Instead things have only gotten worse. Much worse. Not just economically — most of all, culturally.

And the blame for this falls squarely on Democrats and the policies they continue to stand by, even as those policies serially devastate one black community after another. 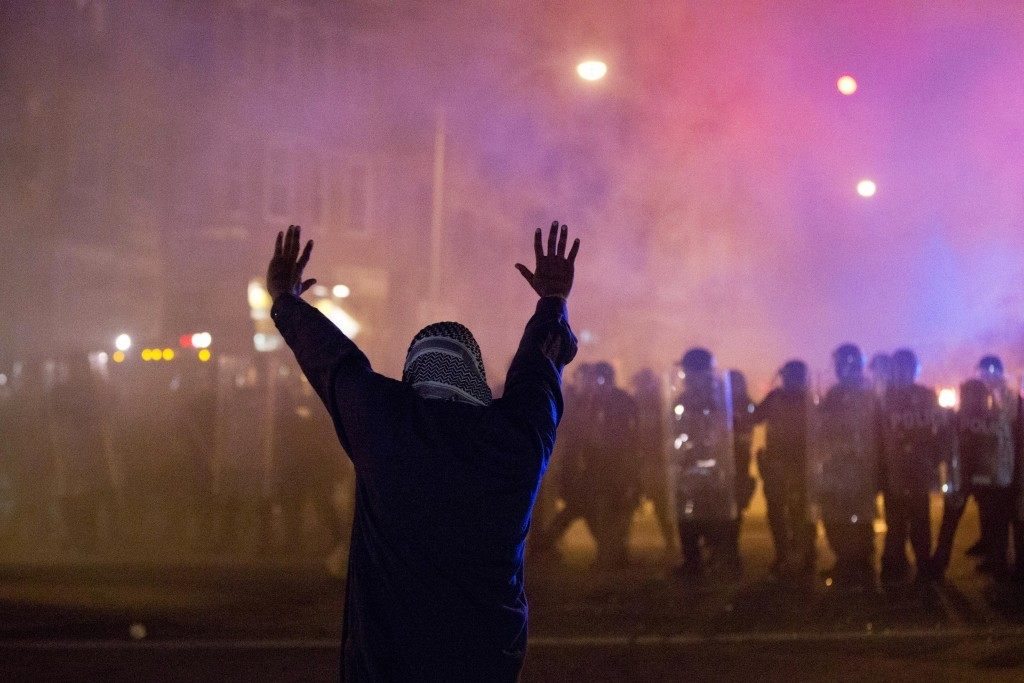 Baltimore hasn’t had a Republican mayor since 1967. Since 1969, there have only been two Republican Maryland governors. Of the 15 seats on Baltimore’s city council, all 15 are filled with Democrats. Democrats even run, yes, the very same police department that has paid out $5 million in brutality settlements in just 4 years. Democrats run the schools, and they sure as hell run the unions that only made it easier for Baltimore’s once-thriving blue collar employment base to flee overseas.

For generations, Democrats and their policies and ideas have enjoyed nothing short of a monopoly in Baltimore, and the results have been catastrophic, especially for young black men; 37% of whom are unemployed and 90% of whom do not have a college education. Nearly 25% of Baltimore residents live in poverty, compared to 17% nationwide. 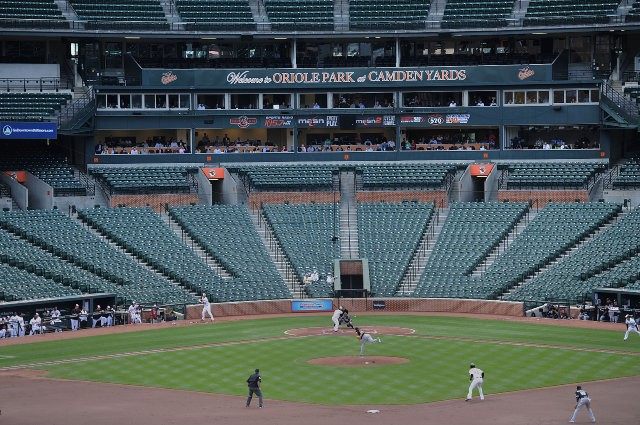 The Baltimore Orioles bat against the Chicago White Sox during a baseball game without fans.

Depending on which study you look at, the incarceration rates for American black men ranges from 1 in 6 to 1 in 3 — either way, this is beyond tragic and is happening almost exclusively to those who live in Democrat-ruled cities.

Seventy-two percent of black children are born to unwed mothers, almost all of whom live in poverty. Schools in Baltimore are so bad that a black drop-out rate of 22% is being celebrated.

As Thomas Sowell regularly points out, it wasn’t always this way:

Rates of teenage pregnancy and venereal disease had been going down for years before the new 1960s attitudes toward sex spread rapidly through the schools, helped by War on Poverty money. These downward trends suddenly reversed and skyrocketed.

The murder rate had also been going down, for decades, and in 1960 was just under half of what it had been in 1934. Then the new 1960s policies toward curing the “root causes” of crime and creating new “rights” for criminals began. Rates of violent crime, including murder, skyrocketed. …

In various skilled trades, the incomes of blacks relative to whites more than doubled between 1936 and 1959 — that is, before the magic 1960s decade when supposedly all progress began. …

While some good things did come out of the 1960s, as out of many other decades, so did major social disasters that continue to plague us today. Many of those disasters began quite clearly during the 1960s.

What changed between now and then? Two things: First, racism is now so infrequent, the media has to oftentimes invent it. This is a problem for Democrats, and why the culture had to change (which I explain below). The second of course is the genocidal cycle of dependence on government, and by extension Democrats, created by a sinister welfare state. 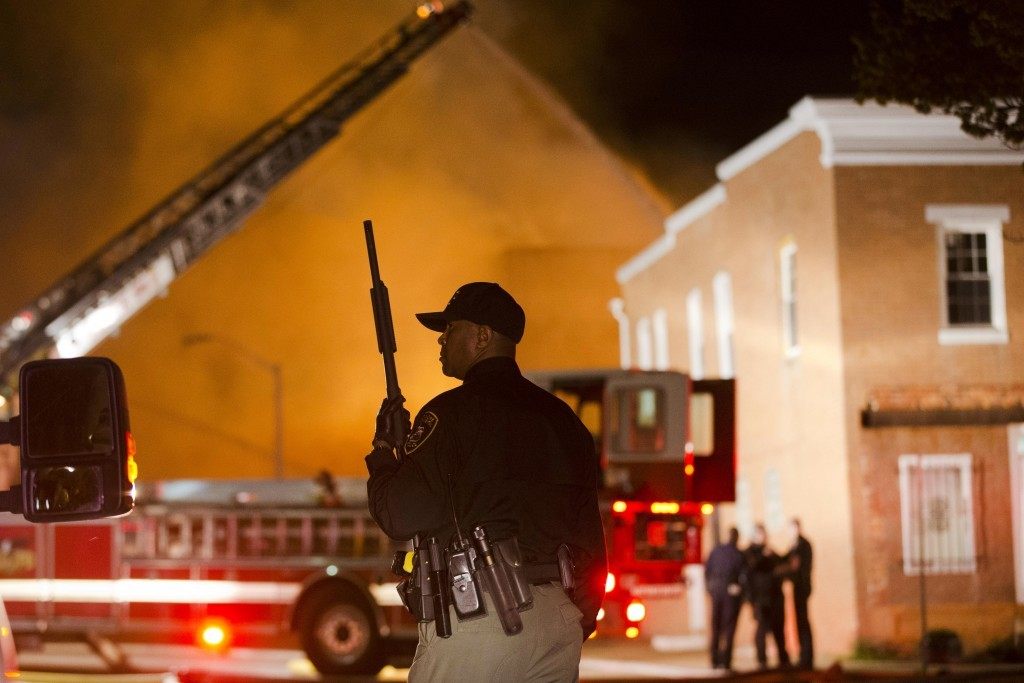 Since 1964, this country has spent upwards of $22 trillion dollars on a social welfare state that has wreaked nothing but chaos on predominantly black American cities. The two-parent family has been replaced by a government check to results so disastrous it is impossible to fathom, much less detail. Education has been replaced by a decrepit public school system destroyed by corrupt union cronyism.

Money is only the problem in Baltimore education in the sense that there is too much of it. Of the 100 biggest American school systems, Baltimore’s whopping $15,483 per pupil is the second largest.

Despite failed public schools, despite the fact that Baltimore could tomorrow hand every parent the hope that comes with a $15, 483 voucher to a private school, elected-Democrats and their media allies fight tooth and nail to warehouse at-risk kids in failed schools.

The reason for this is simple: Power.

During every election season, public teachers unions serve as taxpayer-funded slush funds to Democrat campaigns to the tune of tens of millions of dollars, much more than the Koch Brothers. 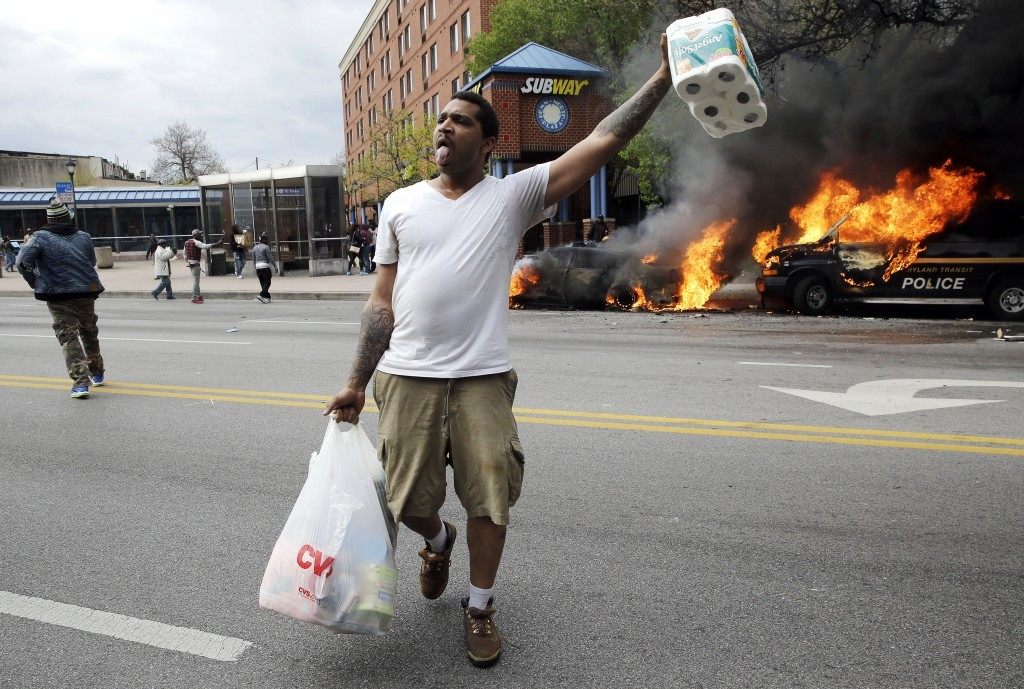 To cover up these failures, now that institutional racism has been all but eradicated, using popular culture, the mainstream media, politics, and the public education system, Leftists have balkanized the black community with relentlessly destructive propaganda that tells black children they can’t succeed in a racist America, the cops are out to get them, and they got something coming from the “privileged” who succeed only at the expense of others. The system is rigged for you to fail, so wrap  yourself in the narcissism of victimhood. Hard work is futile, ambition is poison, fathers are unnecessary, and if you don’t get what you got coming, we understand looting and burning your own community.

The slow-motion train wreck we’re seeing unfold before our eyes in predominately black communities like Baltimore is as heartbreaking as it is preventable and unnecessary. And yet it is those of us calling for change and new leadership being called racist.

That is nothing more than projection.

Those fighting for the status quo of the welfare state, or worse, demanding we cravenly triple and quadruple down on it, obviously believe that keeping Democrats in power is worth the human cost to the black community.

They are America’s true racists.