Girls star Lena Dunham literally gave the shirt off her back in support of Planned Parenthood this week.

E! reports Dunham “stripped down for a good cause” at PP’s Champion of Choice event in Los Angeles Thursday, where she auctioned off a sweater with a pink ovary on it and donated the proceeds to the group.

“Rollin to the @plannedparenthood Los Angeles Champion of Choice event and there was only one sweater that would do,” she captioned a photo on Instagram. 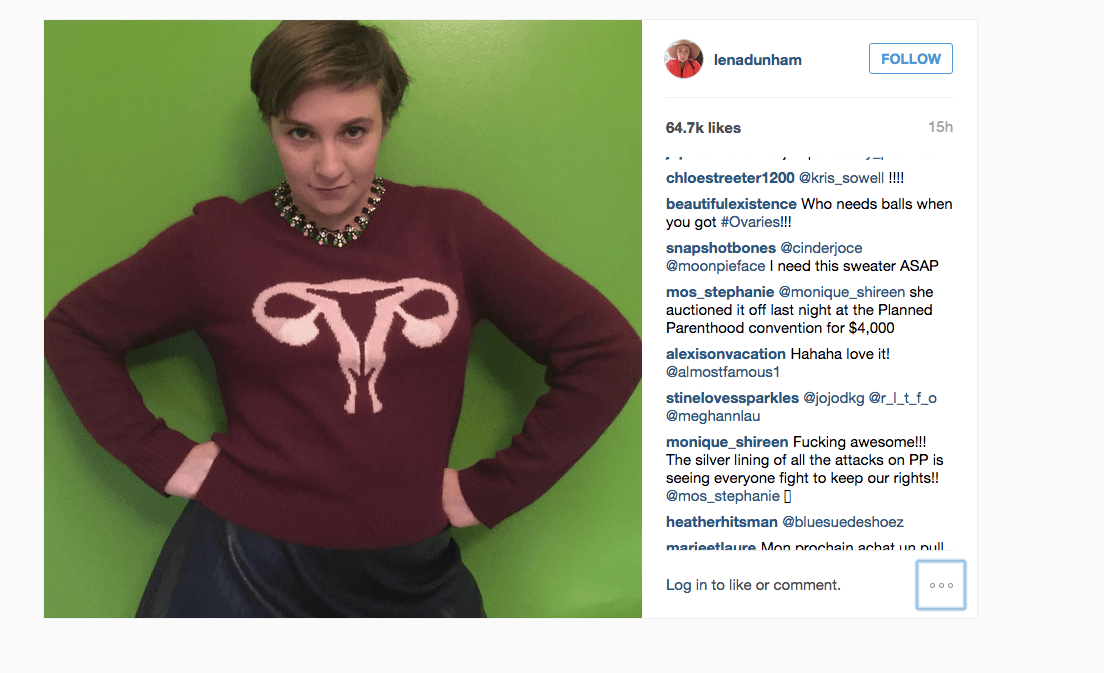 The actress later posted a “bra selfie” to announce she stripped down at the event and gave the sweater to the highest bidder. “The @plannedparenthood event in LA tonight was so crazy inspiring,” she wrote. “I also spontaneously auctioned the ovary patterned sweater off my body for a nice 4K to benefit PP …Had to walk home in my skivvies and a men’s coat #worthit #onbrand #standwithPP.” 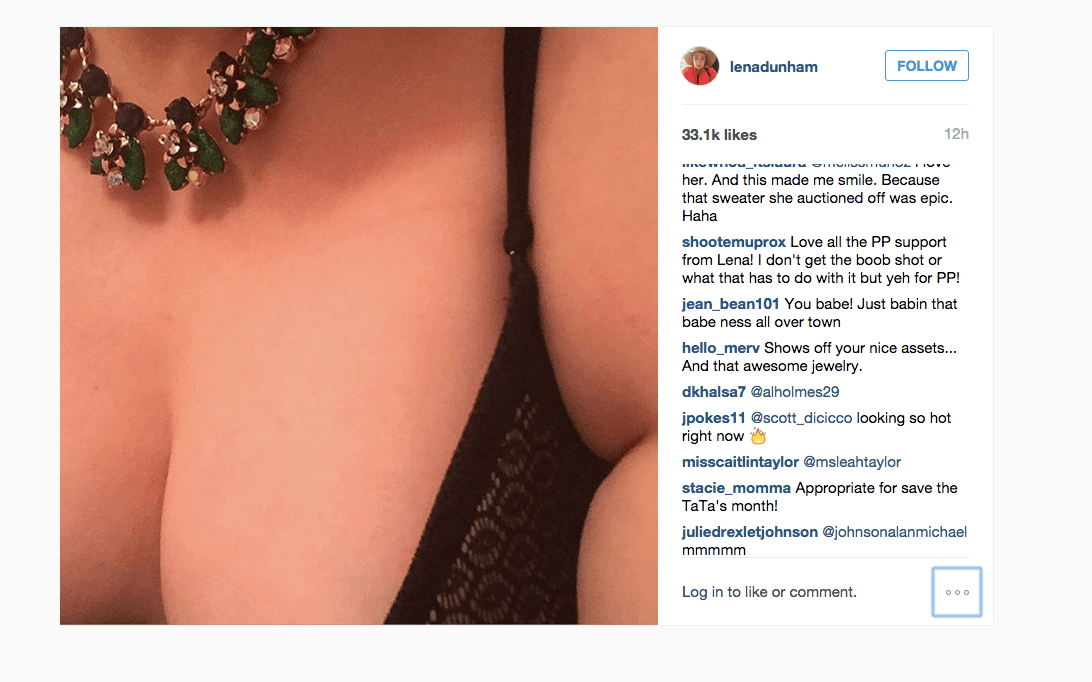 Dunham previously took to Twitter on Mother’s Day this year to champion abortion.

“This Mother’s Day, let’s vow to protect our right to become mothers when and how we want #choice #blessthemothers.” She wrote.

This Mother's Day, let's vow to protect our right to become mothers when and how we want #choice #blessthemothers

The 29-year-old also appeared on The Ellen Show this week, where she praised Democratic presidential hopeful Hillary Clinton for being “so open and lovely” during their recent Lenny Letter sit down interview.

“That was a big deal for me because I actually wrote my first-ever term paper on her in first grade,” Dunham said.

“She really let us know sort of what it was like for her to be not just this huge political figure who we all know as larger than life and iconic, but to be sort of a confused woman in her 20s and what that felt like,” she continued, while adding Hillary was “DTH. Down to hang.”

When discussing why she and longtime partner Jack Antonoff have yet to get engaged, as Dunham famously announced in March the couple wouldn’t tie the knot until gay marriage was legal in the United States, she told Ellen:

“We were celebrating [marriage equality], and then suddenly the texts just started coming from our friends, from our mothers, from our exercise instructors being like, ‘Finally, it’s your time.’ And we kind of looked at each other and were like, ‘Oh God, what have we done?'” before admitting the pair were “hiding behind fake liberal ideals.”