WASHINGTON — Families of Americans murdered by illegal aliens are in Washington, D.C. demanding the political class put a stop to the alien invasion that took the lives of their beloved family members.

Mary Ann Mendoza lost her son Sgt. Brandon Mendoza on May 12, 2014, when illegal alien Raul Silva Corona, high on meth and blackout drunk, struck him while driving on the wrong side of the highway, killing them both. Corona had lived in the U.S. illegally for decades with a serious criminal record. 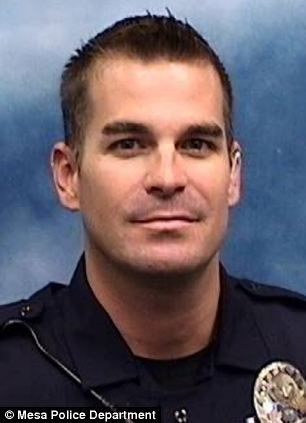 “I didn’t know what a widespread problem this was. A lot of people ask me, ‘How can you do this?’ How can you get on TV and how can you talk about what happened to your son?’ I look at it this way: I was blessed because God chose me to have this incredible man and raise him into the man that he was. He had so much left to do in his life,” Mendoza said, recounting how her son “recreated” a neighborhood formerly plagued by drug dealers and the homeless, making it safe to open a park, allow kids to play together, and let American families have picnics.

“It’s incredible to go down to that area and see what he’s done. If I don’t live out his legacy, and continue what he was doing, I feel like I would be doing a disservice to my son,” she said:

But how sick is this, that I’ve been having to carry on my son’s dreams and his legacy, and the things he wanted to do in his life, and help people, because that’s what he always set out to do. So, that’s my goal now — to help people. And I want to be here to help every one of you, the American people. Because this isn’t a Democratic or Republican problem. This is an American problem. This is going to affect someone, near you, because it’s becoming a huge problem in this country. And if the American people don’t start standing up and realizing what is happening to your country, and how your elected officials are not listening to you, and not voting, and not doing the things we are asking them to do, I’m almost embarrassed to say this is where I live anymore. I mean, what is this becoming? And if these illegal people coming into our country — they’re leaving a terrible place because they’re coming for a better life. If you can’t abide by the rules… Then go home. Because this country is going to become exactly what you left. And that is not what we need.

Legal German immigrant Sabina Durden placed the ashes of her only child, Dominic Daniel Durden, on the podium while she spoke.

“I brought Dominic,” she said, setting the tiny urn on the edge of the podium. “This is what I’ve got left of my son. His ashes. And I carry them around my neck.” 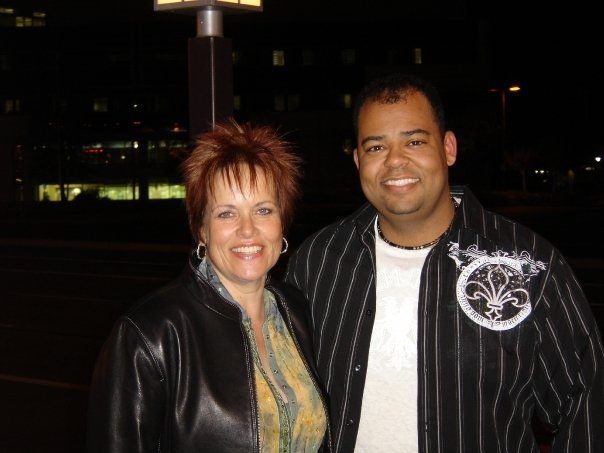 “I was looking forward to becoming a mother-in-law one day, and a grandmother. Well, that never happened,” Durden said. “We had many plans, and many goals.”

An illegal alien from Guatemala struck Durden while he was on his way to work as a 9-11 dispatcher on July 12, 2012, killing him instantly. He had convicted of a felony armed robbery and two DUIs, and had no license, insurance, or registration when he ended Durden’s life and shattered his mother’s.

“As my son’s body lay there, the driver of the truck was trying to flee,” she said through tears. “Luckily, two Marines also on their way to work, witnessed that horrific crash and stopped him from leaving. The first responders arrived — and quickly realized who the dead person was. It was their friend. It was their co-worker. They covered him with an American flag and tried to compose themselves… But they couldn’t and they called for backup and highway patrol.”

Durden was in Atlanta at the time of the fatal accident, and her son had dropped her off at the airport only a few hours earlier. “I didn’t know it would be the very last time I got to touch him, feel him, smell him, hug him,” she said. Only hours later she received the call of “every parent’s nightmare: “‘I’m sorry, but your son is dead.’ I remember screaming and dropping to the floor.” The return flight to California was the longest flight of her life, Durden added, and as she struggled to come to grips with what happened, she got off the plane to see three of her son’s best friends waiting for her, and then “I knew it was real.” The next few weeks were a fog.

Her son’s killer had been in the nation illegally for eight years and returned after being previously deported to Guatemala. Durden and her fiancé had to fight to get him deported once again after he violated probation several times, killing her son only two weeks after his latest “second chance.” Durden added he never showed any remorse, and was able to bail himself out of jail with ten thousand dollars in cash despite complaining he was only a “day laborer.”

The D.A.’s office urged them not to go to trial while assuring them “not to worry,” and that they had the Durdens’ backs.

“The case was heard through a traffic judge,” Durden said. “Who already made up his mind and gave the killer a deal before even read all the files or heard all the victims’ statements. The killer missed two hearings and needed a special interpreter. Later on, he spoke fluent English… He was able to walk around freely, and while he ignored all of our laws, he got to enjoy the protection of those exact same laws. His costs for the many hearings and translators was paid for by tax dollars, while I couldn’t get counseling and therapy, because I didn’t qualify for any financial help from the Victim’s Assistance. The judge sentenced him to nine months, and five years’ probation, for vehicular manslaughter without gross negligence. And restitution of $18,000, of which I received nothing,” Durden said to audible groans of sympathy from the audience.

“The killer of my only child served only 35 days in jail,” Durden said as the audience gasped. “And then handed over to [Immigrations Customs and Enforcement] ICE, who took him to an immigration detention center. He tried to get the immigration judge to grant him asylum, and if it wasn’t for fiancé Anthony Coulter and I — every year and every week, we drove out to the immigration center and we sat there so they would see us,” she said. “Otherwise he would have been released back into the community. But because we were so adamant about it, he was deported to Guatemala in 2014.”

“However, we believe he is back in Riverside, [California], because Riverside is a sanctuary city, who kept him nice, safe, and comfortable, and nobody wanted to hurt his feelings,” Durden continued:

It is the worst kind of pain to lose your child. More pain is added when someone kills your child and you find out that person wasn’t even supposed to be here in the first place. And then you find out the same person who took your child was granted more rights, and given more breaks, than any of us would ever receive — and in addition, was provided shelter from the law in a sanctuary city.

There were many times I wanted to give up and just die. I wanted this excruciating pain to stop. Because it seemed like nobody cared and listened. I as wrong; there are still some people within our government and others that care a great deal, and want to stop this senseless and avoidable deaths of other Americans.

Durden thanked the Remembrance Project for bringing the families of victims of illegal alien crime together.

“And then I gotta thank my personal hero, Donald Trump,” Durden said. “When he spoke up against illegal immigration, and what it does to our country, he caught a lot of heat but he opened the door for us, and we had to walk through. He accomplished in a few minutes what we tried to do… for years and years. We’re being heard now.”

“When is our government coming out of the shadows to protect its own citizens?” Durden demanded to wild applause.

National Remembrance Day takes place the first Sunday of every November and this year falls on November 1.