A new survey conducted by the Black Alliance for Educational Options (BAEO) shows a majority of black voters in several states strongly support school-choice, and many favor the option to send their children to public charter schools.

BAEO surveyed 2,400 black voters from Alabama, Louisiana, New Jersey, and Tennessee. The poll was conducted in August by JMC Analytics and Polling. 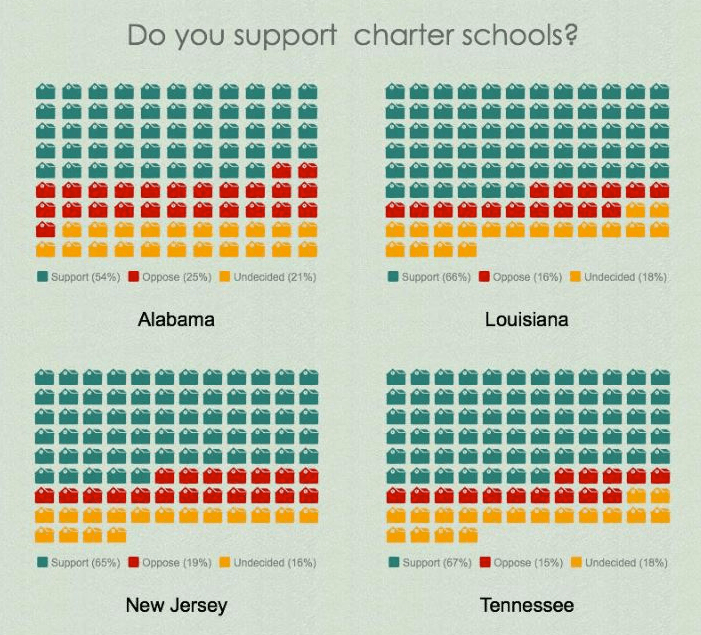 In March, Alabama Governor Robert Bentley singed a bill into law legalizing charter schools in that state–making it the 43rd state to enact a public charter school law.

More than 90 percent of the voters surveyed said they are eager to hear ideas from 2016 presidential candidates on how to grow opportunities for school choice.

In August, Gallup released its 46th annual PDK/Gallup Poll of the Public’s Attitudes Toward the Public Schools which showed that 6 in 10 Americans–black, Hispanic, and, white adults–favor charter schools and support a parent’s right to chose their child’s education.