A spokesman for the nation of Mexico tweeted that America is “not a country” in response to Hillary Clinton’s Spanish-language take on the State of the Union address.

Clinton tweeted her support for President Obama in Spanish during Tuesday night’s State of the Union address. Her Spanish-language tweet, as translated by Bing, strains the eyes of grammatically conscious readers.

“@POTUS has kept the economy strong and secure country. That is what the President should do. It is his duty. #SOTU,” according to the translation of the tweet.

That prompted Ariel Moutsatsos, the head of press and public affairs at the Embassy of Mexico in Washington, D.C., to jump in.

“America is a continent, not a country,” Moutsatsos tweeted at the fictional Republican congressman. 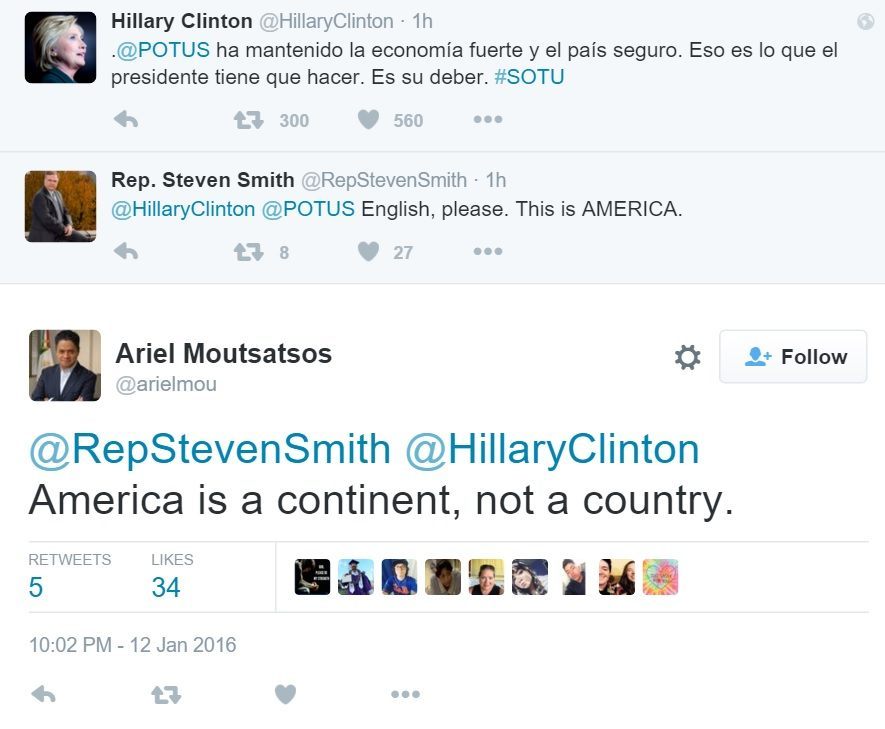