The dreadful, desperate, and more than a little paranoid left-wing New York Daily News again went trolling against its enemies on the political right Tuesday night. This time, though, the Daily News did not attack powerful politicians or powerful organizations like the NRA. No, this time the Daily News attacked the powerless: the everyday American men and women who dared vote for Donald Trump in New Hampshire.

There is nothing the powerful won’t do to hold on to their gilded trough in the failed status quo. 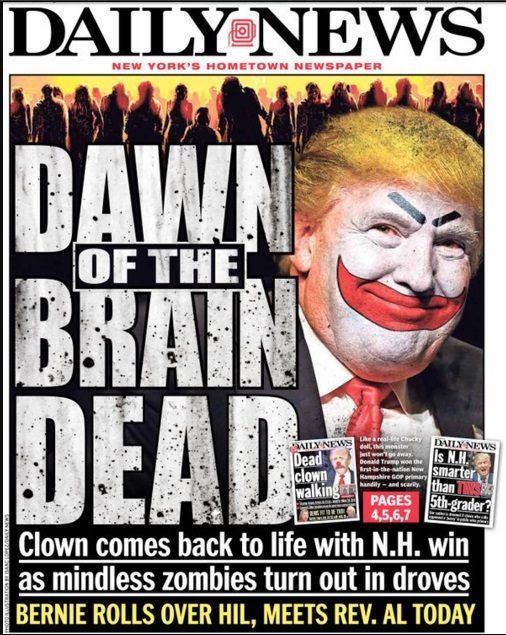