CA-01: This largely rural, mountainous district occupies a large swath of territory — larger than many states — in the northeast corner of California, including Redding and Chico. Many citizens here feel un-represented by the liberal, Democrat-dominated state legislature, and some would prefer to secede and form a new state, “Jefferson.” The district is represented by Rep. Doug LaMalfa, a Republican who was re-elected in 2014 with over 61% of the vote. 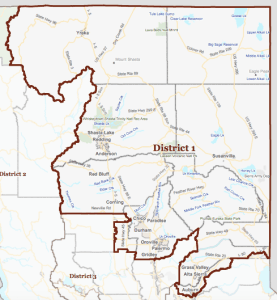 Republicans: Cruz is the likely winner of a tough contest, largely based on the fact that the primary is “closed” — GOP only.