Before we begin, can we stop referring to Wisconsin as “Midwestern nice”? That’s all we’ve heard since Ted Cruz beat Donald Trump there: Wisconsinites are just so nice, they couldn’t abide Trump’s rough style.

Does anyone remember the whole taking over the capitol thing? How they nearly recalled a sitting governor a few years ago? Remember the protesters fighting with cops, rounds of arrests in the rotunda, the drum circles and chanting? How about the midnight raids on citizens for supporting the “Wisconsin Budget Repair Bill”?

Wisconsin is a lot of things, but “nice” is not one of them. “Soviet” is more like it. It was always a bad state for Trump because there are virtually no immigrants in Wisconsin, and peevish Wisconsinites refused to believe the rest of the country about the cultural mores we’re bringing in. (Like slavery! NBC, San Diego, April 9, 2016: “Feds Rescue Trafficking Victim Locked in San Diego Home.”)

Another misconception sweeping the nation is that when state Republican parties disregard the voters and give all their delegates to Cruz, they are merely following THE RULES, and Trump is an idiot for not knowing THE RULES.

That’s what the Colorado GOP did, what the Tennessee and Louisiana parties are trying to do — and what many other states may do, all under the careful tutelage of Tracy Flick Cruz.

To the contrary, the rules were recently rewritten so that delegate selection would “reflect the results of statewide presidential preference elections,” according to a statement by Republican National Committee chairman Reince Priebus. (The nerds will tell us, that’s “legislative history,” not THE RULES.)

Apparently, what people mean by THE RULES is that there is no RNC rule specifically prohibiting a state party from giving all the delegates to a single nominee, even if that is demonstrably at odds with the will of the voters.

The state parties are given a lot of discretion, so Cruz harasses and cajoles the local party until it awards all the state’s delegates to him. Trump keeps winning elections, and Cruz keeps winning sneaky procedural victories.

Until Cruz won a primary in mean-as-a-snake Wisconsin, he hadn’t won a single primary — i.e., an “election” — outside of his home state, a sister state and a state where Trump didn’t campaign. In fact, until cantankerous Wisconsin, the only primary where Cruz managed to surpass 34 percent of the vote was his home state of Texas — where he got 43.8 percent.

(Contrary to lies you read in The New York Times, Trump has not complained about any of those races. And you know why? Because they were elections, not corrupt backroom maneuvering. Hey – does anyone know if the general election is won by influence-peddling with tiny groups of insiders or is it by winning elections?)

It’s as if Cruz and Trump are playing different sports: Trump keeps belting home runs, while Cruz is berating the umpire until he calls a balk, then prances to home base, telling everyone he hit a grand slam.

By that logic, THE RULES also say that a majority of Supreme Court justices can discover a right to abortion, gay marriage or free unicorn rides in the Constitution. There’s nothing stopping them, because, as a procedural matter, they get the last word. Those are THE RULES. (And THE RULES “have been known” for centuries!)

But that’s very different from saying, See, here it is in black and white: “the right of the people to keep and bear Arms, shall not be infringed.”

There’s no way to appeal a Supreme Court ruling, just as there’s no way to prohibit a state party from doing whatever it wants. But I wouldn’t go around boasting, “It’s THE RULES!” No, you found a procedural loophole.

A blog post attacking Trump-supporter Larry Lindsey claimed it was Lindsey’s own damn fault that he wasn’t allowed to participate in the Colorado convention last weekend. Remember, this comes from a post defending what the state GOP did:

“Early on in the saga, Lindsey wrote, ‘This year, I decided that as important as this election is to the future of our nation, that I needed to be involved in the Colorado Caucus. I attended the Douglas County Assembly, and then the County Caucus and was elected as a delegate.’

“OK, hold up right there. Lindsey would have had to first attend a precinct caucus before a county assembly …”

AHA! We’ve got you, Larry! Please — get a life. Exactly how many assemblies and caucuses was Larry required to attend? Do you need to read more to know what a weaselly nerd Cruz is?

Cruz is Tracy Flick in “Election.” He believes he deserves to win, God chose him to win — and if he starts to lose, well, then he’ll cheat. Victory goes to the pushy. 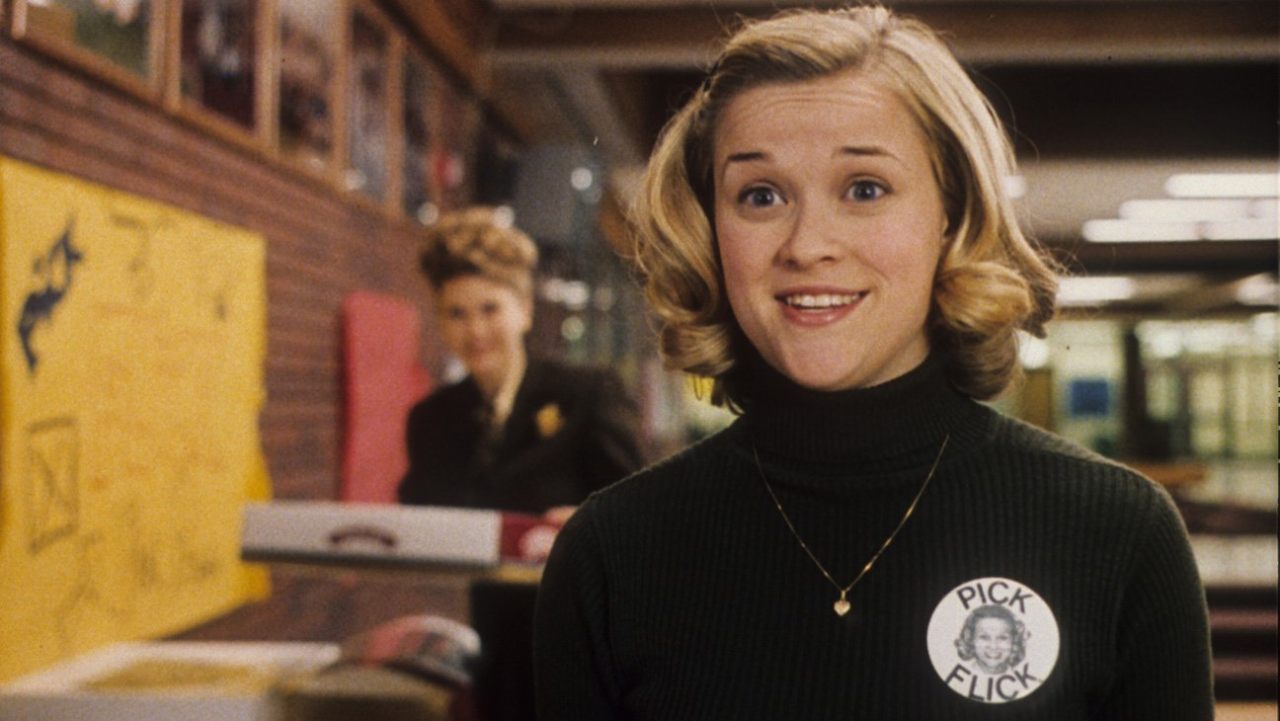 Dear Lord Jesus, I do not often speak with you and ask for things, but now, I really must insist that you help me win the election tomorrow because I deserve it and Donald Trump doesn’t, as you well know.

Imagine what nightmare a Cruz presidency would be! This is now the second time Cruz has forced me to research something his supporters were lying about — the last time was on Cruz’s alleged eligibility to be president, despite being born in Canada. (He’s not a “natural born citizen,” but I enjoyed reading all those Supreme Court opinions!)

Instead of fun stuff like building a wall, bringing manufacturing home and getting tired of winning so much, we’ll have to keep reading through centuries of British common law and RNC rulebooks until, out of exhaustion, we give in, and let Cruz run for student council president.