The guilty verdicts came eight months after his son, Chaka Fattah, was found guilty on 22 of 23 fraud charges.

Prosecutors persuaded the jury that Fattah borrowed $1 million from a donor who was hoping to win an ambassadorship and then repaid some of the money from his charitable groups and federal grants. The donor also helped pay for his South African nanny and paid $18,000 to help buy a Porsche for Fattah’s wife

By midday, Rep. Fattah’s office did not post a statement about the guilty verdicts. He represents an African-American urban district in Philadelphia.

Media coverage downplayed Fattah’s Democratic affiliation.  The AP report, for example, only mentioned his party membership in the third paragraph. A brief item in the Washington Post did not mention Fattah’s party affiliation. 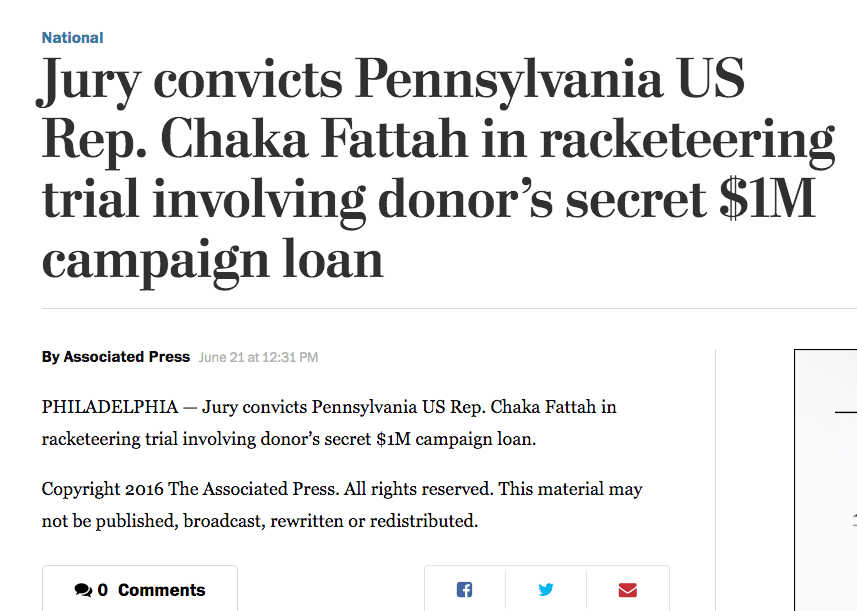