As conservative icon and living legend Phyllis Schlafly celebrated her 92nd birthday this week, leaders throughout the nation-state conservative movement offered their birthday well wishes to a woman whom they described as “America’s Margaret Thatcher,” “our true hero,” and “one of America’s greatest patriots.” 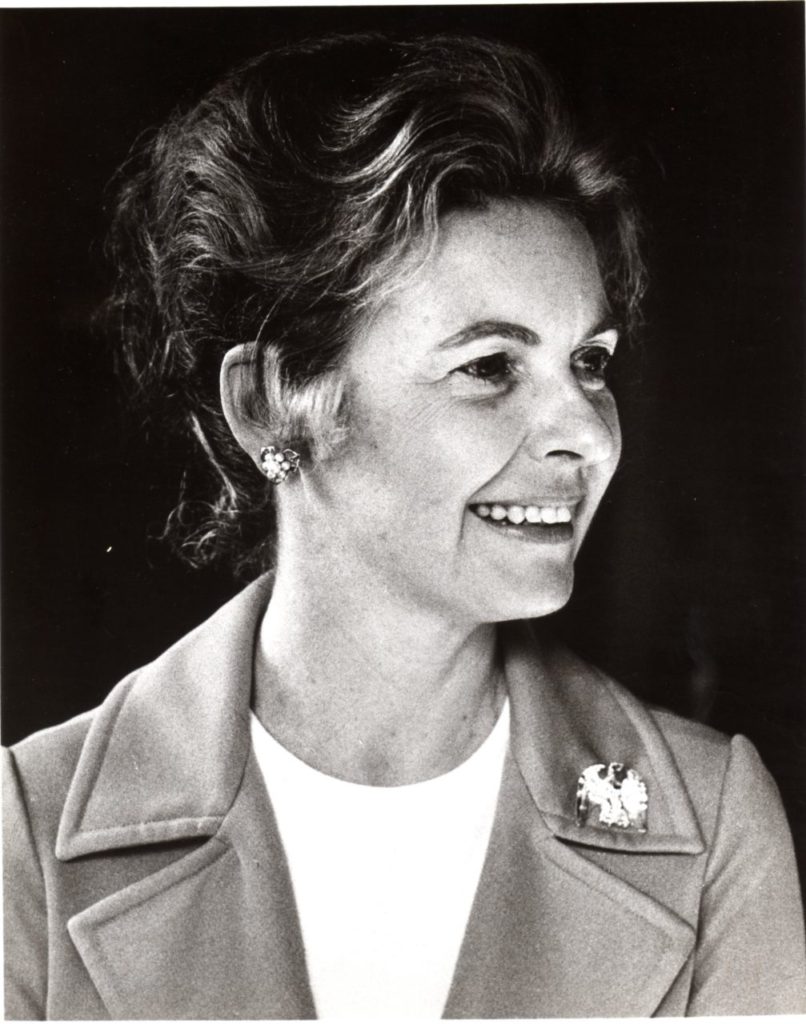 The conservative heroine celebrated surrounded by her children and grandchildren on Sunday, followed by a celebration on Monday with staff, volunteers, and close friends at her grassroots organization, Eagle Forum, which she formed over four decades ago.

Republican presidential nominee Donald Trump personally called Schlafly on her birthday to send her his well wishes. Schlafly had been one of Trump’s earliest and most influential endorsements.

“So kind of him to remember!” Schlafly wrote on Twitter after their telephone call. “I look forward to attending his inauguration next January 20!”

Trump’s birthday wishes and expressions of admiration were echoed by leaders throughout the conservative nation-state movement, which Schlafly was instrumental in helping to create.

Phyllis Schlafly is one of America’s greatest patriots. As a speaker, author, and activist, Phyllis has been a powerful voice for America and her exceptional heritage.  Her work has always courageously defended the legitimate interests of Americans who loyally serve their country and communities in war and peace.  Too often their needs are ignored.  She has served them with fidelity, never being afraid to take on powerful establishment forces in the process.  Her efforts remain unmatched.  Congratulations to Phyllis on her 92nd birthday.

Brat, whose new book outlines how these conservative principles paved the way for his insurgent campaign’s success, described Schlafly as “our true hero” who inspires conservatives to follow her lead. He went on to say:

She is courageous and fearless and principled and conservative all at the same time. It is very difficult to find people with such backbone and courage in Washington DC and in our politics when all the incentives and all the big money rewards compromising until we no longer even recognize the conservative message. Instead Phyllis starts with first principles and ends with first principles and this is what made our nation great and so today we all think of our true hero someone who fought the fight and stayed in the fight every day of her life and inspired all the rest of us to do the same.

“One of the greatest days in my life was when I was honored by Phyllis Schlafly and given a national award of recognition in my rookie year,” Brat added. “And this goes to show the type of person she is — she has built an entire conservative movement [yet] still finds time to pay attention to the new rookie on the block.” 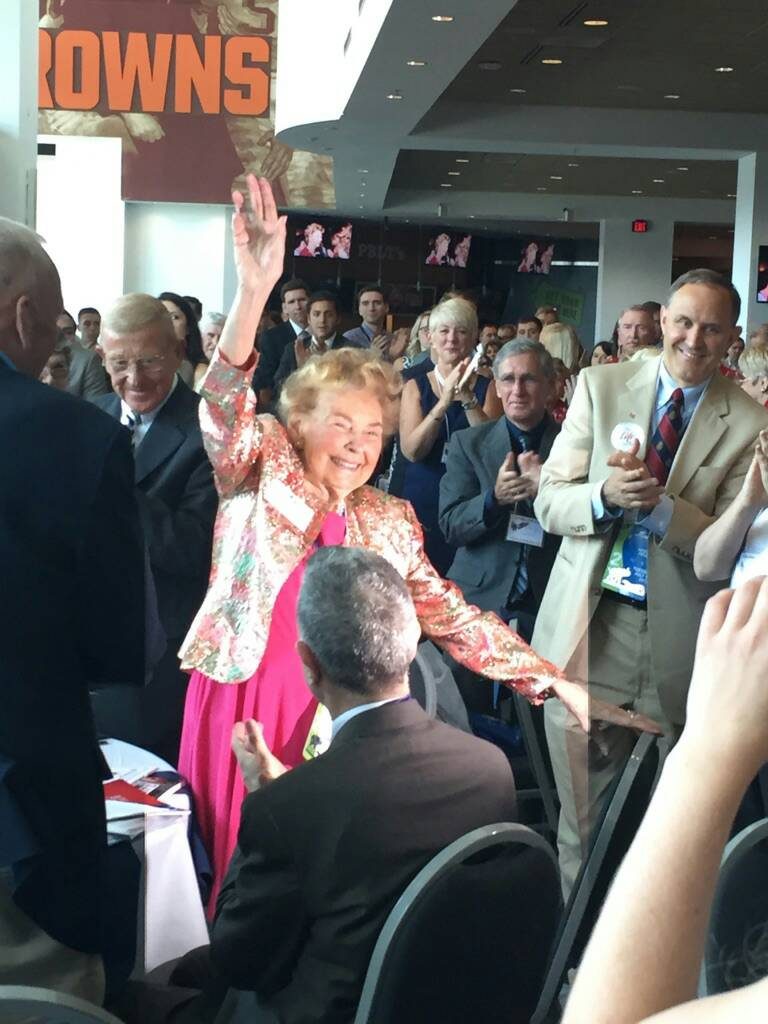 “Phyllis Schlafly has more guts, brain power and knowledge of the core tenets of American conservatism than anyone alive today,” said nationally syndicated conservative talk radio host Laura Ingraham. “If Phyllis is on your side, you know you’re on the right course. Happy Birthday to a heroic, inspiring warrior for freedom!”

“If you ever find yourself disagreeing with Schlafly, you should think long and hard about your position,” said Ann Coulter, the conservative columnist and eleven-time New York Times best selling author, whose latest book In Trump We Trust: E Pluribus Awesome!” will be released early next week.

“From Goldwater to the Equal Rights Amendment to Star Wars, Reagan and, more recently to John Lott, Ian Fletcher, and the magnificent Trump, Phyllis Schlafly is always right,” Coulter added.

Born in St. Louis, Missouri in 1924, Phyllis Schlafly has been active in politics for more than one-quarter of all American history and has attended every single Republican National Convention since 1952.

She helped launch the conservative movement, create the pro-family agenda, and has led the fight against open borders trade and immigration policies.

Her seminal 1964 book, A Choice Not An Echo, which sold over three million copies, inspired a generation of conservatives and defined the battle lines between the Republican grassroots and the party elites. Many have observed that the classic remains as important today as it was the day it was written.

Dating back to her creation of “study groups” throughout American homes in the 1950s to inform grassroots voters about the evils of communism, Schlafly’s mission has been, in part, to educate the electorate and hold politicians accountable to the people.

During the 1960s and early 1970s, Schlafly began the formation of her “Eagle” brand — devoted to inspiring conservatives across the nation to get involved and fight for conservative principles. The Phyllis Schlafly Report — her monthly newsletter designed to keep conservatives informed on the pressing issues of the day — is now entering its 50th year of publication with more than 600 reports published.

Schlafly is also a Daughter of the American Revolution, author or editor of over 25 books, a writer of nearly 2,500 columns, a lawyer, a mother of six, and a grandmother of 14.

Never one to shy away from engaging in a principled fight, Schlafly has gone toe-to-toe with some of the most powerful politicians in her own party and some of its most influential commentators.

One of her fights that changed the course of American history was Schlafly’s underdog triumph in defeating the so-called Equal Rights Amendment in the 1970s; the amendment passed Congress as part of the new wave feminism and had been sent to the states for ratification. Because of Schlafly’s efforts, it fell three states short of being added to the Constitution. 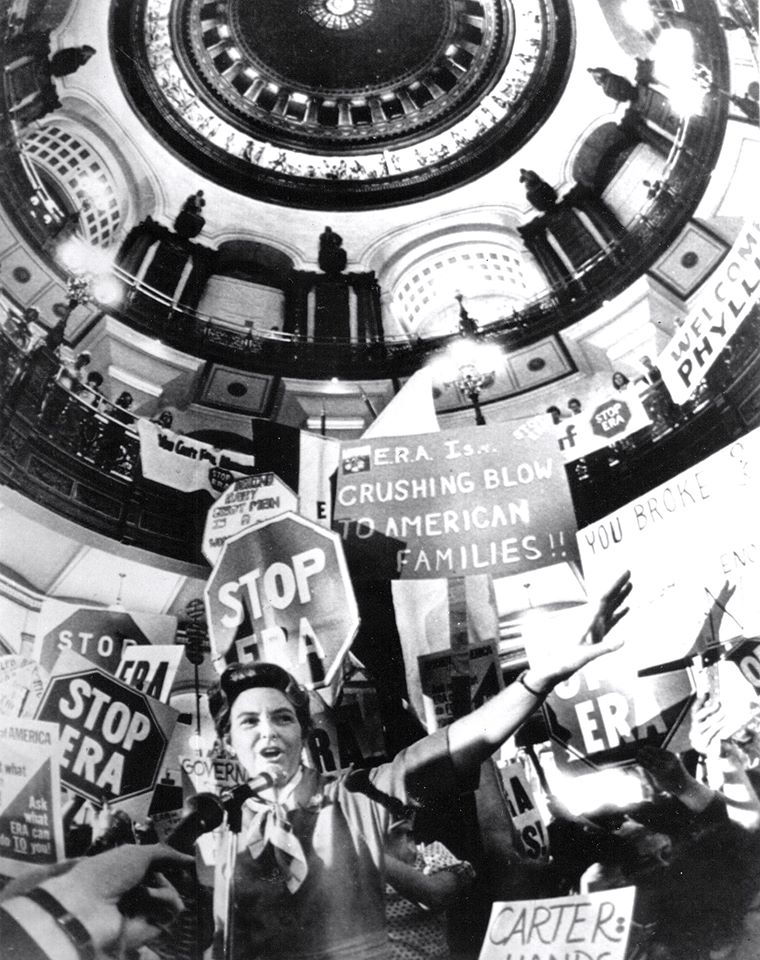 As President Ronald Reagan wrote in 1983, Schlafly is “darned effective. Her plan to counter the new E.R.A campaign is brilliant.”

“Her record of success is surpassed only by her reputation for class and wit,” said Eagle Forum president Ed Martin, referring to Schlafly’s famous charm and poise that has led to her being dubbed “The Sweetheart of the Silent Majority.”

Martin said, “Phyllis Schlafly has been active in politics since 1946 when she was the campaign manager for Claude Bakewell for Congress (he won!).  Since then, no American has played a greater role in American politics from fighting communists to defeating radical feminists; from writing 27 books and tens of thousands of columns to giving thousands of speeches on campuses and TV/radio; from Taft in ’52 through Reagan and Trump… A search of America’s history finds no greater leader [than Phyllis Schlafly] at such pivotal times.”