President Barack Obama’s policy of allowing a record level of 132,000-plus Central American migrants to cross the Texas border this year will cost Americans at least $28.4 billion in extra government spending.

Americans and their children will have to pay the equivalent of $28.4 billion this year to support the 132,000 Central American migrants over the next 75 years, according to data in a Sept. 22 report by the National Academies of Sciences, Engineering and Medicine.

Since 2012, Obama has welcomed roughly 430,000 adults and “unaccompanied alien children” who have  migrated from the poor, high-crime countries of Guatemala, Honduras and El Salvador.

Under current law, he could stop the migrants at the border, but he has chosen to treat them as refugees and to let them apply for Green Cards. The welcome has caused the migrant inflow to grow year-by-year, and is now creating new inflows of Haitians, Cubans and Africans. So far, very few of Obama’s 430,000 Central American economic migrants have been sent home.

The data in the new National Academies’ report predicts that Americans will have to pay at least $99 billion for Obama’s decision to admit just more than 430,000 Central Americans since 2012.

The 2016 Central American inflow is back in the news because this year’s inflow of at least 132,000 migrants is expected to surpass the 2014 wave, according to a Sept. 23 article in The Washington Post. That 2014 inflow was so unpopular that it helped unseat five Democratic Senators in November 2014 and ensured GOP control of the Senate.

The academies’ cost estimate per migrant is buried deep in its new 495-page report, which says the “75-year present value”  cost estimate for each unskilled immigrant is $231,000, assuming current federal spending plans continue without substantial change.

The term, ‘present value,’ is a way of describing how much money must be deposited in an interest-bearing bank account to pay for the near-term and far-term economic costs of migrants over the next 75 years. That costs include the healthcare, policing, educating and retirement cost of all average migrants. Roughly speaking, it means that every American with a job has to put $660 today into a bank to pay their share of the $99.3 billion in “present value” cost of Obama’s migration.

The problem with a “present value” calculation is that the government does not set aside money in interest-bearing accounts. Instead, it pays the costs year-by-year, aided by a relative trickle of taxes from the new immigrants. Overall, unskilled immigrants now cost state and local governments roughly $1,600 per person per year, says the report.

Over their lifetime, however, the year-by-year per-person total cost of unskilled migrants balloons to $640,000, says Robert Rector, an economist at the Heritage Foundation. In a recent article, Rector wrote;

Converting a net present value figure into future outlays requires information on the exact timing of future costs that are not provided by the National Academies. However, a rough estimate of the future net outlays (benefits minus taxes) for the 4 million adult immigrants without a high school degree who have entered the U.S. since 2000 is perhaps $2.6 trillion.

That works out to $1,834 in tax revenues per working American over the next few decades.

Those fiscal costs co-exist with the salary-cuts caused by cheap-labor immigration.

The huge scale of legal and illegal immigration over the last few decades has flattened wages and salaries for many Americans. That government-engineered labor supply has flooded the labor market, so imposing an “immigration tax” of roughly 5.2 percent, or $500 billion per year, on wages and salaries, according to the National Academies’ report.

In turn, that $500 billion is transferred to the the newest cheap-labor immigrants, and to the employers, investors and shareholders who gain from lower salaries.

The critical details about the ‘immigration tax’ are difficult to find in the National Academies’ long report, but a useful guide has been published by one member of the committee which wrote the report. Prof. George Borjas, a Harvard expert on immigration, posted his easy-to-use guide on his website. The guide says that,

Unfortunately the report does not give a transparent estimate of the size of the wealth transfer from workers to firms, reporting instead that, on average, wages went down by 5.2 percent. It would be better if they had reported the number of dollars involved in that transfer. That number, it turns out, would be about $500 billion.

Obama’s new central American migrants will further increase wage competition, especially for prior- low-skilled immigrants and African-Americans, the National Academies report admits. “To the extent that negative impacts occur, they are most likely to be found for prior immigrants or native-born workers who have not completed high school—who are often the closest substitutes for immigrant workers with low skills,” said a statement from the National Academies of Sciences, Engineering and Medicine.

Each year, roughly 4 million Americans turn 18 and begin to look for work.

Each year, the federal government also admits 1 million legal immigrants, plus roughly 800,000 temporary guest-workers — including many white-collar professionals — plus a few hundred thousand illegals, refugees and asylum-seekers. The overall annual inflow adds up to 2 new foreign workers for every four Americans who turn 18.

Working Americans also have to pay the governments’ huge fiscal costs of supporting the low-skill immigrants, and the Americans’ children will have to share their struggling public schools with Obama’s migrants, many of whom cannot read or write, even in Spanish. Wealthier Americans tend to send their kids to private schools.

The think-tank, properly titled The National Academies of Sciences, Engineering, and Medicine, is not a government-run agency. It is a privately run think-tank which writes politically influential reports for government and private-sector funders. For example, the group’s new Sept. 22 immigration study was funded by the pro-immigration John D. and Catherine T. MacArthur Foundation.

Federal officials track the Central American inflow under two categories. One is titled “Unaccompanied Alien Children,” which covers actual children, youths and young men who claim to be aged 17 or below. 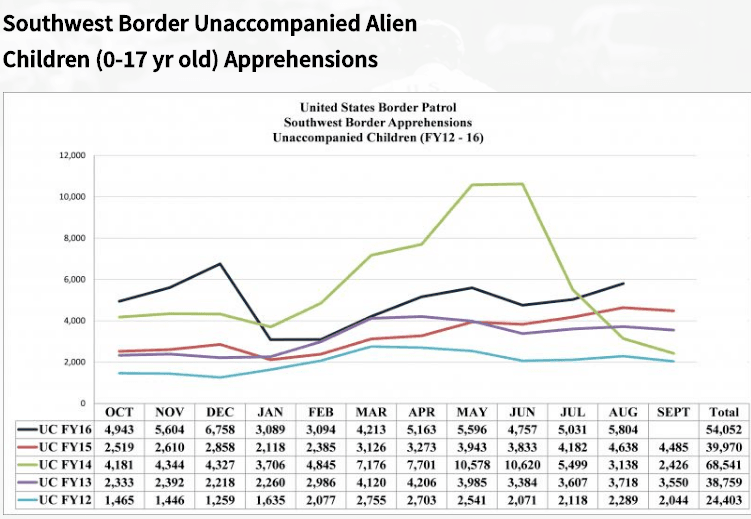 The second category consists of mothers, young women, teenage girls and small children. Each person is described as a “family unit.” 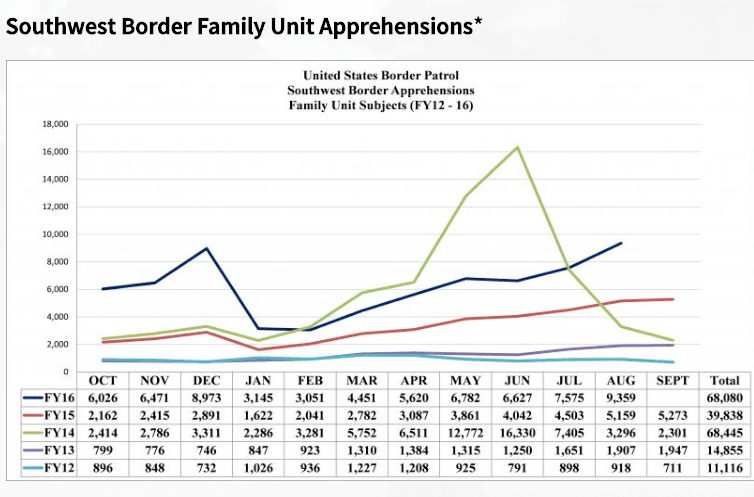