LYNCHBURG, Virginia — Several students speaking with Breitbart News at Liberty University’s convocation ahead of a speech by Republican Vice Presidential nominee Gov. Mike Pence was to speak expressed excitement. They had arrived several hours ahead of time and were looking forward to hearing Pence defend Republican presidential nominee Donald Trump. 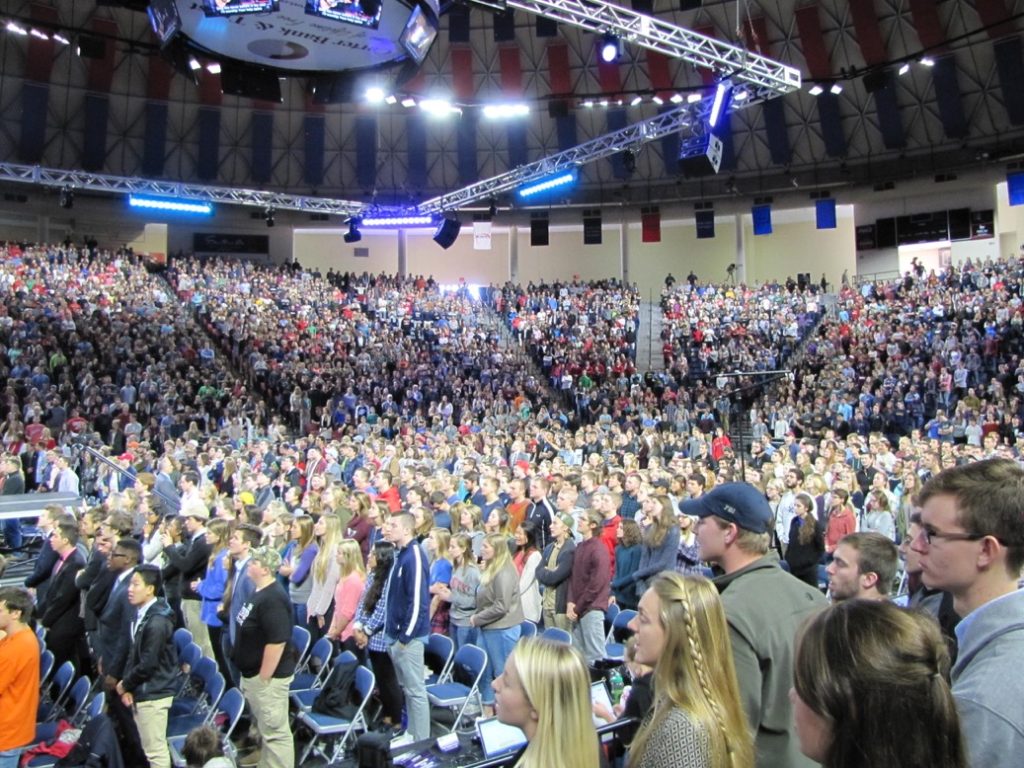 Liberty University business student Amanda Lewis told Breitbart news, ”We got here at 7am. We’ve been talking to people and are excited to hear what [Gov. Pence] has to say, defend Donald and what they’re going to do when they are elected to office.”

Overall I think it’s really cool how Liberty emphasizes politics especially in this day in age when it’s important for people our age to be involved. Especially Trump-Pence, their views line up with mine, they’re gonna back our first amendment rights, our second amendment rights. They’re the candidates that are going to represent our constitutional rights. I also think it’s really cool that Liberty brings in both sides, even bringing in Bernie Sanders so we can hear both sides. No candidate is perfect, and ultimately the only answer is Jesus Christ and no matter who wins we are in His hands. 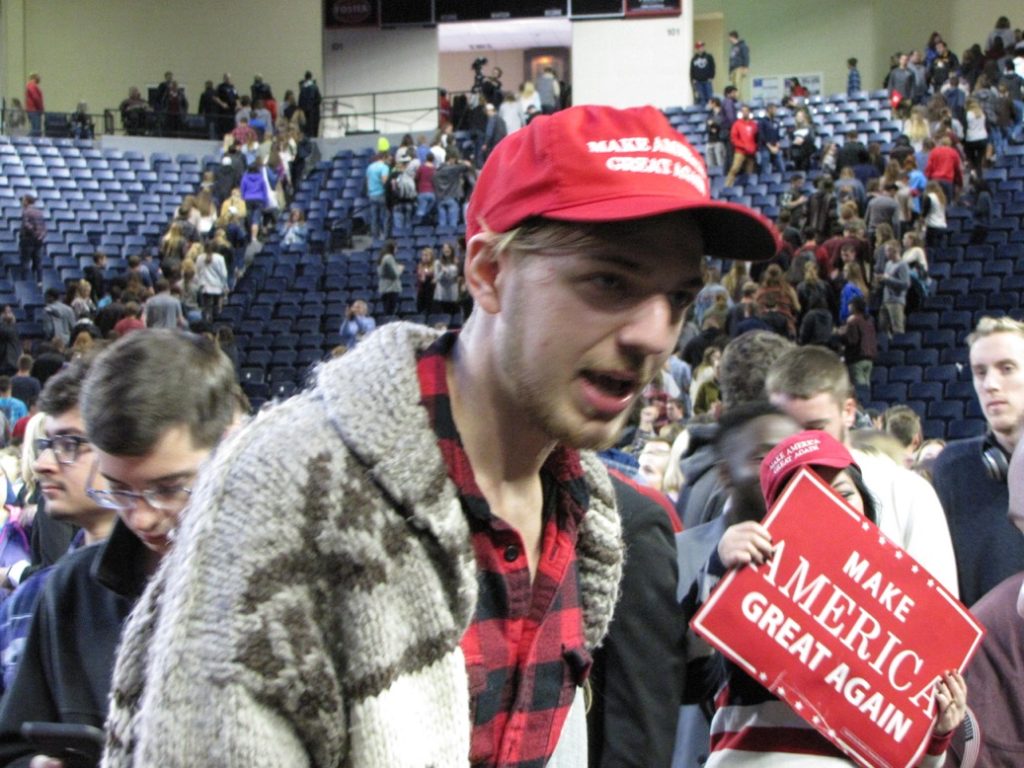 “I’m excited the see Mike Pence here at convo,” pre-med student John Carter told Breitbart News as he stood wearing his bright red Make America Great Again cap. Carter said he expected to hear about conservative issues that “we would like to see” and “what Donald Trump’s intentions are as the race continues.” Asked what was important to him as a student, Carter said, “as a student here we’re just really looking are our Christian values met in this next President’s policy, whoever that may be.” He said that the student body wants to hear more about support for pro-life and the Second Amendment. “We want us to see Donald Trump’s chances of winning this race increase by the end of this convocation.”

“Donald Trump won the debate hands down,” Pence said to the crowd that responded in cheers. He then addressed the release of the eleven-year-old video of Trump as the students had told this reporter they hope he would, in Trump’s defense. “America also saw something else in the debate on Sunday night. ‘Ya know it takes a big man to know when he’s wrong, to admit it, to express remorse and apologize and Donald Trump did just that.”

Pence described being asked on a television program the next morning how he, as a Christian, “could move beyond those moments and accept an apology.” Pence said, “As a believer we’re called to, we’re called to aspire to live Godly lives, but also we recognize that we all fall short. And it’s not about condoning what is said and done, it’s about believing in grace and forgiveness. As Christians we are called to forgive even as we have been forgiven.”

He continued, “I would submit to you last Sunday night my running mate showed humility. He showed what was in his heart to the American people and then he fought back and turned the focus to the choice that we face. It is a more dramatic choice than any time in any election in my lifetime.”