Pro-American immigration reformers and advocates for higher-wages are hammering Donald Trump’s selection of a cheap-labor, migration-boosting employer to run the Department of Labor.

The opponents — some of whom backed Trump’s pro-American, immigration-reducing promises in the election — are rallying opposition to Puzder’s appointment via the twitter hashtag, #NeverPuzder.

Trump’s deputies announced the selection of Andy Puzder, the CEO of CKE Restaurants, which owns Carl’s Jr. and Hardee’s fast-food restaurants, which get mixed reviews from their low-wage employees. Wages and productivity growth at the low-tech, low-wage restaurant industry are very low, in part, because the restaurants employ cheap immigrant workers instead of well-paid Americans plus greater automation. 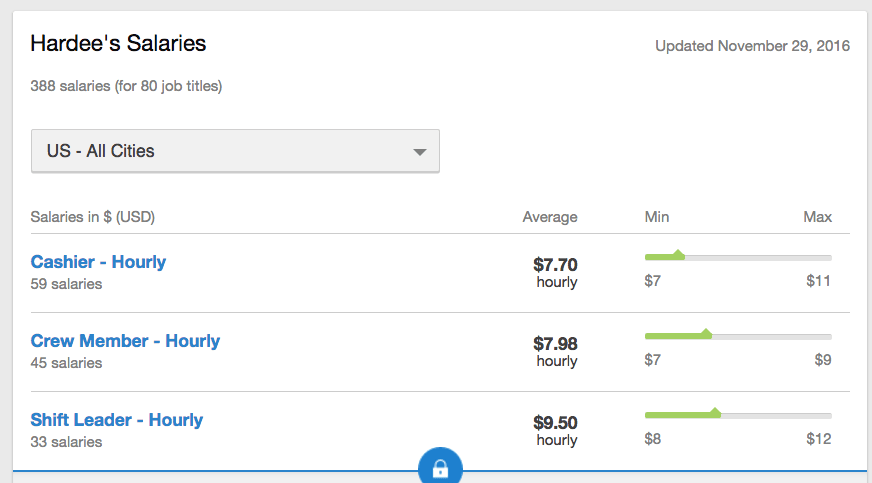 The Labor Department plays a central role in either enforcing or ignoring the weak worker-protection rules that protect Americans from imported illegal workers and from legally imported H-2B and H-1B guest-workers.

But Puzder is also a strong supporter of increased immigration, which provides his companies with a fresh supply of cheap workers — plus additional customers. In 2013, he supported the proposed “Comprehensive Immigration Reform” bill which would have provided companies with more white-collar H-1B guest-workers, plus more than thirty million new workers and customers by 2023.

Puzder also supported Gov. Jeb Bush and Sen. Marco Rubio, both of whom were defeated by Trump during the campaign, as he promised to curb low-wage competition from imported workers.

And the person Trump names to head Labor? Perhaps the most outspoken advocate of Bush-style immigration policy in US business community!

Fantastic Department of Labor pick. Time to roll back some visa regulations. https://t.co/J7lEaLjx8u

Andy Puzder tapped for Labor Secretary. Check out his piece in @sdut where he makes the case for immigration reform: https://t.co/kUdn1dAue1

Puzder, anti-labor CEO to be labor secretary. Wonder how long it will take for blue collar trump voters to realize they've been had.

That wage-cutting competition shifts roughly $500 billion per year from wages and salaries into company profits, boosting investors and Wall Street, but reducing productivity growth and creating a huge population of unemployed men and of government-dependent poor people in the United States.

In March 2016, Donald Trump promised to protect Americans from the guest worker programs, such as the H-1B program, which outsources at least 650,000 white-collar jobs to foreign guest workers living in the United States: “I will end forever the use of the H-1B as a cheap labor program, and institute an absolute requirement to hire American workers first for every visa and immigration program,” he said. “No exceptions.”

In contrast, Puzder just wants more immigration to boost employers and business. In 2015, for example, he wrote in the Wall Street Journal that:

Legal immigration policies should support economic growth. If current quotas are bringing in enough talent, let’s keep them. If more immigration or less red tape will boost the economy, let’s try that. Guest-worker visas should ebb and flow with the economy. Legal immigration should focus more on what workers can contribute to the economy, as is the case in most other nations, and less on distant familial relationships.