Pope Francis greeted former California governor Arnold Schwarzenegger Wednesday, just days after the film star’s name had been floated as a possible candidate for U.S. Ambassador to the Holy See.

Schwarzenegger, a Roman Catholic, has been repeatedly criticized by Church figures for his support for abortion and gay marriage, and for state funding of embryonic stem cell research.

Nonetheless, his name began appearing recently in short lists of possible candidates for the office of U.S. Ambassador to the Vatican, an important listening post for the American government. 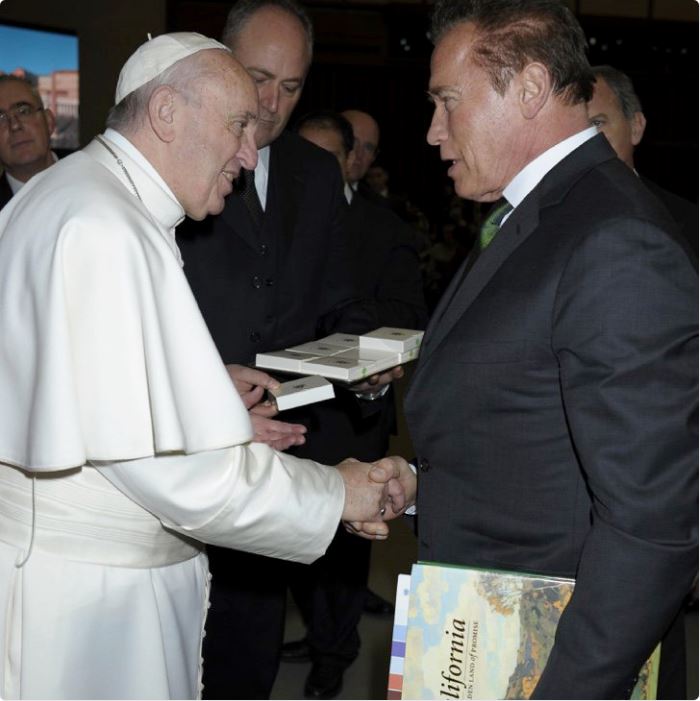 Though Schwarzenegger was married to Maria Shriver in the Catholic Church, after 25 years of marriage the couple split in 2011, although they have yet to finalize their divorce. Schwarzenegger met the Pope Wednesday accompanied by his current girlfriend, physical therapist Heather Milligan.

Schwarzenegger is an unlikely candidate for Ambassador to the Holy See. During the 2016 Republican primaries he endorsed John Kasich, and then announced in October that he would not vote for Donald Trump in the November election.