President Donald Trump will sign an executive order to begin a review process of national monuments designated by modern presidents, including former President Bill Clinton and former President Barack Obama, according to Secretary of the Interior Ryan Zinke.

“It directs the Department of Interior to make recommendations to the president on whether the monument should be rescinded, resized, modified in order to better manage our federal lands,” Zinke told reporters in a White House briefing on Tuesday evening. The president will travel to the Department of the Interior offices in Washington D.C. to sign the executive order on Wednesday.

The review would specifically address Obama’s Bear Ears designation within 45 days in an interim review, with a final review scheduled for 120 days, according to Zinke.

But Zinke specifically mentioned two controversial monuments in Utah, including the more recent designation of Bears Ears monument by Obama.

Zinke said the review would give state representatives and local industry a chance to for more input, fulfilling Trump’s campaign promises.

“I can tell you as a kid that grew up in Montana, who grew up in the West … this is long overdue,” Zinke said.

Zinke said it was “undisputed” that a president had the authority to modify a monument, although it was untested by the courts.

He acknowledged that environmental groups would try to challenge any efforts by Trump to modify any monument.

He blamed the media for raising fears that the review would set the stage of increasing oil and gas development of public lands.

“I’ve heard that many times and I think it’s the modern media that we live in today, we’re so polarized today,” Zinke said, promising that the review was not predisposed by a particular outcome.

The Interior Department issued a list of monuments that would likely fall under the review ordered by the president: 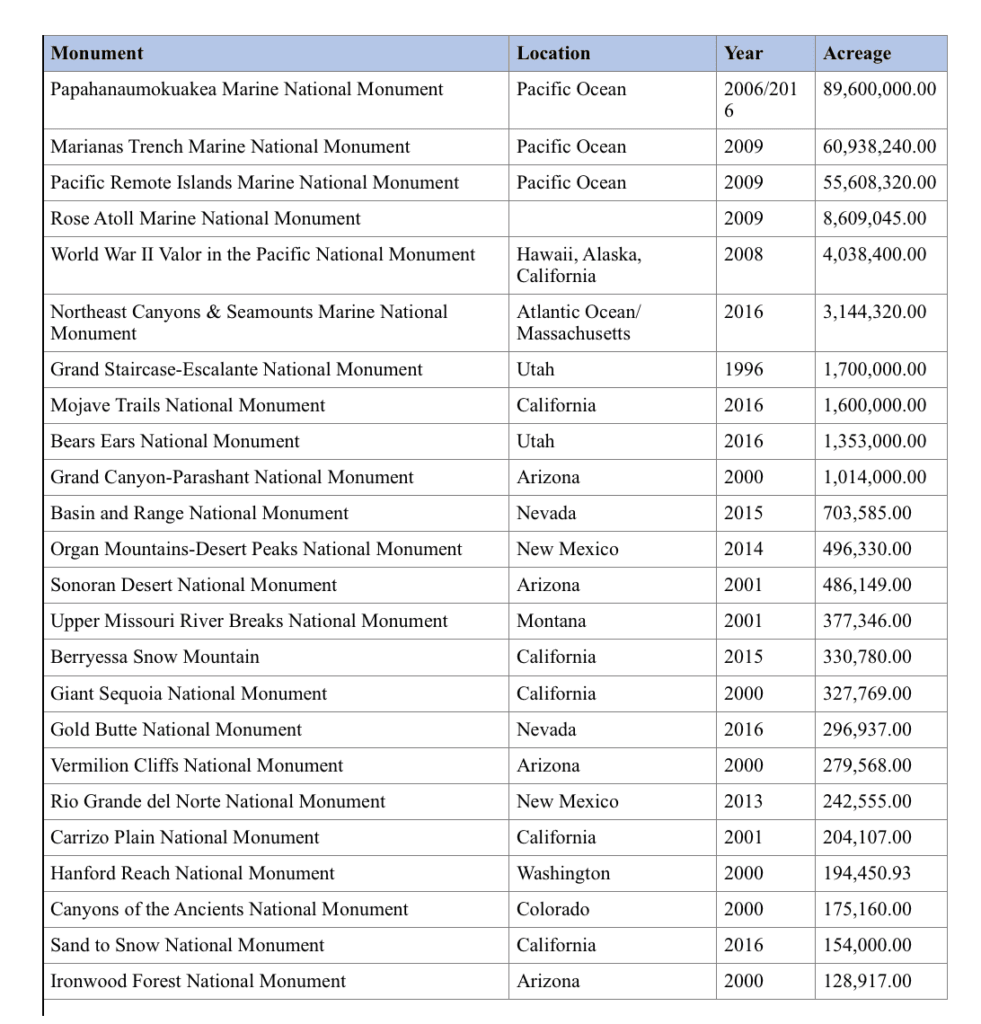