Rosenstein’s memo praised Director Comey’s service but slammed him for his announcement last July that no criminal charges were appropriate in the Hillary Clinton email investigation:

I cannot defend the Director’s handling of the conclusion of the investigation of Secretary Clinton’s emails, and I do not understand his refusal to accept the near universal judgment that he was was mistaken. Almost everyone agrees that the Director made serious mistakes, it is one of the few issues that unites people of diverse perspectives.

At most, the Director should have said the FBI had completed its investigation and presented its findings to federal prosecutors … The Director laid out his version of the facts for the news media as if it were a closing arument, but without a trial. It is a textbook example of what federal prosecutors and agents are taught not to do.

The memo goes on to cite eminent former Justice officials who served under presidents of both parties for the proposition that it is inappropriate for a law enforcement official like Comey to issue conclusions about the need for criminal prosecution, a matter of discretion for federal prosecutors.

Judge Lawrance Silberman, now Senior Judge of the Court of Appeals of the DC Circuit and President Gerald Ford’s Deputy Attorney General, is quoted as saying, “it is not the bureau’s responsibility to opine on whether a matter should be prosecuted … [Comey’s] performance was so inappropriate for an FBI director that I doubt the bureau will ever completely recover.”

Comey’s letter on October 28, stating that the Clinton emails investigation had been reopened, was also held up as an example of clear misconduct. Hillary Clinton has continued  to cite that letter as being responsible for her upset loss in the election held less than two weeks later.

Rosenstein concluded that immediate dismissal was the only remedy:

The FBI is unlikely to regain public and congressional trust until it has a Director who understands the gravity of the mistakes and pledges never to repeat them. Having refused to admit his errors, the Director cannot be expected to implement the necessary corrective actions.

Attorney General Sessions appears to have accepted the conclusions of the memo and recommended Comey’s dismissal. President Donald Trump took up that recommendation Tuesday when he sent the FBI Director a letter of dismissal, effective immediately.

Below are images of Rosenstein’s memo: 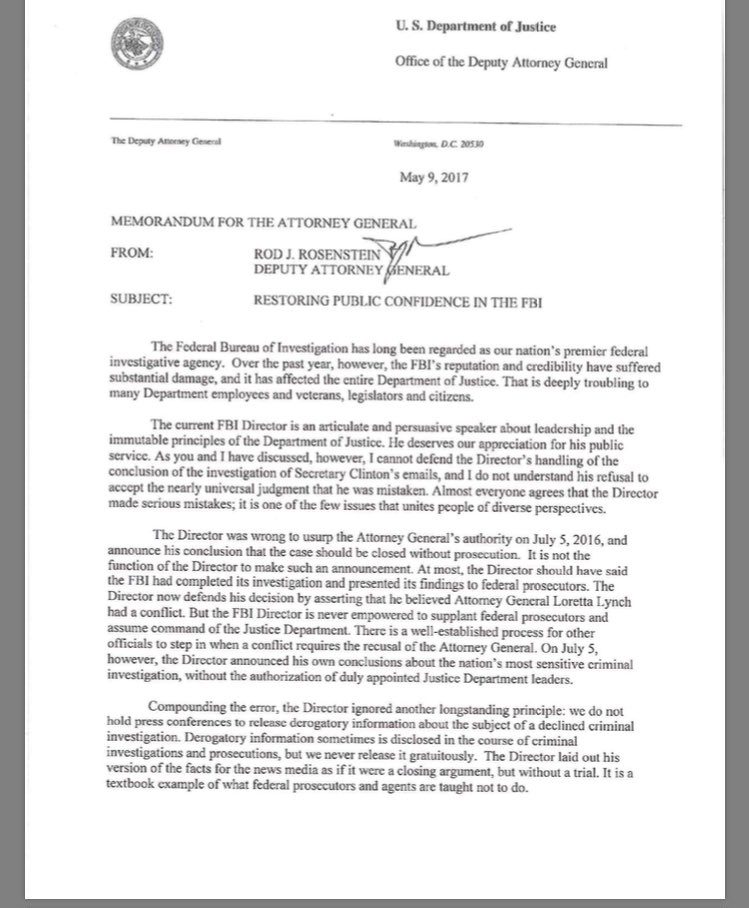 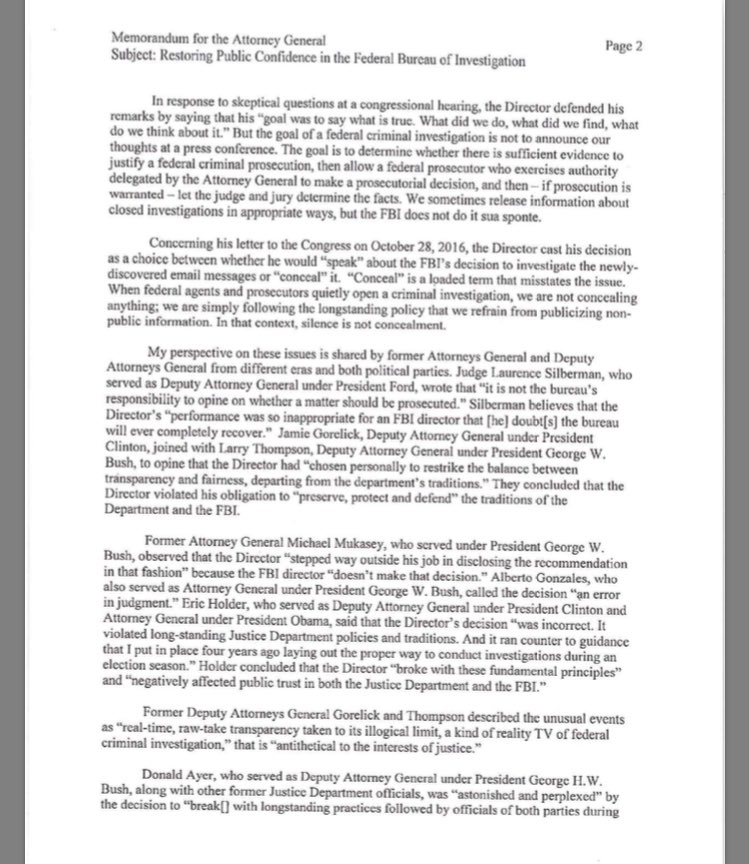