The President–who spoke for 35 minutes in the Polish capital last week–still faces claims of “Russian collusion” from the U.S. and British press. Meanwhile, those on the NATO front lines in Europe have declared their belief that the U.S. President will continue to stand with America’s NATO allies.

Speaking to Breitbart News, Sen. Anna Maria Anders, who also serves as the Polish government’s Plenipotentiary for International Dialogue said: “President Trump was incredibly well received.  There was a huge amount of excitement and anticipation about his visit and we were not disappointed.

“His speech was incredibly well received by everyone. It was amazing in that it was patriotic, non-partisan, and non-divisive. Before his visit critics said that his visit would isolate Poland from the European Union. Not at all. Unity was a main focus of his speech along with traditional values.”

Asked whether the visit allayed fears promoted by the U.S. press, as well as concerns fuelled by Donald Trump during the campaign itself, that the United States would abandon its NATO allies, Ms. Anders remarked: “[There is a] definite feeling in Poland that White House and the U.S. stands with us.

“Poland had mixed feelings about Trump when he won the Presidency. We were worried about his comments about NATO being obsolete and worried about his apparent friendliness with Putin and Russia. All those fears evaporated with this visit.” 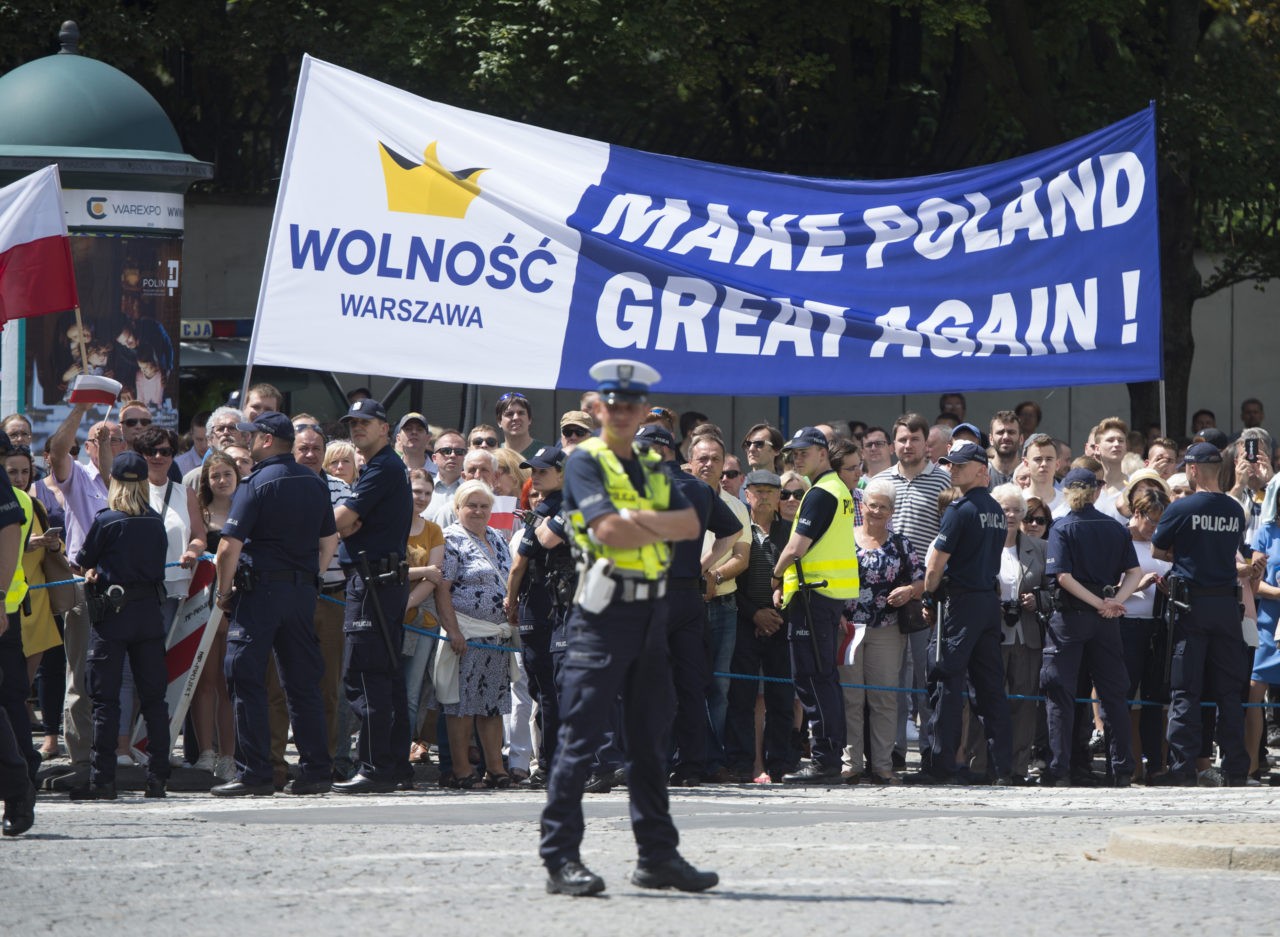 Poland’s Ambassador to the United States Piotr Wilczek told Breitbart News: “President Trump was very well received–as a leader of the most powerful country in the world and as a true leader of the West and defender of Western civilization, based on fundamental, common values.

“We were very impressed by the content and rhetorical mastery. This was undoubtedly the best speech given by an American president in Poland and one of the best public speeches ever delivered by an American leader. We were moved by its deep historical insight and profound understanding of our region.”

On the Russia question, he added: “We feel very reassured. It was an enormously strong statement, not only confirming Article 5 [of the NATO treaty] but also acknowledging the key role of transatlantic alliance of free, sovereign nations.”

President Trump’s speech in Warsaw marked the beginning of a “Trump doctrine” of international relations–the idea that the United States would happily stand alongside its allies, as long as they did not exploit their relationships with the U.S. and contributed fairly into international budgets i.e. NATO.

Even the left-leaning Guardian noted: “Donald Trump used the word “civilisation” 10 times in his first speech in central Europe. The man who brought us “America first” has expanded his vision, to a clash of civilisations.”

They characterised the visit as “pit[ting the] western world against barbarians at the gates”.

Domestically, President Trump and associates remain under a persistent onslaught from an establishment media hell bent on framing his election victory as contingent upon “collusion” with the Russian Federation.

Most recently, the New York Times has seized on an e-mail chain between President Trump’s son, Donald Trump Jr., and a slovenly publicist by the name of Rob Goldstone, who claimed that Russia was in favour of a Donald Trump victory at the elections in November 2016.

Other nations weighed into the U.S. elections prior to the vote also, with the British Prime Minister David Cameron, as well as Ukrainian officials stating their opposition to Mr. Trump, or preference for a Hillary Clinton presidency.